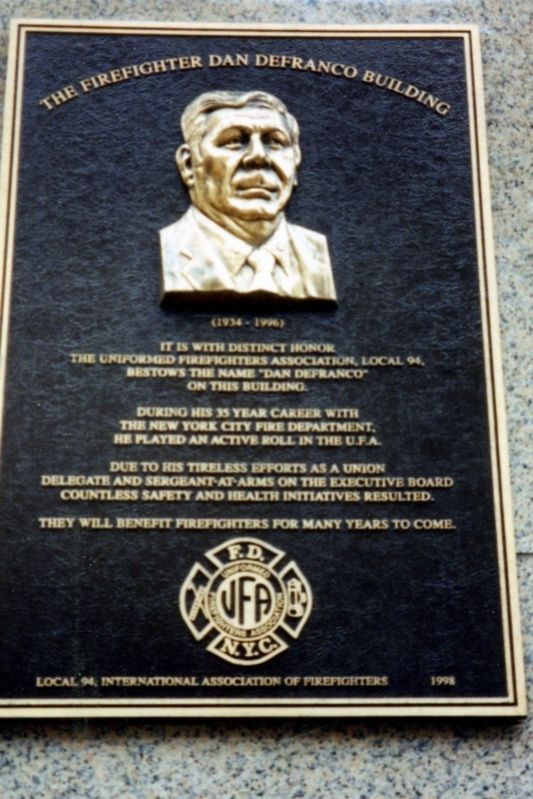 It is with distinct honor the Uniformed Firefighters Association, Local 94, bestow the name “Dan DeFranco” on this building.

During his 35 year career with the New York City Fire Department, he played an active roll (sic) in the U.F.A.

Due to his tireless efforts as a union delegate and Sergeant-at-arms on the executive board countless safety and health initiatives resulted.

They will benefit firefighters for many years to come.

Other nearby markers. At least 8 other markers are within walking distance of this marker. The Epiphany Peace Garden (about 500 feet away, measured in a direct line); Site of Rose Hill (about 600 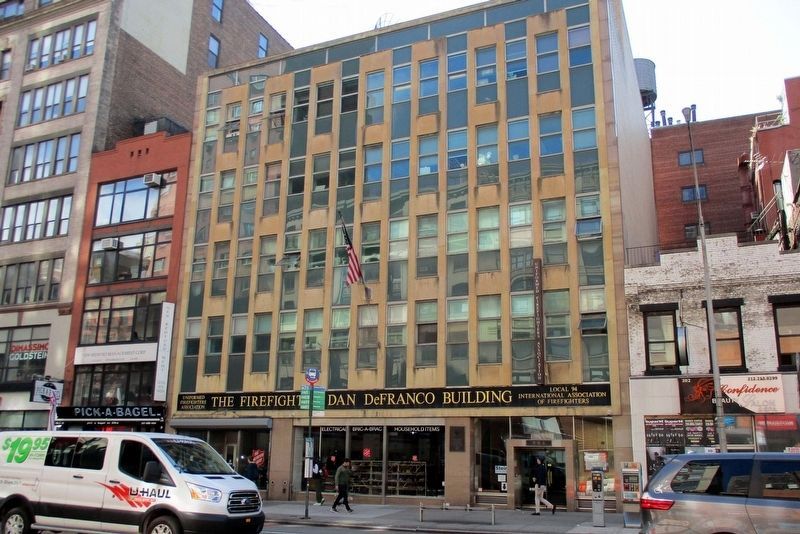 Photographed By Larry Gertner, October 12, 2019
2. The Firefighter Dan DeFranco Building
The plaque is at the entrance. 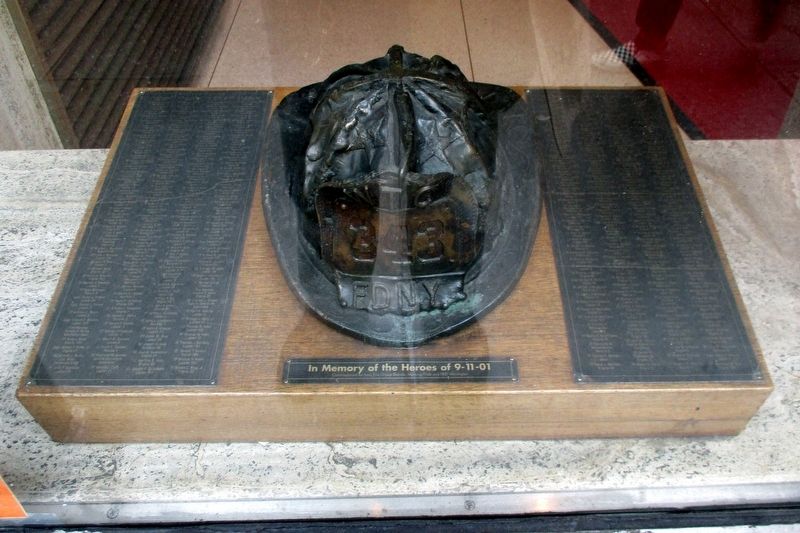