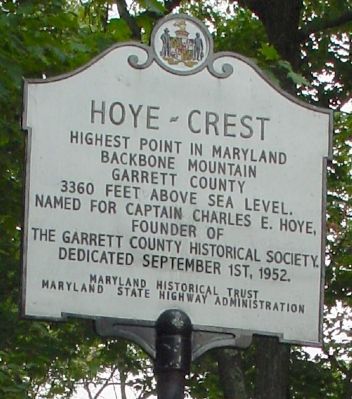 Topics and series. This historical marker is listed in this topic list: Natural Features. In addition, it is included in the Maryland Historical Trust series list. A significant historical date for this entry is September 1, 1858.

Location. 39° 14.245′ N, 79° 29.122′ W. Marker is near Oakland, Maryland, in Garrett County. Marker can be reached from U.S. 219, 5½ miles south of U.S. 50, on the left when traveling south. Marker is on the crest of the mountain, accessible only on foot. Access to this Maryland landmark is via a one mile hike from the the trailhead on U.S. 219 in West Virginia 2½ miles south of the Maryland line. This area is on the left side of the road when traveling south and less than one mile south of the "Smallest Church in the 48 States" in Silver Lake, West Virginia. The trail is marked at the road with a red "MD" and an arrow painted on the back of a road sign visible on the left side of US 219 when traveling 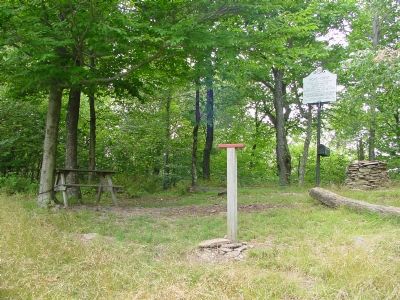 Photographed By J. J. Prats, August 6, 2006
2. Hoye Crest
The cairn of stones on the right next to the marker marks the highest point in Maryland. Mailbox on the marker shelters a guest book and a stack of blank certificates. A notice on the door of the mailbox requests visitors to sign the guest book take a certificate as a memento of their climb. The camera stand is in the foreground and the picnic table can be seen on the left.

Click or scan to see
this page online
south. The trail is described to be "on a moderate pitch" and is well marked with red "HP" (High Point) blazes. Most cars can negotiate the Jeep road a few hundred feet up to a parking area. If you would rather not, there is a wide spot on US 219 across from the trailhead where a few cars can park. There is approx 600 feet of rise in altitude from the road to the crest. Touch for map. Marker is in this post office area: Oakland MD 21550, United States of America. Touch for directions.

More about this marker. Marker is approximately 300 feet from the Maryland-West Virginia border in Maryland.

Regarding Hoye - Crest. There is a picnic table and camera stand at the marker.

Also see . . .
1. Hoyle-Crest, Backbone Mountain, Maryland. This page has hiking information and a photo of the marker. (Submitted on March 11, 2006.) 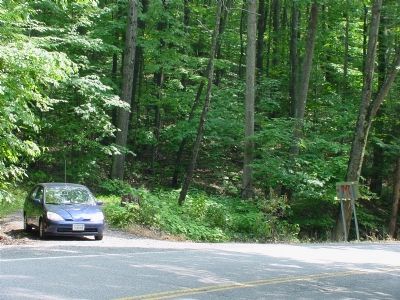 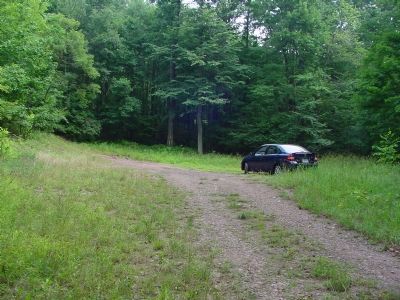 Photographed By J. J. Prats, August 6, 2006
4. Wide Spot on the Trail Where You Can Park
This is the parking are a few hundred feet up the trail. The trail continues to the left. You need a high-clearance vehicle to continue the climb in a motorized vehicle. The trail will veer off the jeep road before it reaches the mountain's crest and there is no place to park at that point. So abandon your car here and start walking. 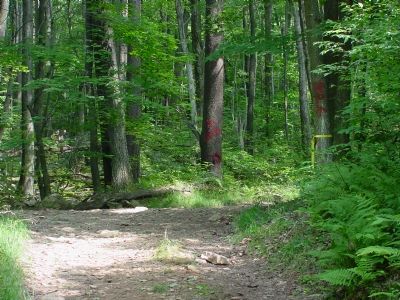 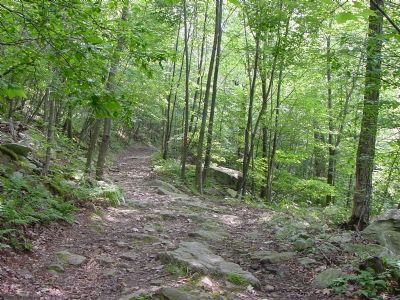 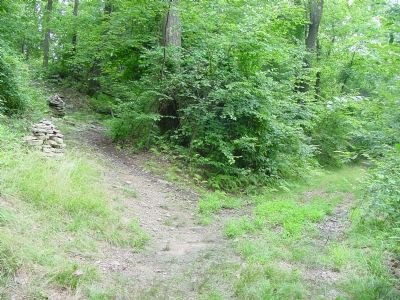 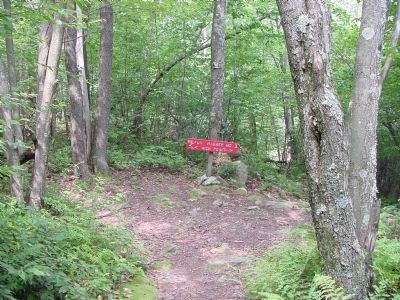 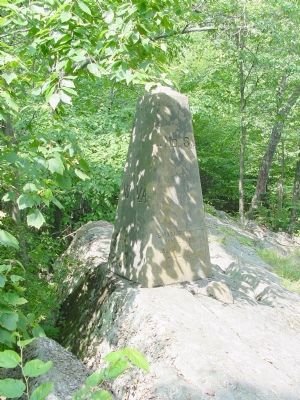 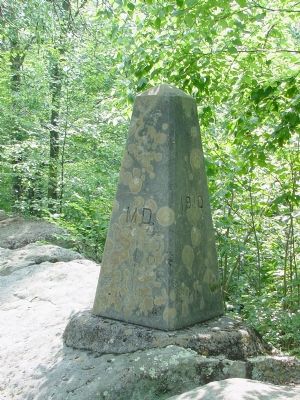 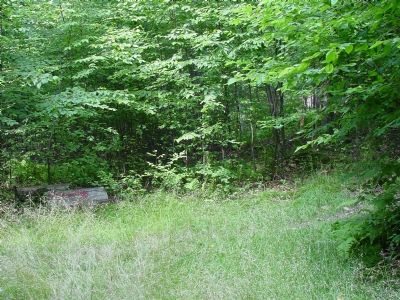 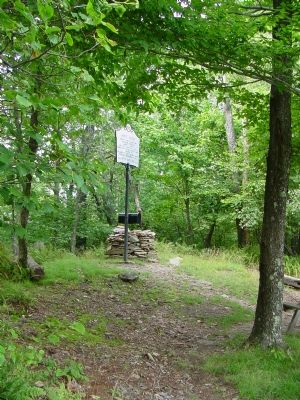 Photographed By J. J. Prats, August 6, 2006
12. First View of the Goal
Because of the dense foilage, you never see the marker until you make the last turn on the path. And there it is! 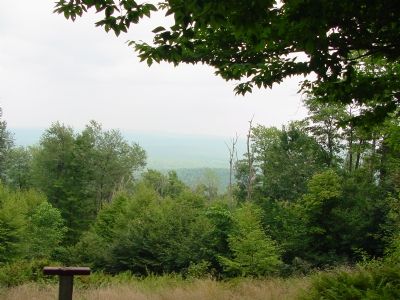 Photographed By J. J. Prats, August 6, 2006
13. View From Hoye-Crest on a Hazy Day
The only view is towards Maryland. Trees and shrubs block the view north, south and west. 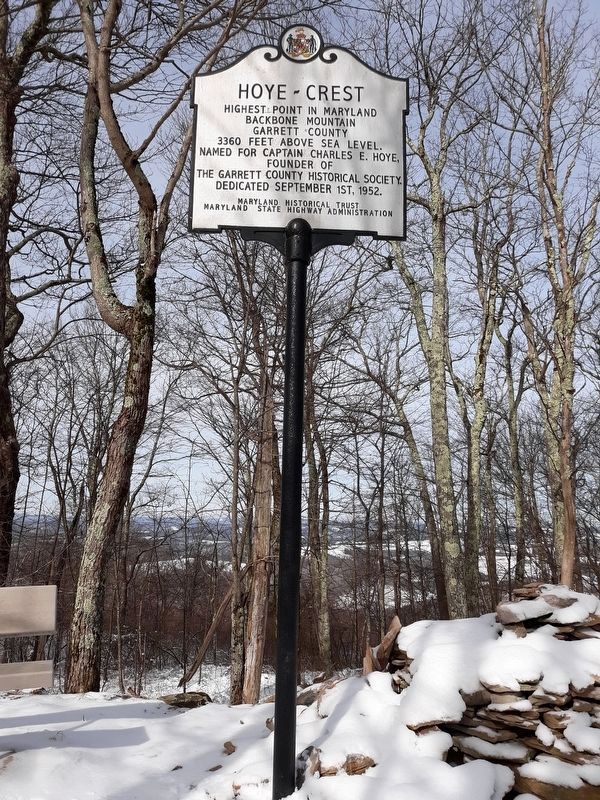 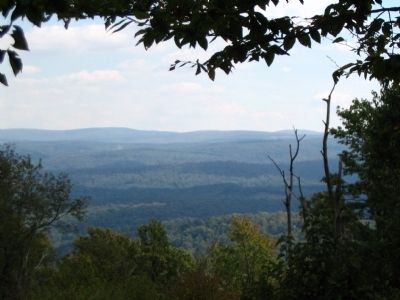 Editor’s want-list for this marker. Photo of Backbone Mountain's crest from another vantage point • Can you help?
Share this page.