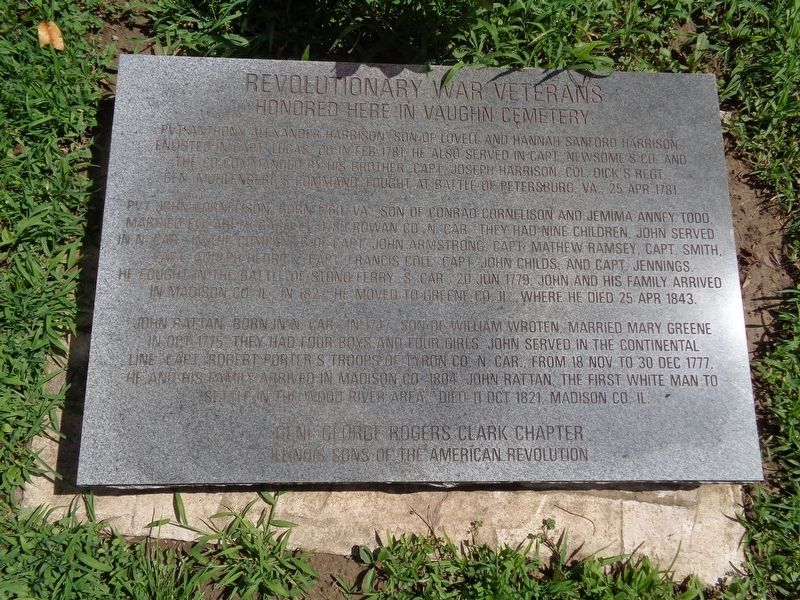 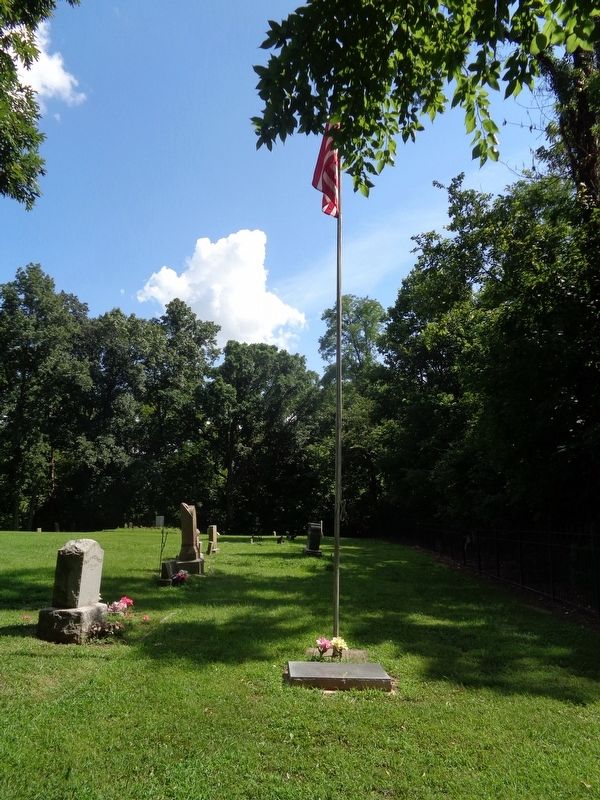 Topics and series. This memorial is listed in these topic lists: Cemeteries & Burial Sites • Settlements & Settlers • War, US Revolutionary. In addition, it is included in the Sons of the American Revolution series list. A significant historical month for this entry is February 1781.

Location. 38° 52.49′ N, 90° 3.452′ W. Marker is in Wood River, Illinois, in Madison County. Memorial is on South Bellwood Drive (Illinois Route 111). Marker is located at Vaughn Cemetery, also known as Vaughn Hill Cemetery. There is a short unnamed road that leads to the cemetery, close to Vaughn Hill Church of Christ. Touch for map. Marker is at or near this postal address: 692 S Bellwood Dr, Wood River IL 62095, United States of America. Touch for directions.

More about this marker. Marker was dedicated on November 13, 2016, with Wood River mayor Frank Akers with members of the Sons of the American Revolution as featured speakers. One of John Rattan's descendants helped unveil the marker. 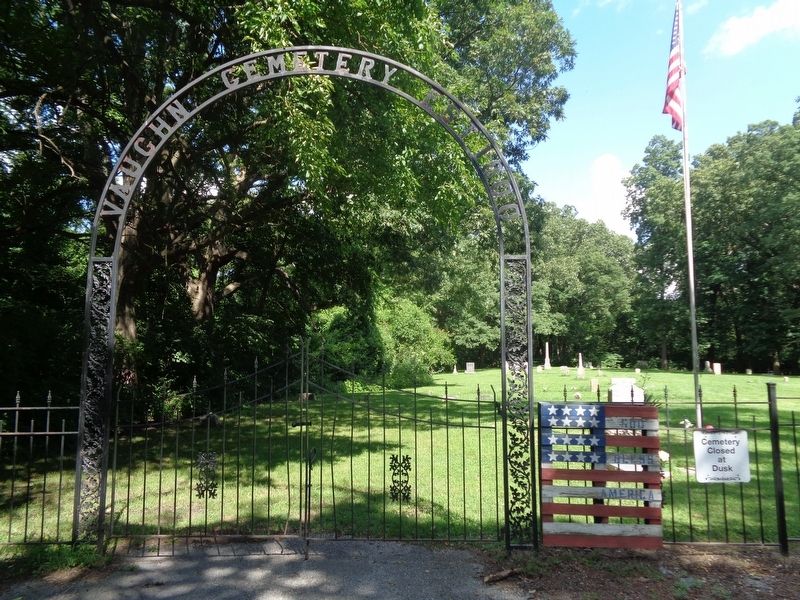