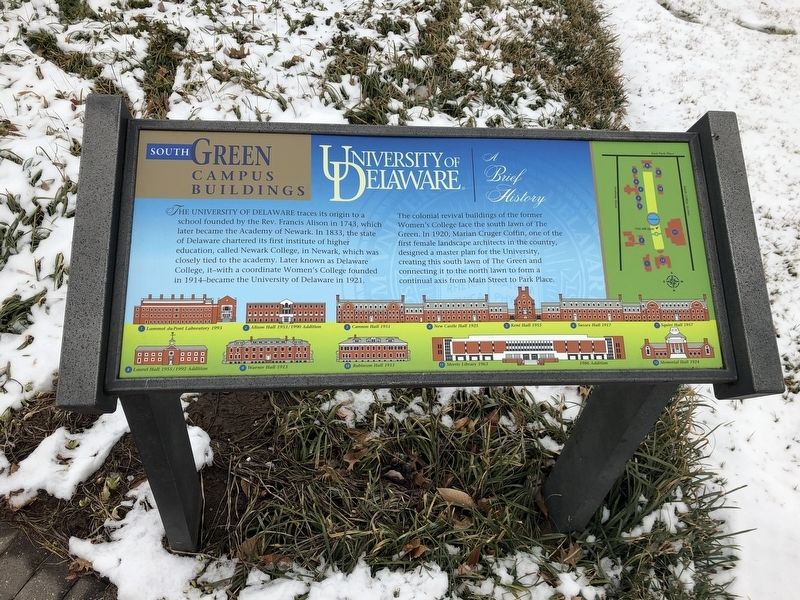 The colonial revival buildings of the former Women's College face the south lawn of The Green. In 1920, Marian Cruger Coffin, one of the first female landscape architects in the country, designed a master plan for the University, creating this south lawn of The Green and connecting it to the north lawn to form a continual axis from Main Street to Park Place.

Erected by University of Delaware.

Topics and series. This historical marker is listed in these topic lists: Architecture • Churches & Religion • Education • Women. In addition, it is included in the University of Delaware series list. A significant historical year for this entry is 1743. 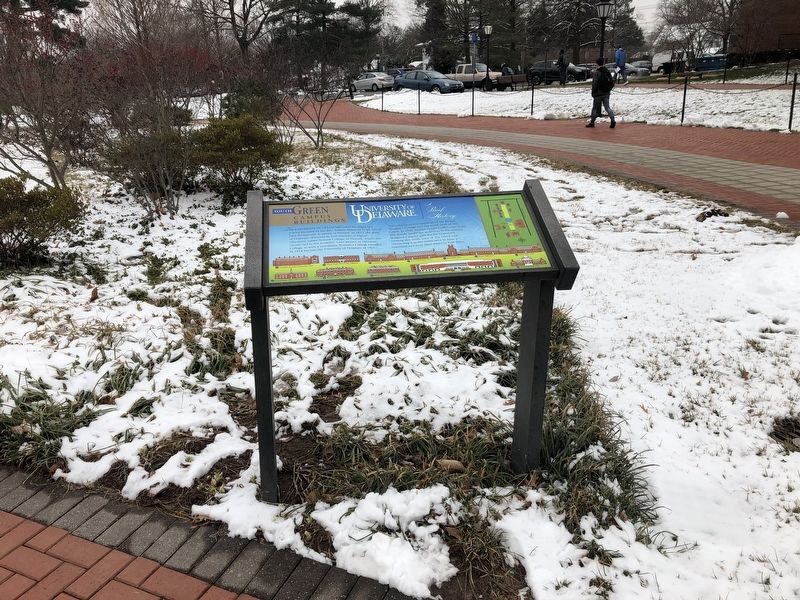 Additional commentary.
1. Duplicate Marker
A duplicate of the marker exists on the green. The only differences visible are the locations and orientations on the maps.
— Submitted July 31, 2020. 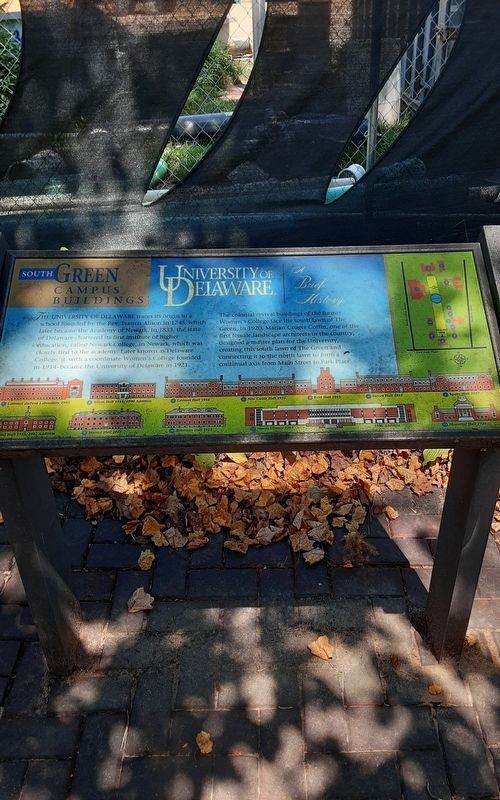