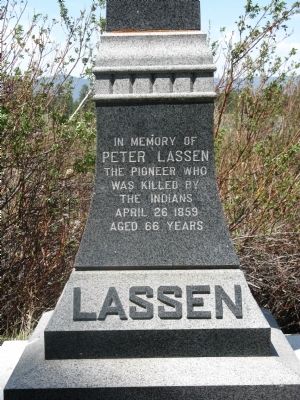 Photographed By Syd Whittle, May 11, 2008
1. Peter Lassen Grave Marker
Inscription.
Peter Lassen Grave. . In memory of Peter Lassen, the pioneer who was killed by the Indians, April 26, 1859, aged 66 years. . This historical marker was erected in 1862. It is Near Susanville in Lassen County California

Topics and series. This historical marker is listed in these topic lists: Cemeteries & Burial Sites • Exploration • Settlements & Settlers • Wars, US Indian. In addition, it is included in the California Historical Landmarks series list. A significant historical month for this entry is April 1862. 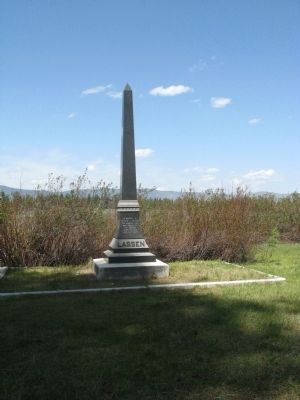 Regarding Peter Lassen Grave. On June 14, 1862, the local Masonic Lodge placed a ten-foot tall stone marker on Lassen’s grave. By the early 1900s, a portion of that monument had deteriorated. In 1917, after a year and half long campaign to raise funds, a new Lassen monument was erected next to the old one. In 1957 this became California Historic Landmark No. 565.

Also see . . .  Peter Lassen Grave. The tree mentioned in this article is called a Ponderosa Pine. However in other articles it is referred to as a Giant Sequoia. Since this area is in a Ponderosa Pine Forest area, and Sequoias are found south of this area in the Central Sierra Nevada Mountains, it would make more sense that this was in fact a Ponderosa. (Submitted on August 17, 2008, by Syd Whittle of Mesa, Arizona.) 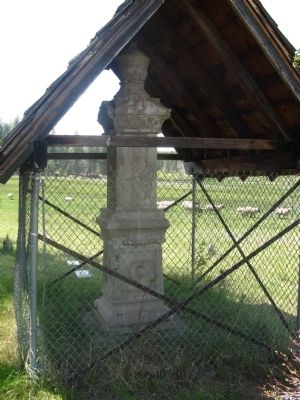 Photographed By Syd Whittle, May 11, 2008
3. Peter Lassen Grave Marker
The original marker, placed on June 14, 1862. The two smaller grave markers on the ground next to the marker belong to Edward Clapper, who was also killed, and Joseph Lynch, a friend of Peter Lassen 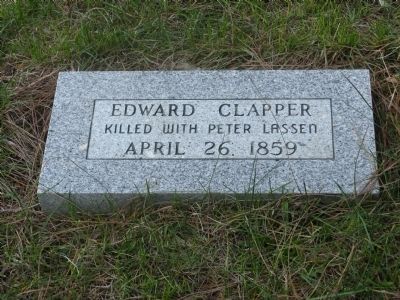 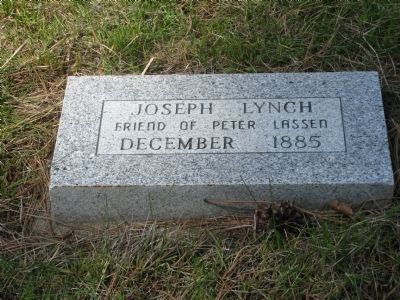 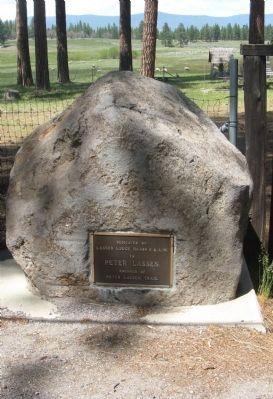 Photographed By Syd Whittle, May 11, 2008
6. Plaque at entrance to cemetery 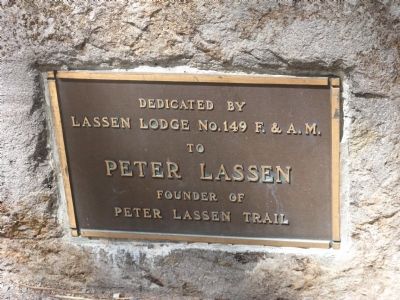 Photographed By Syd Whittle, May 11, 2008
7. Plaque at entrance to cemetery 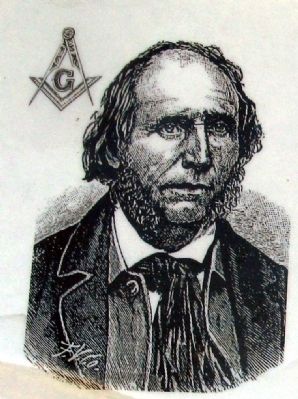 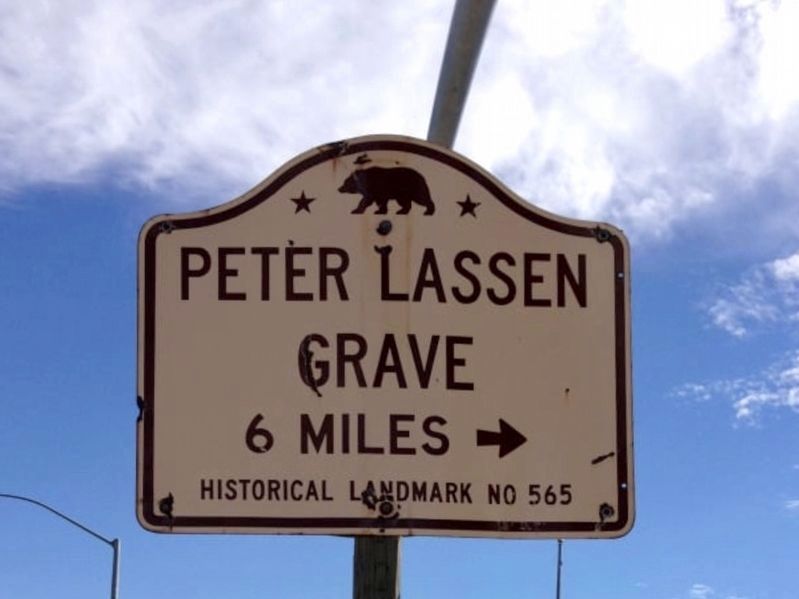