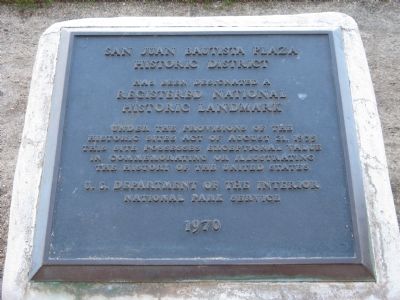 San Juan Bautista Historic District
has been designated a
National Registered
Historic Landmark
Under the provisions of the
Historic Sites Act of August 21, 1935
This site possesses exceptional value
in commemorating or illustrating
the history of the United States

Erected 1970 by US Department of the Interior, National Park Service.

Topics and series. This historical marker is listed in these topic lists: Churches & Religion • Native Americans • Parks & Recreational Areas • Settlements & Settlers. In addition, it is included in the National Historic Landmarks series list. A significant historical year for this entry is 1935.

Other nearby markers. At least 8 other markers are within walking distance of this marker. Castro/Breen Adobe and Plaza Hotel (a few steps from this marker); 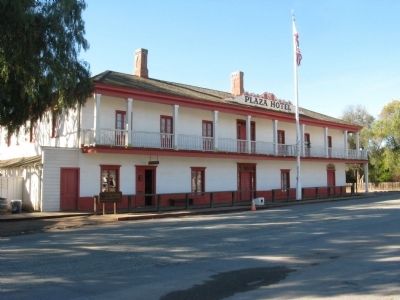 Photographed By Syd Whittle, January 11, 2009
2. The Plaza Hotel
Note marker base at the front of the building.
California Registered Historical Landmark No. 180
Angelo Zanetta built this hotel in 1858. It has been restored to look as it did in the 1860's, when San Juan Bautista was an important stop on the stage route between Northern and Southern California. Zanetta purchased the land and the adobe buildings that stood here in 1858. The buildings had housed Spanish soldiers as early as 1813-1814, but their walls were still solid. Zanetta added a wooden second story complete with balcony, sleeping rooms and other conveniences. The hotel's grand opening was celebrated in January 1859. Source: San Juan Bautista State Park Brochure

More about this marker. This location is California Historical Landmark No. 180

Additional commentary.
1. This Site Has Been Designated as a National Historic Landmark:
Statement of Significance (as of designation - April 15, 1970):
Striking example of a 19th century village built on a traditional Spanish-Mexican colonial plaza plan, the district is composed of five buildings, all facing the Plaza and all completed between 1813 and 1874.

Note: The five buildings mentioned are: The Mission, 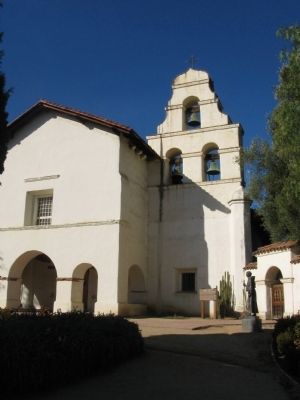 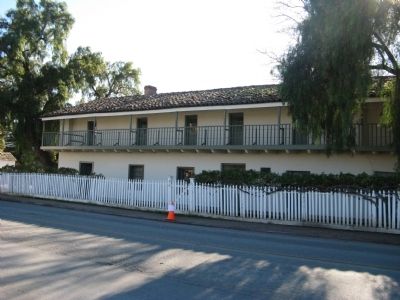 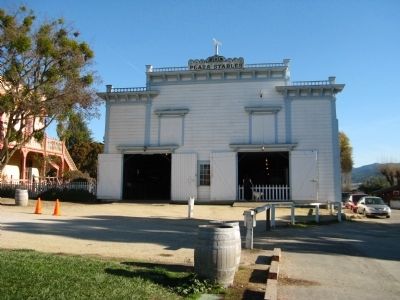 Photographed By Syd Whittle, January 11, 2009
5. Plaza Stables
The Plaza Stable was built around 1874 to handle the stage and wagon traffic during San Juan's busiest years. It was operated by a succession of men, including John Comfort, a partner of Angelo Zanetta. At one time there were seven stage lines operating through San Juan and up to eleven coaches arriving and departing daily. Source: San Juan Bautista State Historic Park Brochure 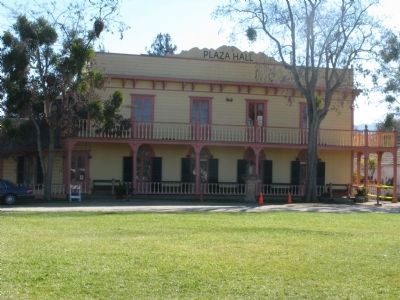 Photographed By Syd Whittle, January 11, 2009
6. Plaza Hall
John Comfort and Angelo Zanetta acquired this land and the existing adobe building which may have housed cavalrymen and even earlier served as a monjerio or dormitory for unmarried Mission Indian women. In 1868 Zanetta and Comfort used the adobe bricks to form the ground floor of a two-story building that they hoped would become the county courthouse for the newly formed San Benito County. After Hollister was chosen as the County Seat, the first floor was modified to serve as part of the hotel and later as the residence of Zanetta. The upper floor was used for public meetings and celebrations. Source: San Juan Bautista State Historic Park Brochure 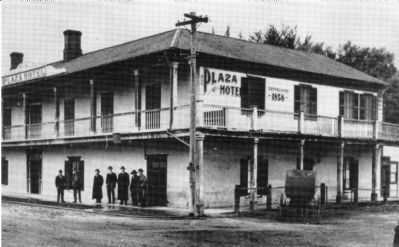 Photographed By Plaza History Association, San Juan Bautista SHP, 1998
7. Plaza Hotel, c1911
Description on postcard:
The ground floor was built for the Spanish soldiers in 1813. In 1856, Angelo Zanetta remodeled the building and added the second floor. The hotel was in continuous use until purchased by the state in 1933.
Photo credit: California State Parks 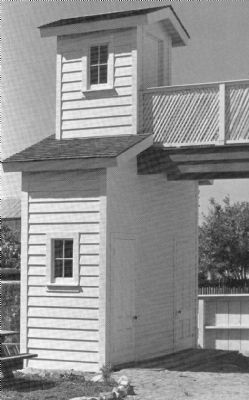 Photographed By Plaza History Association, San Juan Bautista SHP, 1998
8. Two Story Outhouse at the Plaza Hotel, c1982
Description on postcard:
The outhouse was built in the 1850's for Plaza Hotel guests. Women and small children had access to the upper unit from the second floor of the hotel. The men and older boys used the ground floor units.
Photo courtesy of: Dave Hammell 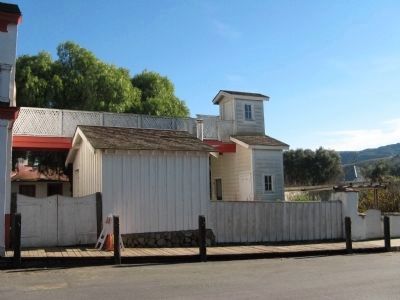 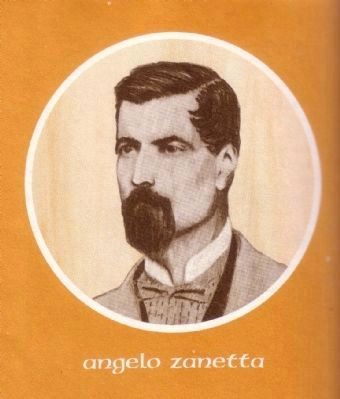 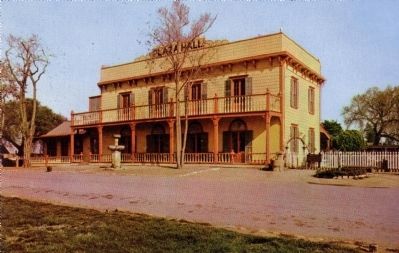 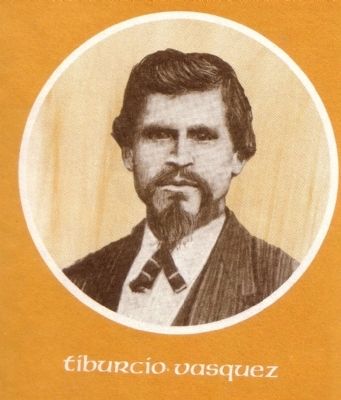