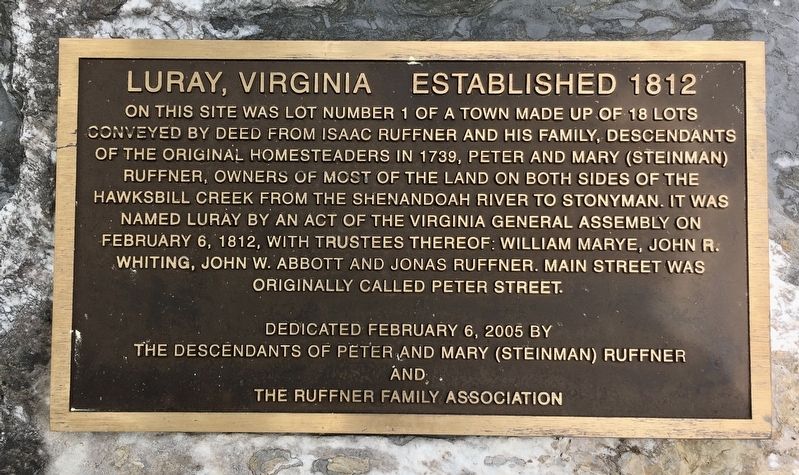 On this site was lot number 1 of a town made up of 18 lots conveyed by deed from Isaac Ruffner and his family, descendants of the original homesteaders in 1739, Peter and Mary (Steinman) Ruffner, owners of most of the land on both sides of the Hawksbill Creek from the Shenandoah River to Stonyman. It was named Luray by an act of the Virginia General Assembly on February 6, 1812, with trustees thereof: William Marye, John R. Whiting, John W. Abbott and Jonas Ruffner. Main Street was originally called Peter Street.

Dedicated February 6, 2005 by the descendants of Peter and Mary (Steinman) Ruffner and the Ruffner Family Association

Erected 2005 by Descendants of Peter and Mary (Steinman) Ruffner and the Ruffner Family Association. 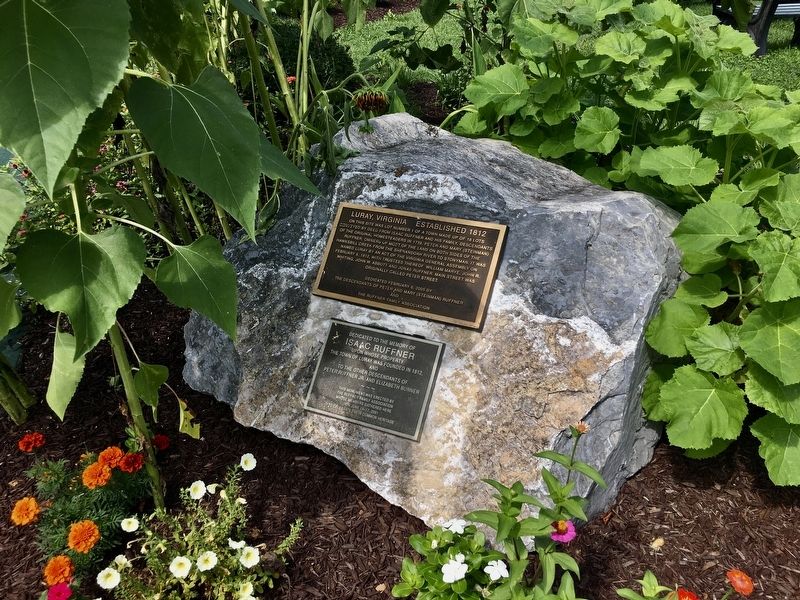 By Patricia Strat, August 8, 2020
2. Luray Virginia Established 1812 Marker
Marker positioned above the "Issac Ruffner" plaque.
, on the left when traveling west. The marker is located in Ruffner Plaza, accessible by stairway from West Main Street and also via the Hawksbill Greenway paved trail. Touch for map. Marker is at or near this postal address: 35 W Main St, Luray VA 22835, United States of America. Touch for directions. 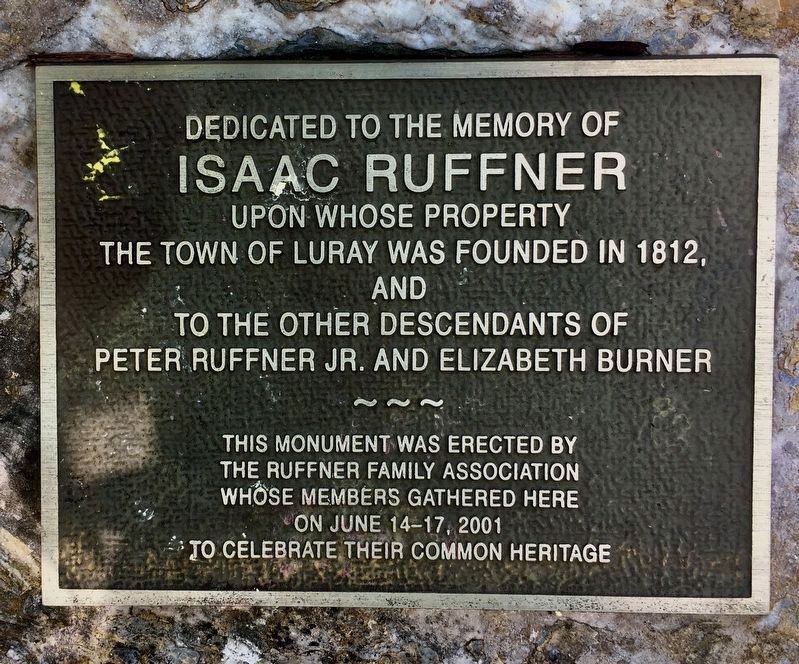 By Patricia Strat, August 8, 2020
3. Memorial plaque for Isaac Ruffner
Dedicated to the memory of Isaac Ruffner upon whose property the Town of Luray was founded in 1812, and to the other descendants of Peter Ruffner Jr. and Elizabeth Burner This monument was erected by the Ruffner Family Association whose members gathered here on June 14-17, 2001 to celebrate their common heritage. 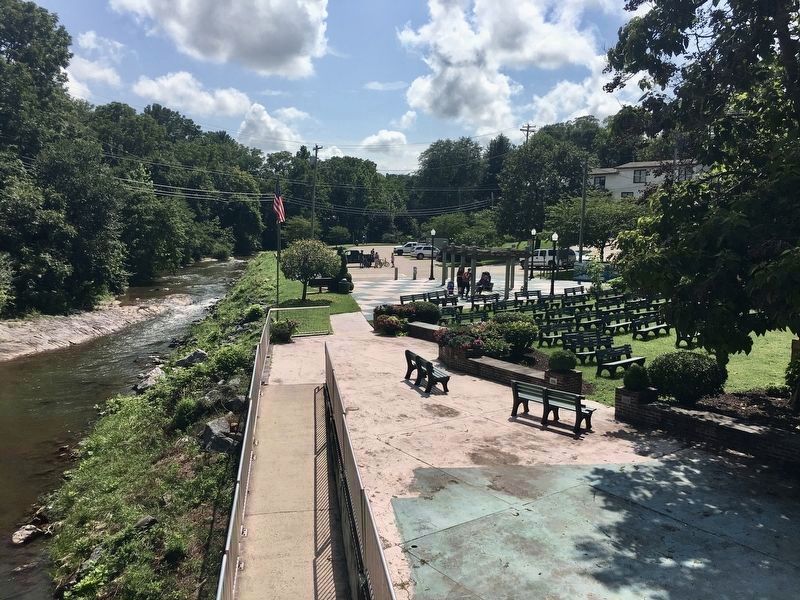