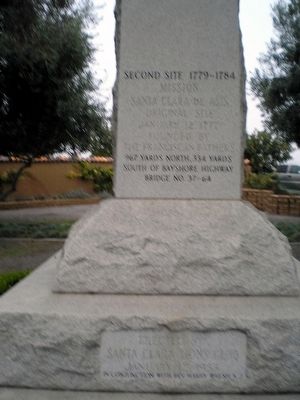 Topics and series. This historical marker is listed in these topic lists: Churches & Religion • Fraternal or Sororal Organizations • Native Americans • Settlements & Settlers. In addition, it is included in the California Historical Landmarks series list.

Other nearby markers. At least 8 other markers are within walking distance of this marker. The Walnut Growers Association (approx. ¾ mile away); Parade of Champions 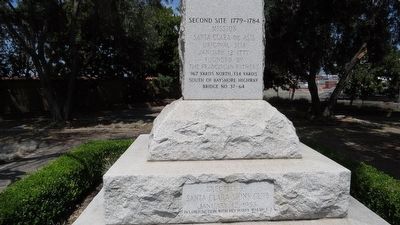 More about this marker. Plans are underway, due to religious concerns of a cross in a public park, to move it to Santa Clara University.

Regarding Old Sites of Mission Santa Clara de Asis. California Historical Landmark Statement of Significance:
The first mission in this valley, Mission Santa Clara de Thamien, was established at this site by Franciscan Padres Tomás de la Peña and Joseph Antonio Marguia January 17, 1777. Here, at the Indian village of So-co-is-u-ka, they erected a cross and shelter for worship to bring Christianity to the Costanoan Indians. 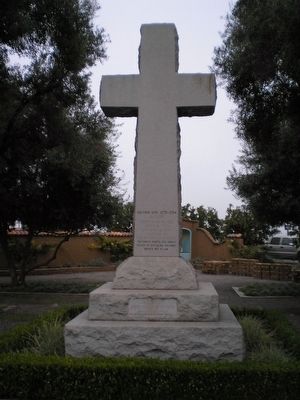 By Mathew H. Kohnen, November 7, 2007
3. The Stone Cross
The first mission in this valley, Mission Santa Clara de Thamien, was established by Franciscan Padres Tomás de la Peña and Joseph Antonio Marguia January 17, 1777, at the Indian village of "So-co-is-u-ka" The Mission was relocated following damage caused by flooding from the nearby Guadalupe River during the Winter rainy season. 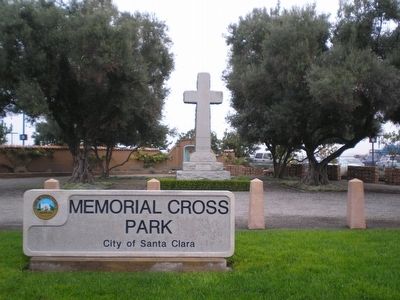 By Mathew H. Kohnen, November 7, 2007
4. Mission Cross Park
The Stone cross, used to identify the original location of the Mission Santa Clara de Asis was relocated to this small park donated by the city of Santa Clara from its original location at the Southeast corner of Central Expressway and De la Cruz Boulevard. 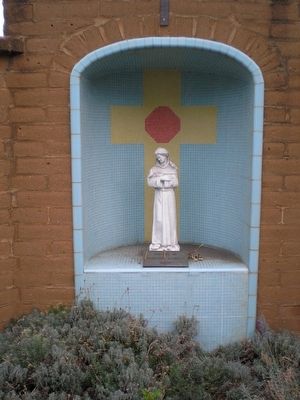