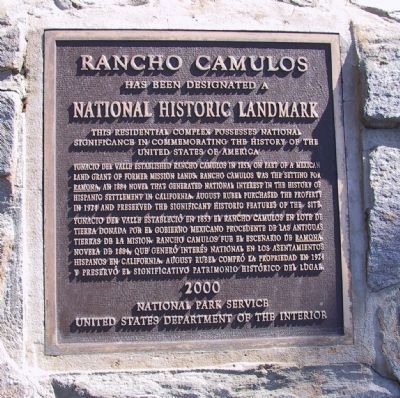 Rancho Camulos has been designated a National Historic Landmark. This residential complex possesses national significance in commemorating the history of the United States of America.

Ygnacio del Valle established Rancho Camulos in 1853, on part of a Mexican land grant of former mission lands. Rancho Camulos was the setting for Ramona, an 1884 novel that generated national interest in the history of Hispanic settlement in California. August Rubel purchased the property in 1924 and preserved the significant historic features of the site.