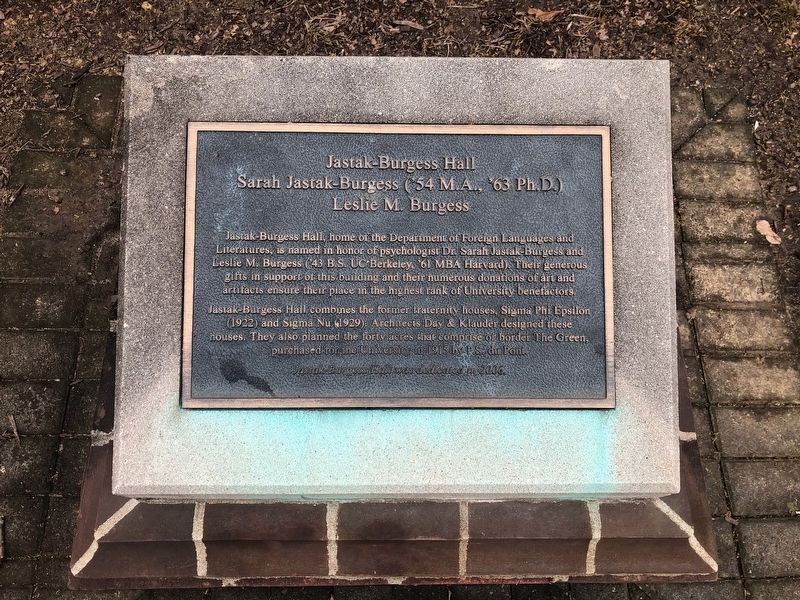 Jastak-Burgess Hall, home of the Department of Foreign Languages and Literatures, is named in honor of psychologist Dr. Sarah Jastak-Burgess and Leslie M. Burgess ('43 B.S. UC Berkeley, '61 MBA Harvard). Their generous gifts in support of this building and their numerous donations of art and artifacts ensure their place in the highest rank of University benefactors.

Jastak-Burgess Hall combines the former fraternity houses, Sigma Phi Epsilon (1922) and Sigma Nu (1929). Architects Day & Klauder designed these houses. They also planned the forty acres that comprise or border The Green, purchased for the University in 1915 by P.S. du Pont.

Jastak-Burgess Hall was dedicated in 2006.

Erected by University of Delaware.

Topics and series. This historical marker is listed in these topic lists: Architecture • Education • Fraternal or Sororal Organizations • Women. In addition, it is included in the University of Delaware series list. A significant historical year for this entry is 1915. 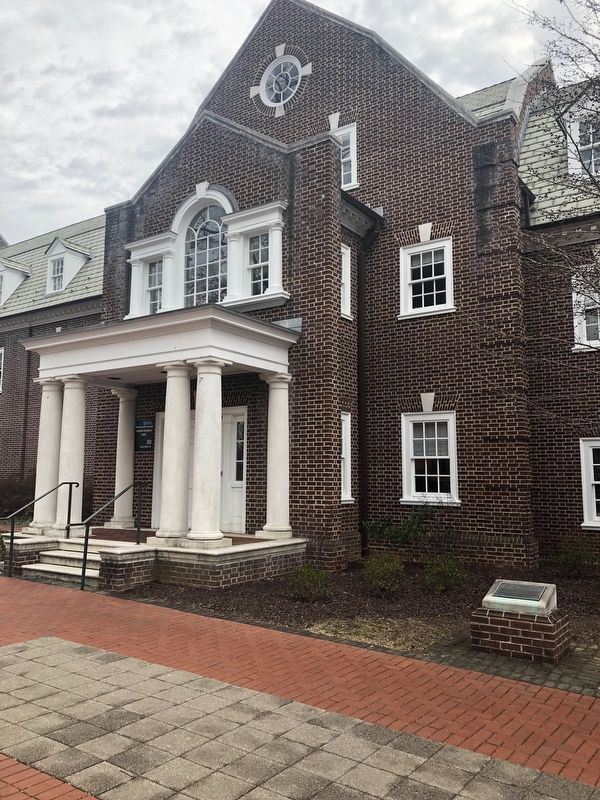 Click or scan to see
this page online
45.159′ W. Marker is in Newark, Delaware, in New Castle County. Marker can be reached from East Main Street (Delaware Route 273) east of North College Avenue, on the right when traveling west. Touch for map. Marker is in this post office area: Newark DE 19716, United States of America. Touch for directions.