The First Presbyterian Church In Illinois 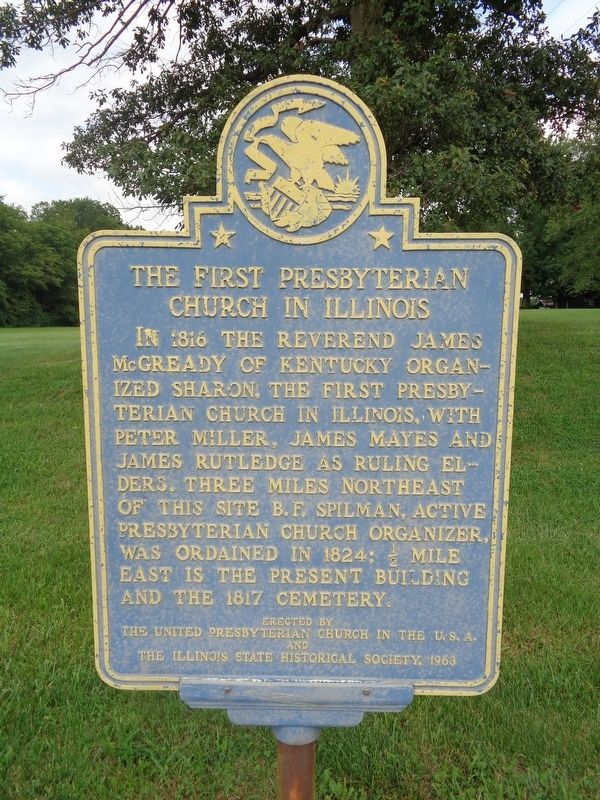 In 1816 the Reverend James McGready of Kentucky organized Sharon, the first Presbyterian church in Illinois, with Peter Miller, James Mayes and James Rutledge as ruling elders. Three miles northeast of this site B.F. Spilman, active Presbyterian church organizer, was ordained in 1824; ½ mile east is the present building and the 1817 cemetery.

Erected 1963 by The United Presbyterian Church in the U.S.A. and the Illinois State Historical Society.

Topics and series. This historical marker is listed in these topic lists: Cemeteries & Burial Sites • Churches & Religion. In addition, it is included in the Illinois State Historical Society series list.

Other nearby markers. At least 1 other marker is within 4 miles of this marker, measured as the 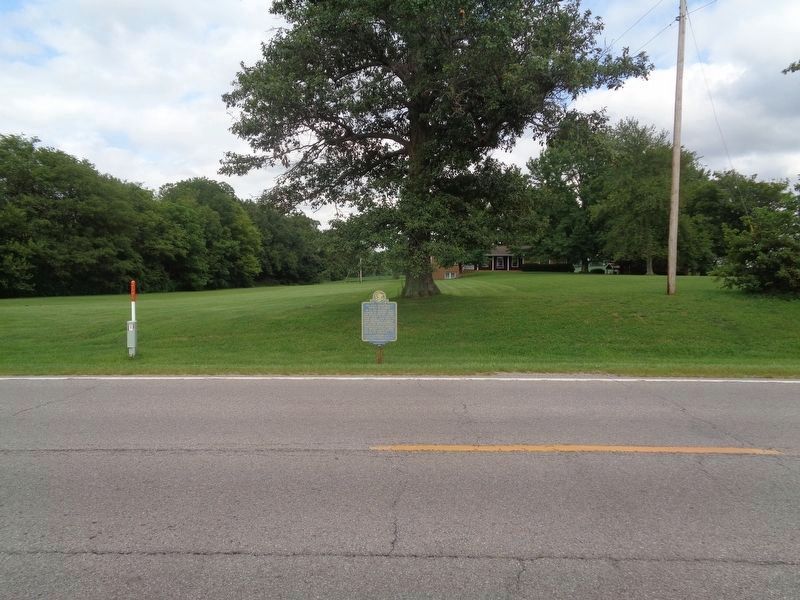