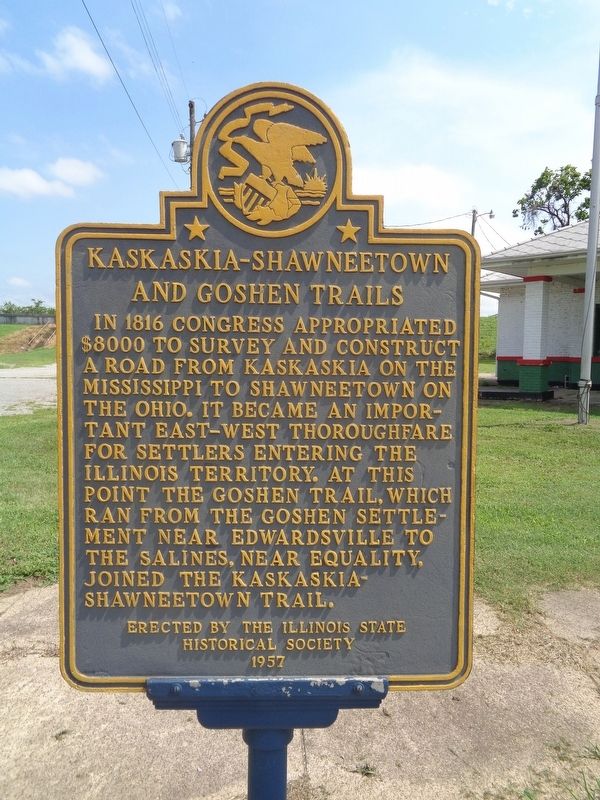 In 1816 Congress appropriated $8000 to survey and construct a road from Kaskaskia on the Mississippi to Shawneetown on the Ohio. It became an important East-West thoroughfare for settlers entering the Illinois Territory. At this point the Goshen Trail, which ran from the Goshen Settlement near Edwardsville to the Salines, near Equality, joined the Kaskaskia-Shawneetown Trail.

Topics and series. This historical marker is listed in this topic list: Roads & Vehicles. In addition, it is included in the Illinois State Historical Society series list. A significant historical year for this entry is 1816. 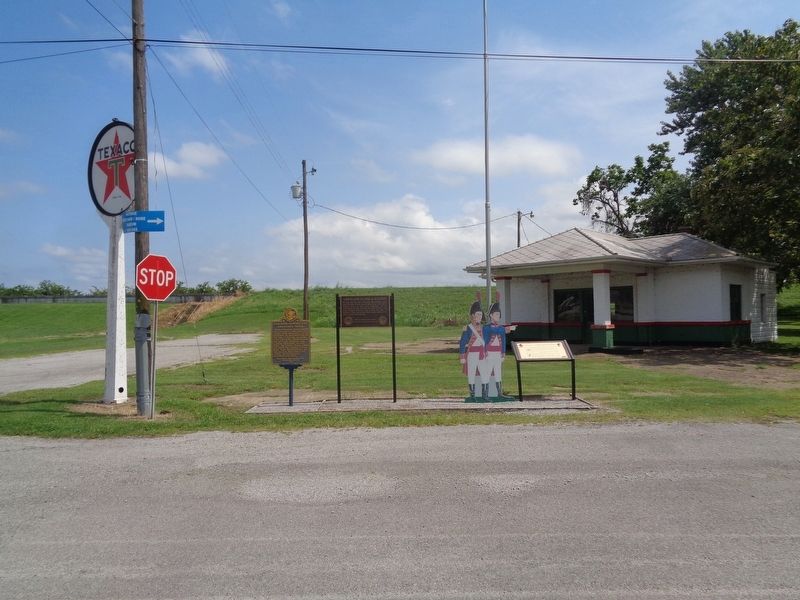 More about this marker. Marker was originally installed in Saline County, Illinois (off Illinois Route 142 outside Eldorado) in 1957. Sometime between 1957 and 1965 it was removed or stolen and its whereabouts were unknown. A new marker was cast and installed at the original marker's site in 1965. The original marker was discovered in 2018 at the bottom of a pond encased in mud. The man who found the marker, Art Heath, took it upon himself to refurbish the marker, as well as making arrangements for the re-dedication/re-installation ceremony that took place at its current spot on June 17, 2018.
Credits. This page was last revised on August 13, 2020. It was originally submitted on August 13, 2020, by Jason Voigt of Glen Carbon, Illinois. This page has been viewed 136 times since then and 40 times this year. Photos:   1, 2. submitted on August 13, 2020, by Jason Voigt of Glen Carbon, Illinois.
Share this page.