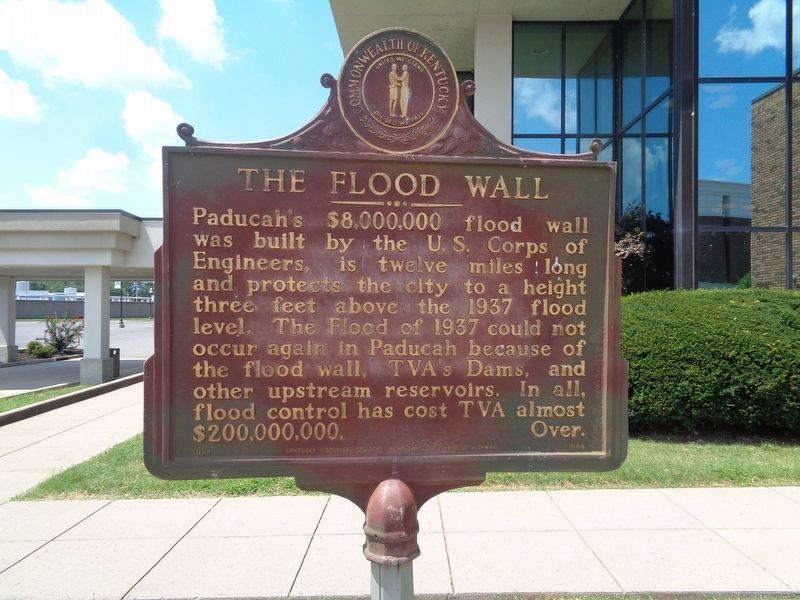 The 1937 Flood , The Ohio Valley Flood of 1937 was the greatest natural disaster in the history of the U.S. and drove over one million citizens from their homes. When the Ohio River reached its crest in Paducah on Feb. 2, 1937, the water stood at 60.8 feet. Over 90 per cent of the city was inundated, 27,000 people were evacuated, and damage exceeded $22,000,000. Over. . This historical marker was erected in 1968 by Kentucky Historical Society and Kentucky Department of Highways. It is in Paducah in McCracken County Kentucky

The Flood Wall
Paducah's $8,000,000 flood wall was built by the U.S. Corps of Engineers, is twelve miles long and protects the city to a height three feet above the 1937 flood level. The Flood of 1937 could not occur again in Paducah because of the flood wall, TVA's dams, and other upstream reservoirs. In all, flood control has cost TVA almost $200,000,000. Over.

Topics and series. This historical marker is listed in these topic lists: Disasters • Waterways & Vessels. In addition, it is included in the Kentucky Historical Society series list. A significant historical date for this entry is February 2, 1937. 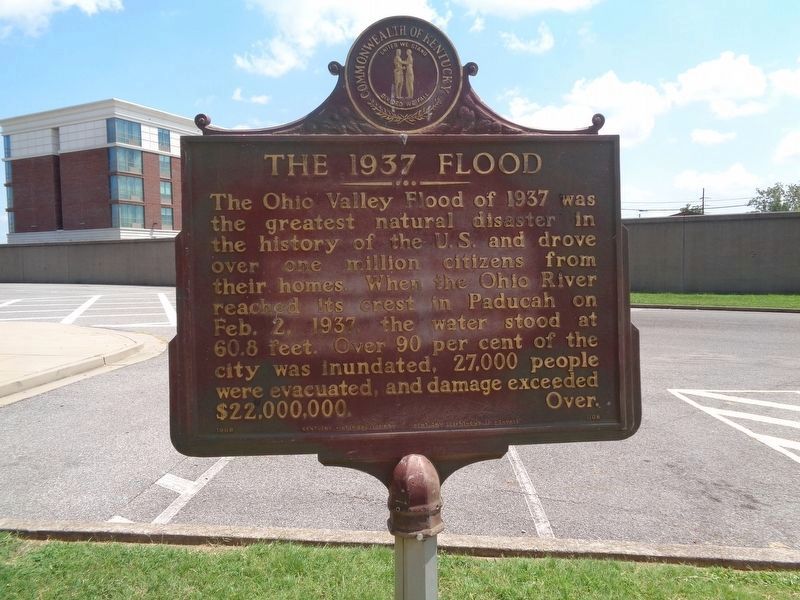 Click or scan to see
this page online
37° 5.572′ N, 88° 36.129′ W. Marker is in Paducah, Kentucky, in McCracken County. Marker is at the intersection of Park Street and North 4th Street on Park Street. Marker is near the main entrance of Paducah Convention Center. Touch for map. Marker is at or near this postal address: 415 Park St, Paducah KY 42001, United States of America. Touch for directions.

Also see . . .  Ohio River flood of 1937 on Wikipedia. While there have been several natural disasters that have happened in the United States since this marker was placed (1968), it does note that the Flood of 1937 was one of the worst in U.S. history. Flooding would stretch from Pittsburgh, Pennsylvania to the river's terminus in Cairo, Illinois (55 miles west of Paducah). (Submitted on August 15, 2020, by Jason Voigt of Glen Carbon, Illinois.) 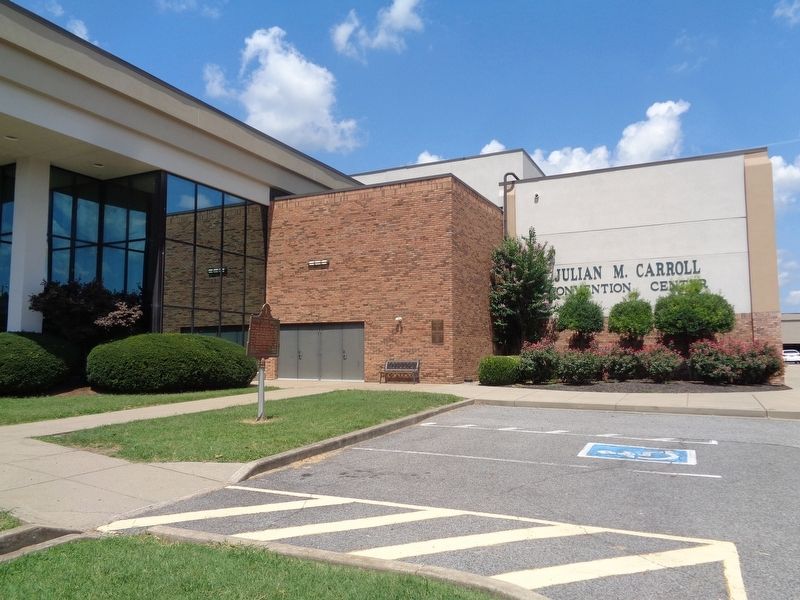 Photographed By Jason Voigt, August 10, 2020
3. The Flood Wall / The 1937 Flood Marker
Near the entrance of the Convention Center

Photographed By Shane Oliver, May 1, 2021
4. View of the Julian M. Carroll Convention Center
The marker can be seen toward the right in this view. 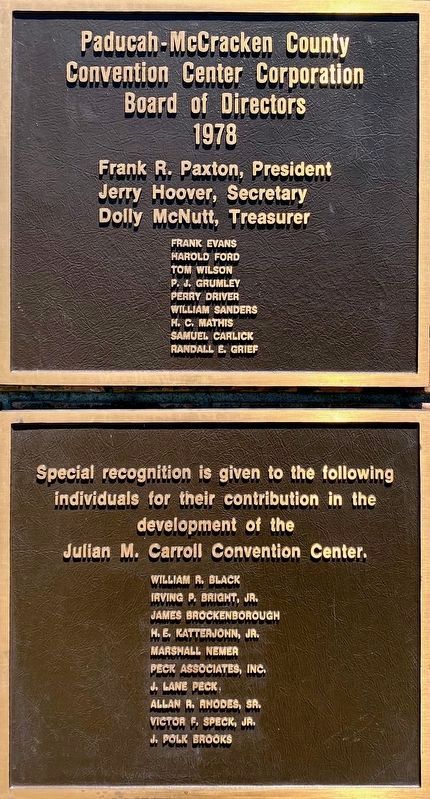