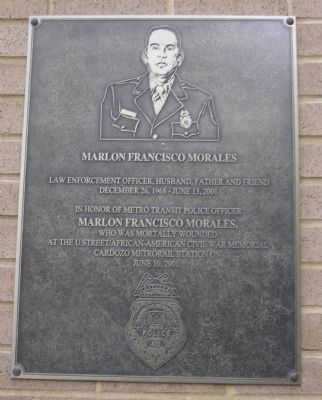 In honor of Metro Transit Police Officer Marlon Francisco Morales, who was mortally wounded at the U Street/African American Civil War Memorial/Cardozo Metrorail Station on June 10, 2001.

Topics. This historical marker is listed in these topic lists: Hispanic Americans • Law Enforcement • Railroads & Streetcars. A significant historical month for this entry is June 1950. 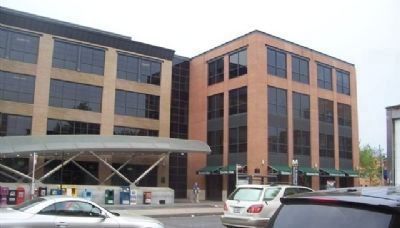 Photographed By Richard E. Miller, April 26, 2008
2. Metrorail Station Entrance, U Street at 13th, NW
The marker is the small dark shape beneath the escalator canopy in the center of the photo.

More about this marker. The Marker is located on the wall behind the Metrorail station escalator, near the intersection of U and 13th Streets, NW — southeast corner. 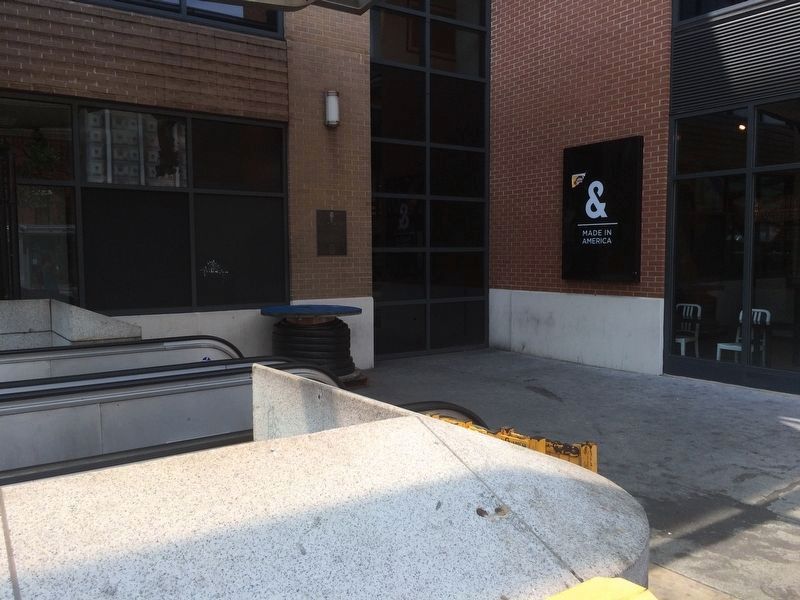