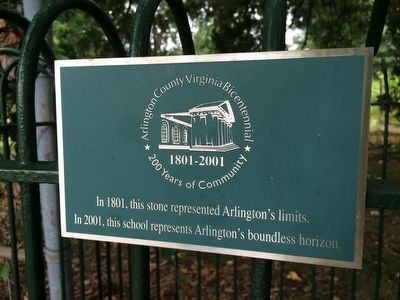 Topics and series. This historical marker is listed in these topic lists: Colonial Era • Man-Made Features. In addition, it is included in the Original Federal Boundary Stones series list.

Location. 38° 51.745′ N, 77° 7.963′ W. Marker is in Arlington, Virginia, in Arlington County. Marker can be reached from the intersection of 5th Road South (Virginia Route 714) and Olds Drive. This marker is on the grounds of the Kenmore Middle School. From the parking lot at the entrance, head left to an asphalted walking path. The marker is about 100 yards along the path to the left. Touch for map. Marker is at or near this postal address: 5995 5th Road South, Arlington VA 22204, United States of America. Touch for directions.

Other nearby markers. At least 8 other markers are within walking distance of this marker. Moses Ball Grant (approx. ¼ mile away); Carlin Community Hall (approx. 0.3 miles away); The Ball-Carlin Cemetery (approx. 0.4 miles away); John Ball House 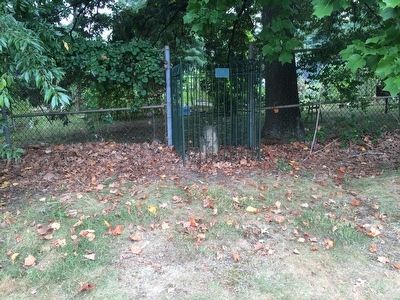 Regarding Original Federal Boundary Stone, District of Columbia, Southwest 7. The stone was one of the original Federal boundary stones set in 1791-1792 (SW 7). 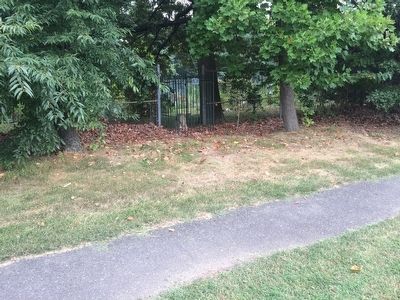 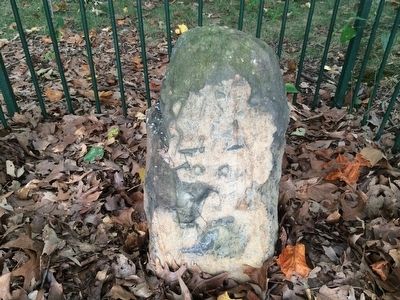