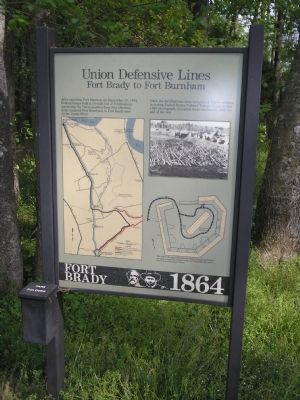 Once the fortifications were completed, Union soldiers, including United States Colored Troops shown in this 1865 photograph, occupied these earthworks until the end of the war.

Topics. This historical marker is listed in this topic list: War, US Civil. A significant historical month for this entry is September 2003.

Location. This marker has been replaced by another marker nearby. 37° 23.526′ N, 77° 21.647′ W. Marker is near Henrico, Virginia, in Henrico County. Marker is on Hoke Brady Road, on the left when traveling south. Marker is in the parking lot of Fort Brady Unit of Richmond National Battlefield Park. Touch for map. Marker is in this post office area: Henrico VA 23231, United States of America. Touch for directions.

Other nearby markers. At least 8 other markers are within one mile of this location, measured as the crow flies. Fort Brady Trail (a few steps from this marker); Fort Brady 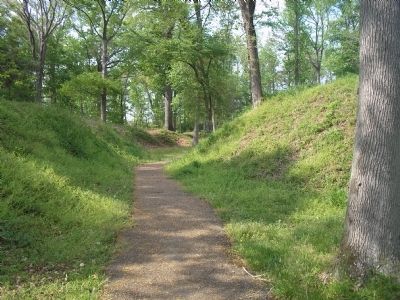 Photographed By Bill Coughlin, April 24, 2007
2. Walking Trail at Fort Brady
The marker is located at the beginning of the walking trail through Fort Brady on the James River.

More about this marker. The right of the marker contains the war-time photograph mentioned in the marker text. Below this is a map of a walking trail through Fort Brady. The left side of the marker features a map of the line of Union fortifications from Fort Brady (site of the marker) to Fort Burnham (site of Confederate Fort Harrison).

Regarding Union Defensive Lines. This marker was replaced by a new one named Fort Brady Trail (See nearby markers). 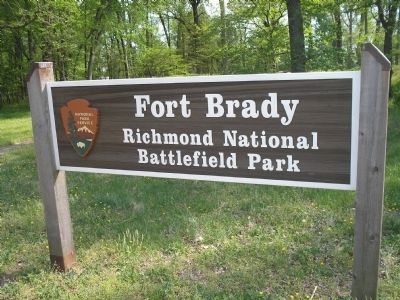 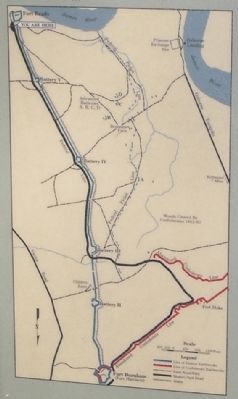 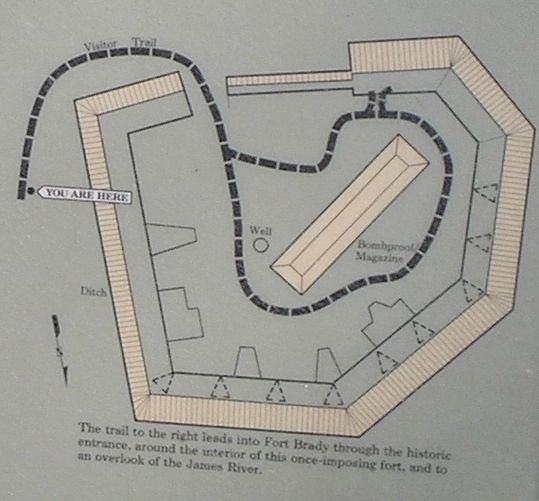