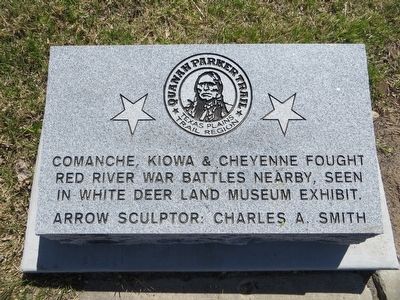 Topics. This historical marker is listed in these topic lists: Native Americans • Wars, US Indian. A significant historical year for this entry is 1874. 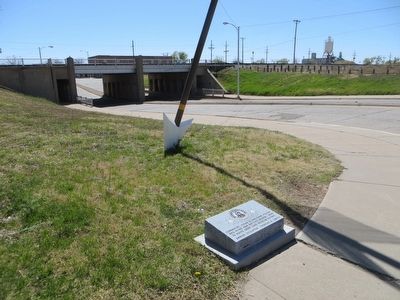 Click or scan to see
this page online
1934 Pampa Post Office Building (about 500 feet away); Woody Guthrie (about 600 feet away); First Methodist Church of Pampa (about 700 feet away). Touch for a list and map of all markers in Pampa.

Also see . . .  Quanah Parker Trail. The Comanche Indians once dominated vast areas of North America—and yet, forced onto reservations, they left little record of their own story. Today a network of 22-foot-tall steel arrows by artist Charles A. Smith marks sites where the Comanches, and their last chief, Quanah Parker, hunted, traded, lived, traveled, and fought. Retrace the footsteps and hoofbeats of the “Lords of the Plains” as you honor their rich culture and history, and learn about a past that is written on the land. (Submitted on April 9, 2016, by Bill Kirchner of Tucson, Arizona.) 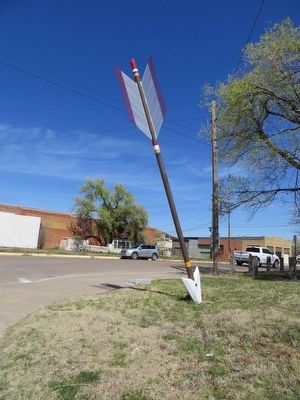 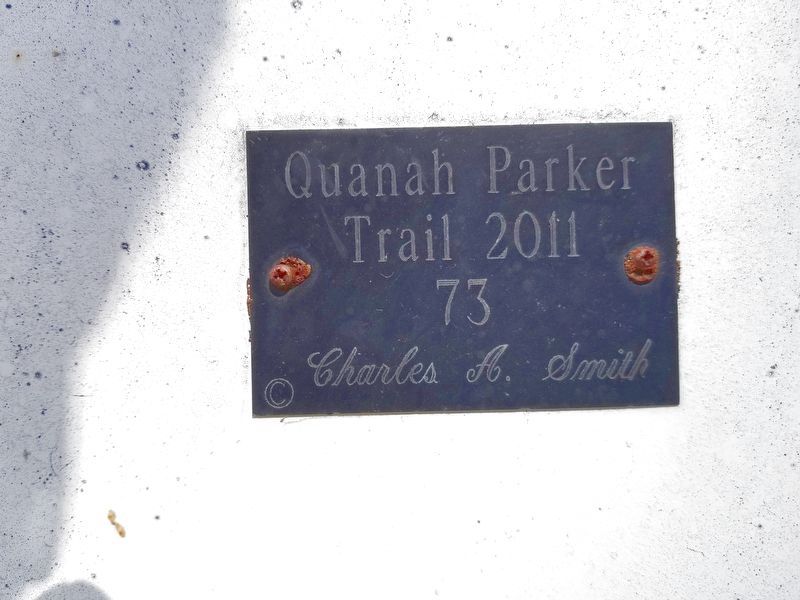