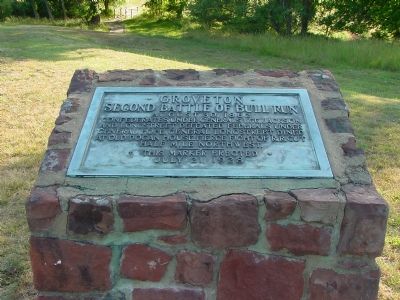 Topics and series. This historical marker is listed in this topic list: War, US Civil. In addition, it is included in the Battlefield Markers Association series list. A significant historical year for this entry is 1862.

Location. 38° 48.801′ N, 77° 32.85′ W. Marker is near Manassas, Virginia, in Prince William County. Marker can be reached from Lee Highway (U.S. 29) east of Groveton Road, on the right when traveling west. It is at the parking lot for Groveton Confederate Cemetery in the Manassas National Battlefield Park. You must show your $3 per person park pass if requested, and you can buy your pass at a honor-system post-mounted box at the parking lot. Touch for map. Marker is in this post office area: Manassas VA 20109, United States of America. Touch for directions. 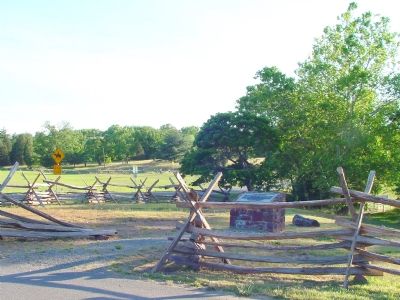 More about this marker. The town of Groveton no longer exists. It was located at this intersection. The never-completed Independent Line of the Manassas Gap Railroad was to run through Groveton. 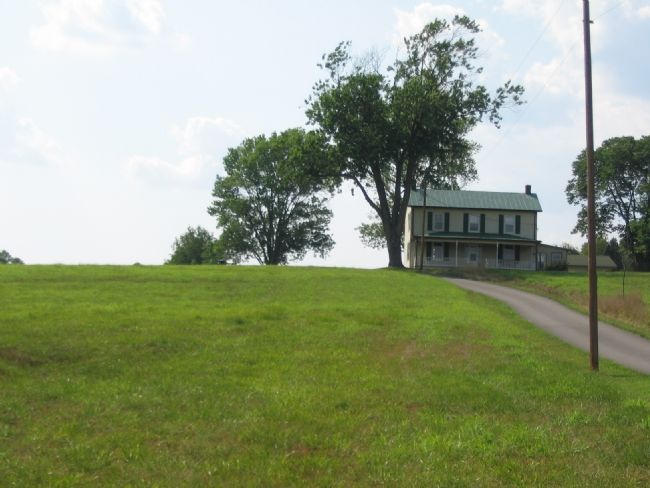 Photographed By Craig Swain, August 1, 2007
3. The Dogan House
The only standing structure from the former town of Groveton, the Dogan house stands just north of Route 29 in the battlefield park. 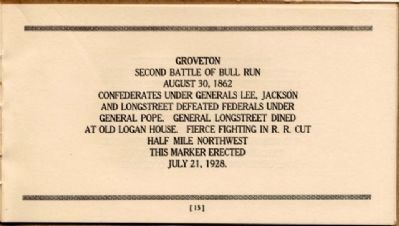