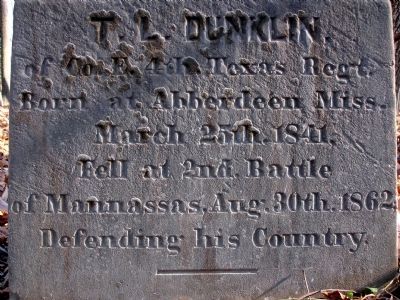 Topics. This historical marker and monument is listed in this topic list: War, US Civil. A significant historical month for this entry is March 1769.

Location. 38° 48.305′ N, 77° 34.455′ W. Marker is near Manassas, Virginia, in Prince William County. Marker can be reached from Lee Highway. This monument is located on private property. It is located in the southwest corner of Pageland Lane and Route 29 (Warrenton Turnpike) about 200 yards from the Stuart's Hill Center but it is outside the boundaries of the Manassas National Battlefield Park. Touch for map. Marker is at or near this postal address: 12551 Lee Hwy, Gainesville VA 20155, United States of America. Touch for directions. 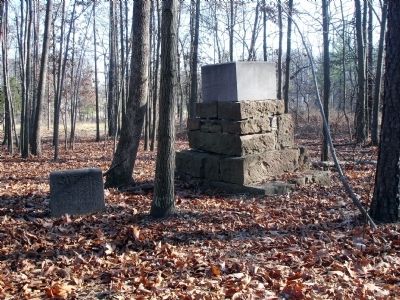 December 13, 2008
2. Dunklin Monument
The main stone has been knocked down from the base.

Click or scan to see
this page online
(approx. ¼ mile away); Meadowville (approx. half a mile away); a different marker also named The Battle Begins (approx. 0.7 miles away); Archeology at Brawner Farm (approx. ¾ mile away). Touch for a list and map of all markers in Manassas.

Regarding Dunklin Monument. The six-tiered marble Dunklin Monument to Private Tim L. Dunklin of the 4th Texas Infantry was erected in the 1870s, presumably by the Dunklin family. The monument has six tiers, composed top to bottom of white marble, gray slate, and red sandstone.

Efforts by the National Park Service and the Prince William Historical Commission to relocate the monument to the Stuart's Hill Center have been unsuccessful to date.

Additional commentary.
1.
Note To Editor only visible by Contributor and editor
— Submitted December 27, 2013, by Mark Kendall Voss of Houston, Texas. 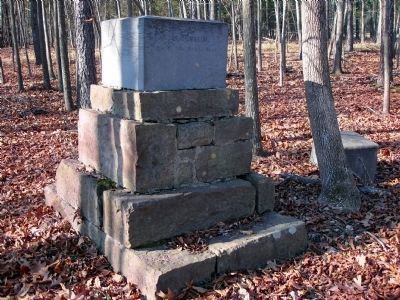 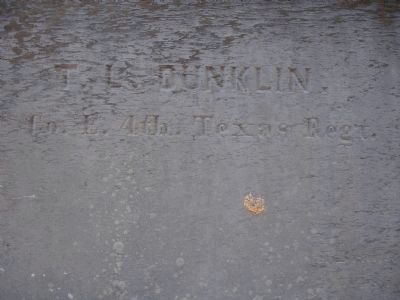