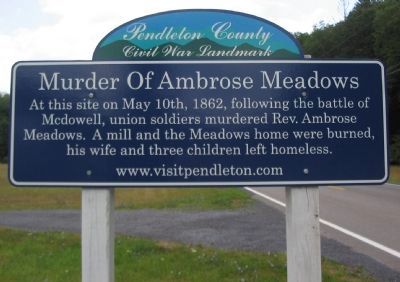 At this site on May 10th, 1862, following the battle of Mcdowell, union soldiers murdered Rev. Ambrose Meadows. A mill and the Meadows home were burned, his wife and three children left homeless.

Topics. This historical marker is listed in this topic list: War, US Civil. A significant historical date for this entry is May 10, 1862.

Location. This marker has been replaced by another marker nearby. It was located near 38° 40.317′ N, 79° 18.154′ W. Marker was near Franklin, West Virginia, in Pendleton County. Marker was on U.S. 33, on the right when traveling west. Touch for map. Marker was in this post office area: Franklin WV 26807, United States of America. Touch for directions. 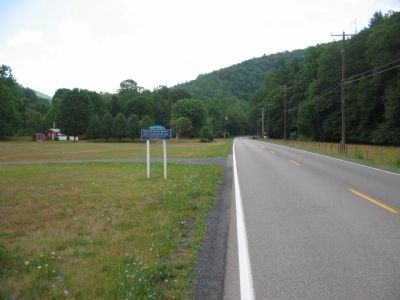 Click or scan to see
this page online
(approx. 4.2 miles away); Jackson's Prayer Service (approx. 4.4 miles away). Touch for a list and map of all markers in Franklin. 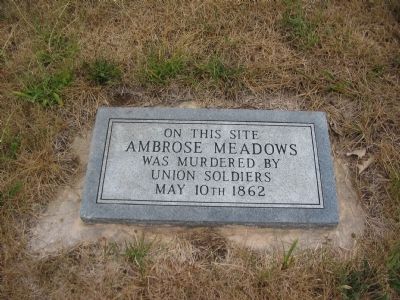 Photographed By Craig Swain, July 10, 2010
3. Stone Marker
The stone was placed by the Sons of Confederate Veterans. 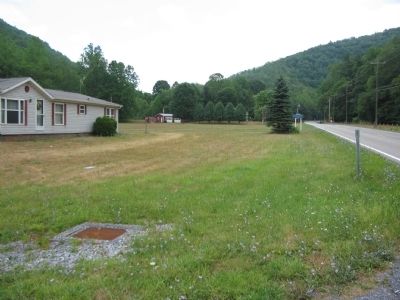