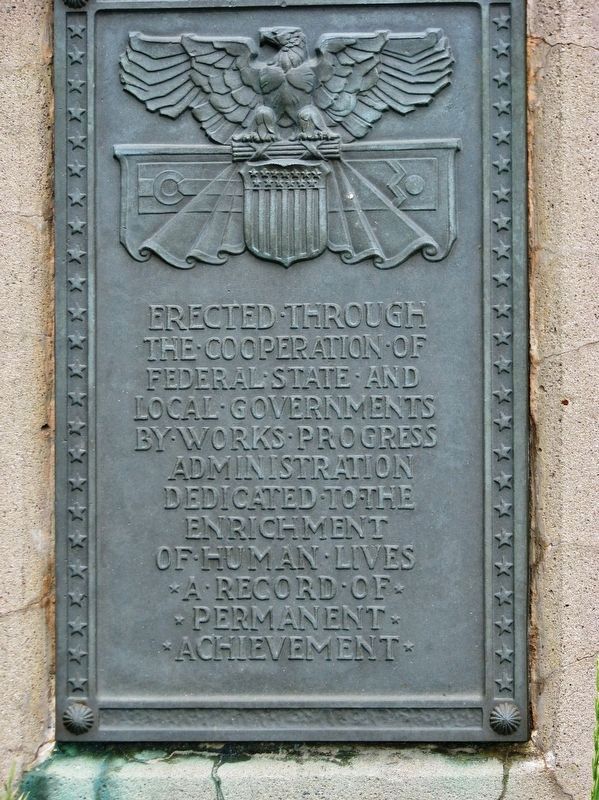 Erected through the cooperation of Federal, State and local governments by Works Progress Administration. Dedicated to the enrichment of human lives. A record of permanent achievement.

Topics and series. This historical marker is listed in these topic lists: Paleontology • Parks & Recreational Areas • Roads & Vehicles. In addition, it is included in the Works Progress Administration (WPA) projects series list. A significant historical year for this entry is 1937.

Location. 39° 40.771′ N, 105° 11.801′ W. Marker is in Morrison, Colorado, in Jefferson County. Marker is at the intersection of Hog Back Road (County Road 93) and West Alameda Parkway, on the right when traveling north on Hog Back Road. Marker is located at the south end of the Dinosaur Ridge Hog Back Road trailhead and parking lot. Touch for map. Marker is in this post office area: Morrison CO 80465, United States of America. Touch for directions. 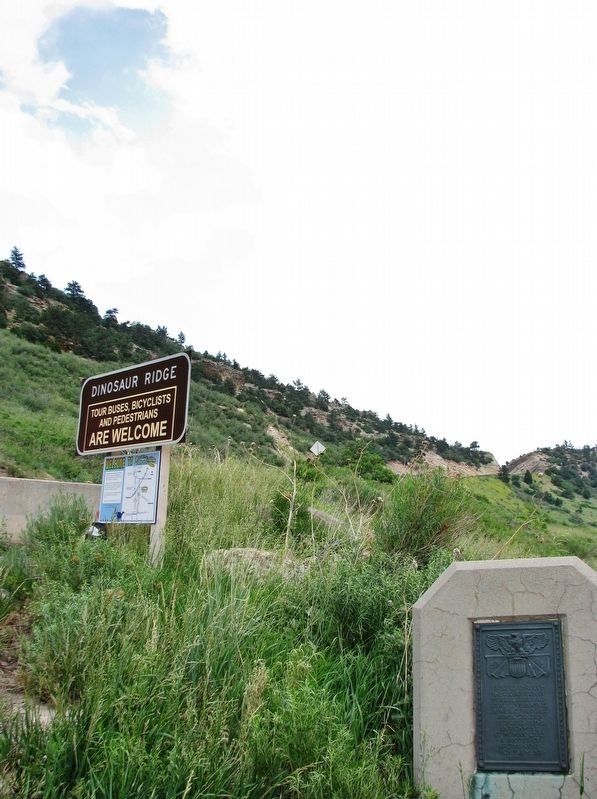 More about this marker. Use caution around the marker - it has been an active rattlesnake habitat at times!

Also see . . .
1. New Deal in Colorado. The Works Progress Administration (WPA), which focused on giving people jobs rather than providing direct relief, employed tens of thousands to make civic improvements. Together the CCC and the WPA built the 10,000-seat Red Rocks Amphitheater near Morrison in the foothills west of Denver, and the WPA constructed Alameda Parkway to link the theater to Denver. (Submitted on September 4, 2020, by Cosmos Mariner of Cape Canaveral, Florida.)

2. Dinosaur Ridge. Colorado Encyclopedia website entry:
In 1937, during the construction of West Alameda Parkway, dinosaur tracks were discovered on the east side of Dinosaur Ridge in the 100-million-year-old rocks of the Dakota Group, representing the Early Cretaceous Period. Because these strata represent the shoreline sediments of an ancient seaway that was frequently trampled by dinosaurs, these beds have been called 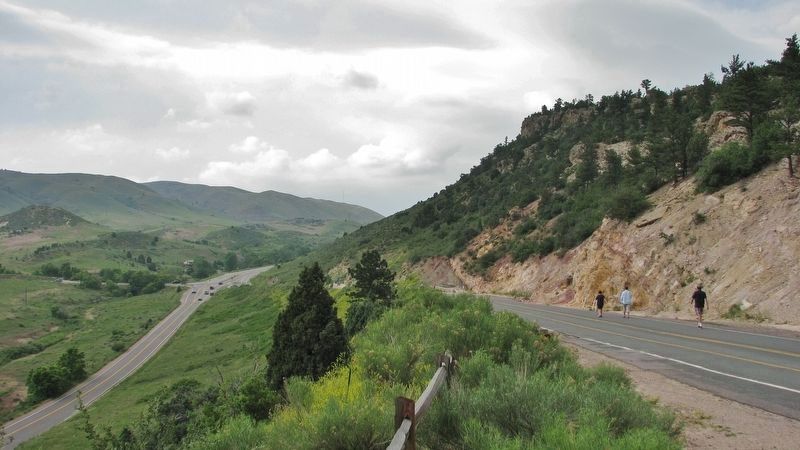 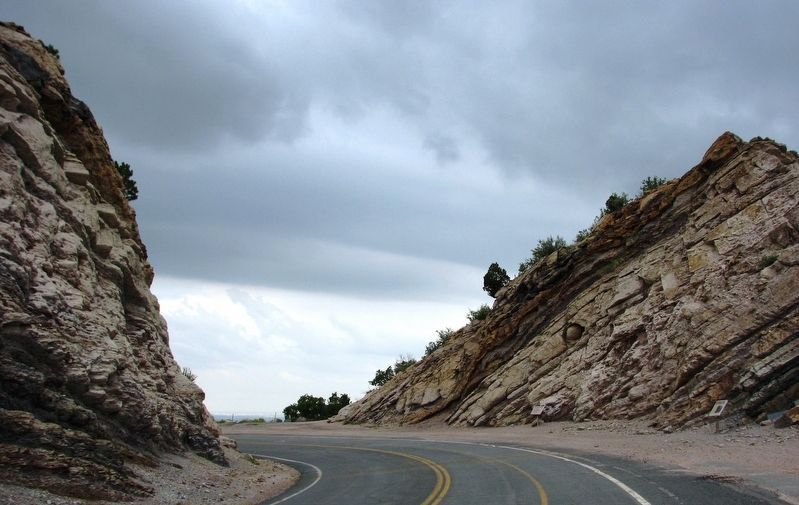 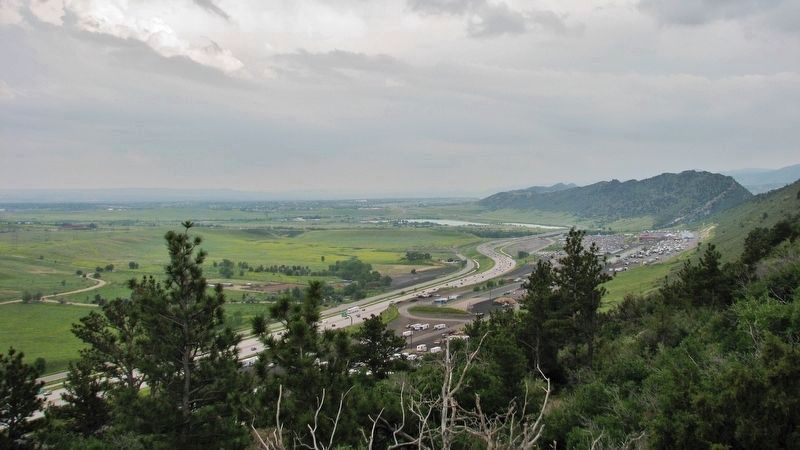