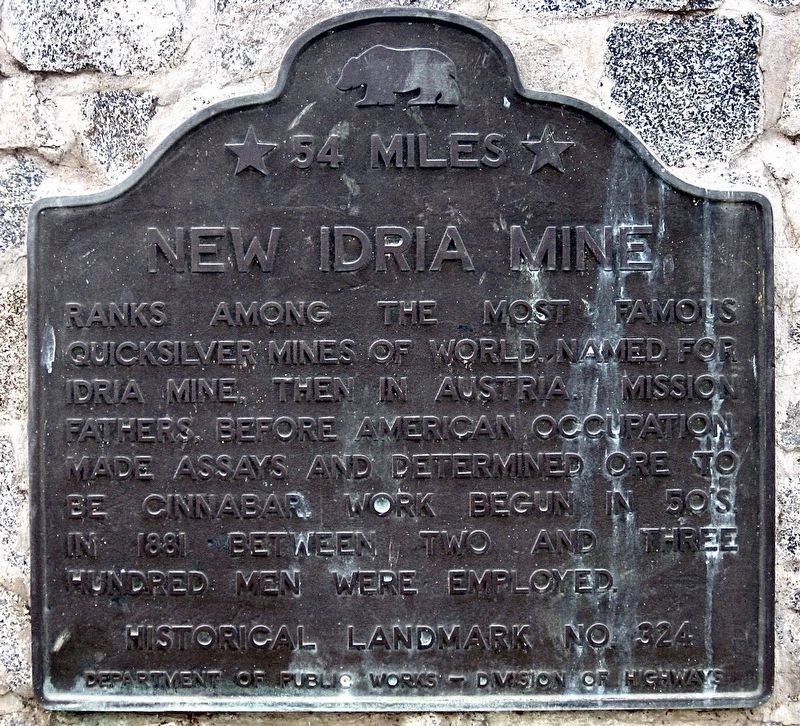 Photographed By Andrew Ruppenstein, January 16, 2010
1. New Idria Mine Marker
Inscription.
New Idria Mine ranks among the most famous quicksilver mines of the world. Named for Idria Mine, then in Austria. Mission Fathers, before the American Occupation, made assays and determined ore to be cinnabar. Work begun in 50's. In 1881 between two and three hundred men were employed. . This historical marker was erected by California Department of Public Works - Division of Highways. It is in Paicines in San Benito County California

New Idria Mine ranks among the most famous quicksilver mines of the world. Named for Idria Mine, then in Austria. Mission Fathers, before the American Occupation, made assays and determined ore to be cinnabar. Work begun in 50's. In 1881 between two and three hundred men were employed.

Topics and series. This historical marker is listed in this topic list: Industry & Commerce. In addition, it is included in the California Historical Landmarks series list. A significant historical year for this entry is 1881. 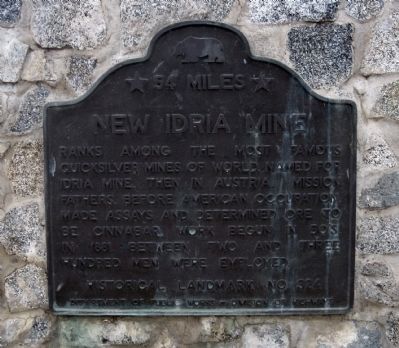 Regarding New Idria Mine. The settlement of New Idria is now a ghost town.

Also see . . .  Idria (from the October 2005 Three Rocks Report). "The discovery of rich cinnabar deposits in the southern Diablo Mountains in 1853 lead to the development of the worlds fourth largest quicksilver mine. The claim was filed for 'New Idria' by Henry F. Pitts, Rafael Ripa, José Dolores Molina, and William Norrlin on March 20, 1854 and the town of New Idria quickly sprung up on the northeastern slope of San Carlos Peak. The town's name honors the world's second largest quicksilver mine, the Idrija Mine located in what is now Slovenia. Other mines, such as the Aurora, Alpine, Clear Creek, Picacho and Fourth of July mines soon opened and the area became quickly became a bustling community as miners, ranchers and farmers began moving in the area. 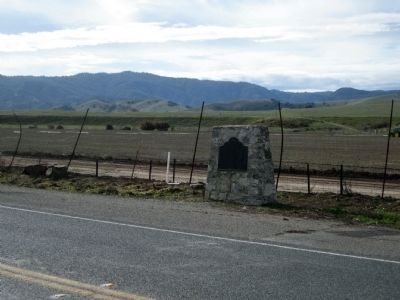 Photographed By Andrew Ruppenstein, January 16, 2010
3. New Idria Mine Marker - Wide View
quicksilver mining became very profitable during the 1850s because mercury was needed for extracting gold from the ore during the California gold rush and the discovery of the New Almaden and New Idria mines freed American's gold industry from European control, which dominated the world production previous to 1850."

See www.new-idria.org for an extensive description of New Idria, its history, and the surrounding area. (Submitted on January 30, 2010.)

Additional commentary.
1. Idra Mine
I used to live in Idra as a child around 1966. It was the first home I remember. My father was a miner there and still owns a company yearbook. I also went to school there. The school was run by nuns first, and then by regular teachers. I believe my teacher's name was Mr. Briggs. Idra was just another small town then but still my home. I have fond memories of Christmas, school plays
in which played a tree. Lots of families, and oh yeah, who could forget the tarantulas!
— Submitted January 17, 2012, by Richard G Hardesty of Lufkin, Texas. 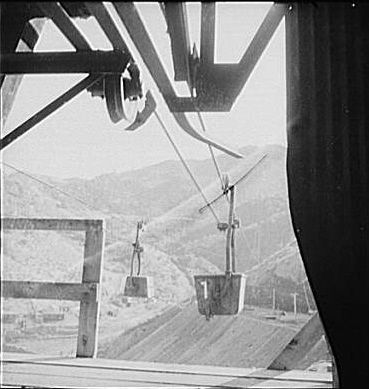 In December 1942, Andreas Feininger documented the workings of the New Idria Mine for the US Farm Security Administration. Shortly thereafter he became a staff photographer for Life Magazine, shooting for them for nearly 20 years. 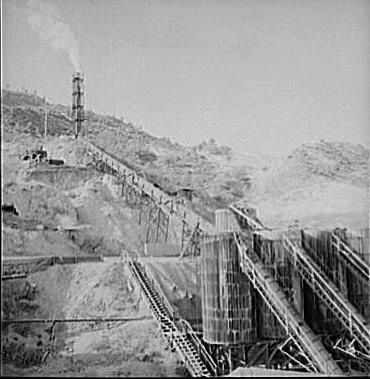 Photographed By Andreas Feininger, December 1942
5. New Idria Mine - Mercury Extraction Plant
"Production. Mercury. A mercury extraction plant at New Idria, California. Triple-distilled mercury is produced here by the New Idria Quicksilver Mining Company from cinnabar, an ore containing sulphur and mercury mined at a number of workings near the plant" 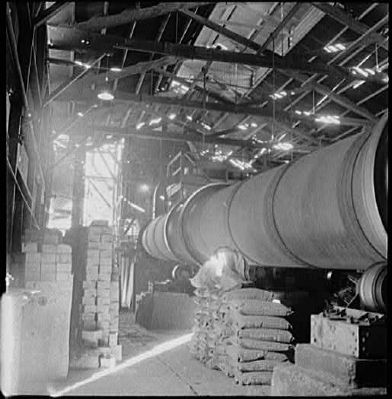 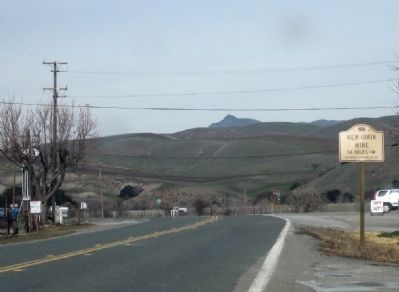