Telegraph Office in the War Department in Washington D.C. during the U.S. Civil War 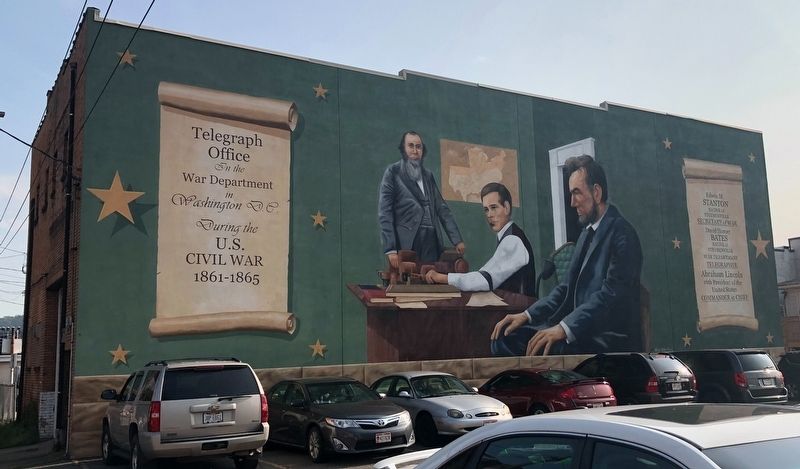 Topics and series. This historical marker is listed in these topic lists: Communications • Government & Politics • War, US Civil. In addition, it is included in the Former U.S. Presidents: #16 Abraham Lincoln series list. A significant historical year for this entry is 1861.

Location. 40° 21.647′ N, 80° 36.826′ W. Marker is in Steubenville, Ohio, in Jefferson County. Marker is on North Court Street just south of Washington Street, on the right when traveling north. Touch for map. Marker is at or near this postal address: 139 N 3rd St, Steubenville OH 43952, United States of America. Touch for directions.