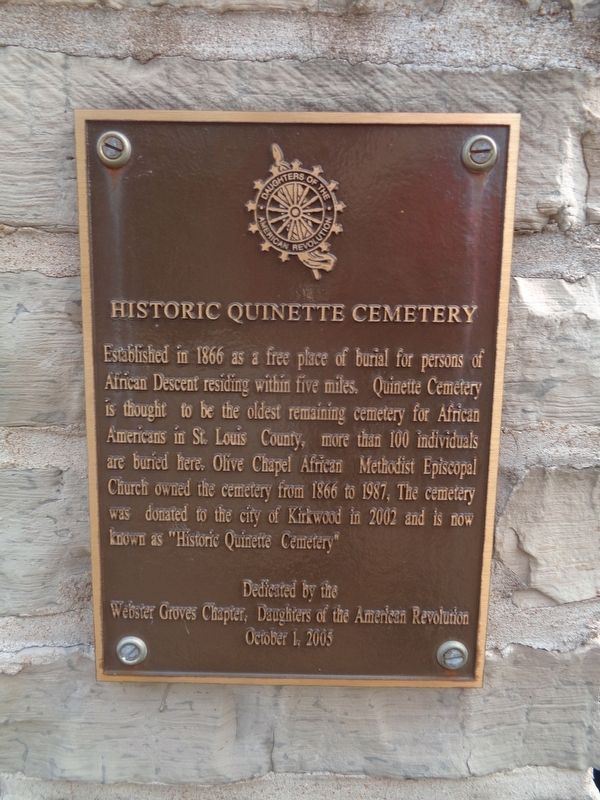 Established in 1866 as a free place of burial for persons of African Descent residing within five miles. Quinette Cemetery is thought to be the oldest remaining cemetery for African Americans in St. Louis County, more than 100 individuals are buried here. Olive Chapel African Methodist Episcopal Church owned the cemetery from 1866 to 1987. The cemetery was donated to the city of Kirkwood in 2002 and is now known as "Historic Quinette Cemetery"

Erected 2005 by Daughters of the American Revolution (Webster Groves chapter).

Topics and series. This historical marker is listed in these topic lists: African Americans • Cemeteries & Burial Sites • Churches & Religion. In addition, it is included in the African Methodist Episcopal (AME) Church, and the Daughters of the American Revolution (DAR) series lists. A significant historical year for this entry is 1866. 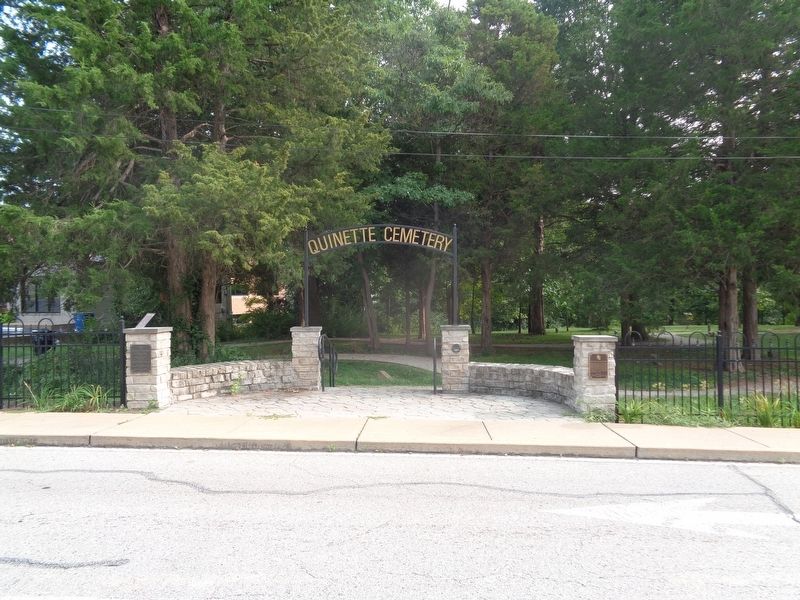 Photographed By Jason Voigt, September 13, 2020
2. Historic Quinette Cemetery Marker
Marker is mounted to the right of the entrance

Click or scan to see
this page online
. Marker is mounted at the cemetery's main entrance. Touch for map. Marker is at or near this postal address: 12180 Old Big Bend Rd, Saint Louis MO 63122, United States of America. Touch for directions.