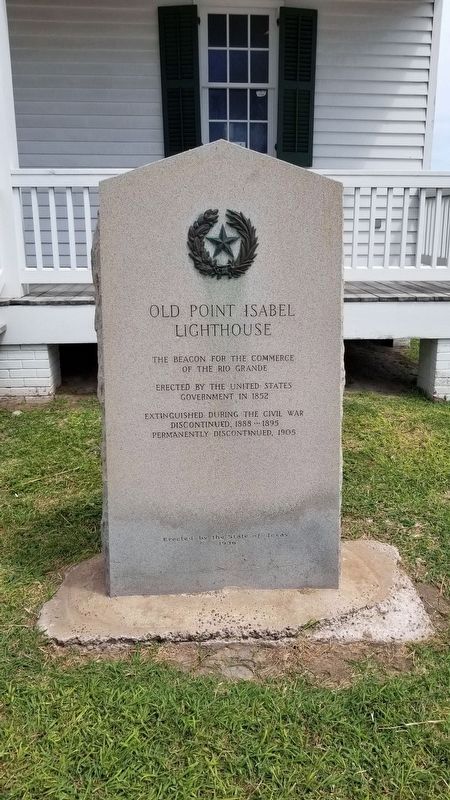 Photographed By James Hulse, July 16, 2019
1. Old Point Isabel Lighthouse Marker
Inscription.
Old Point Isabel Lighthouse. . , The beacon for the commerce of the Rio Grande, Erected by the United States Government in 1852, Extinguished during the Civil War , Discontinued, 1888 - 1895 , Permanently discontinued, 1905, Erected by the State of Texas 1936 . This historical marker was erected in 1936 by The State of Texas. It is in Port Isabel in Cameron County Texas

The beacon for the commerce of the Rio Grande

Erected by the United States Government in 1852

Topics and series. This historical marker is listed in these topic lists: Industry & Commerce • War, US Civil • Waterways & Vessels. In addition, it is included in the Lighthouses, and the Texas 1936 Centennial Markers and Monuments series lists. A significant historical year for this entry is 1852.

Other nearby markers. At least 8 other markers are within walking distance of this marker. A View from the Top (a few steps from this marker); Point Isabel Lighthouse 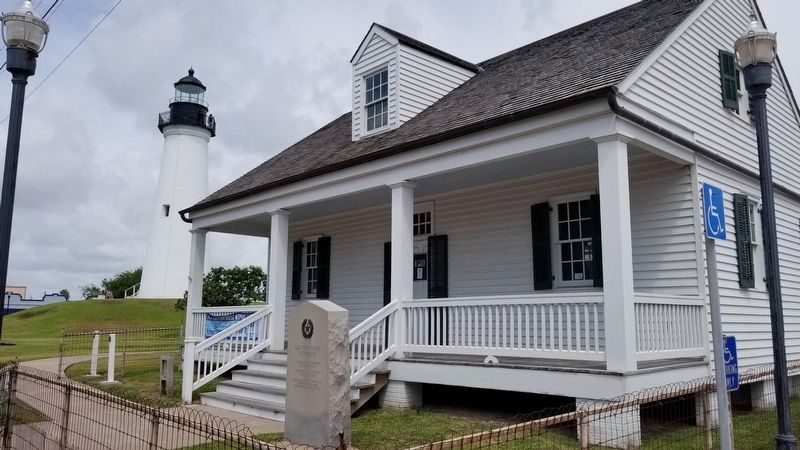