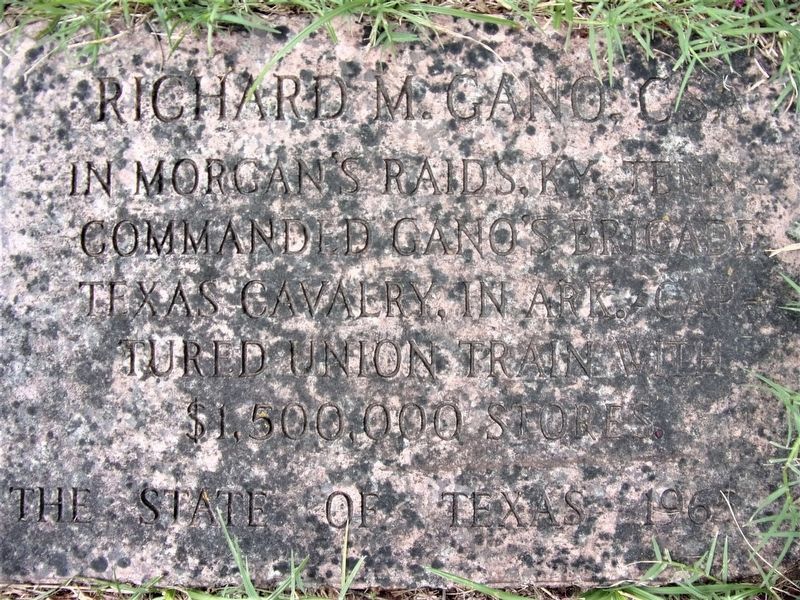 Erected by the State of Texas 1965

Location. 32° 45.759′ N, 96° 45.467′ W. Marker is in Dallas, Texas, in Dallas County. Marker can be reached from Oakland Circle 0.2 miles east of South Malcom X Boulevard. Located in Oakland Cemetery on the north side of the circular drive around the tall white obelisk. Historical marker is missing, only the actual grave stone marks Richard Gano's burial location. Touch for map. Marker is at or near this postal address: 3900 Oakland Cir, Dallas TX 75215, United States of America. Touch for directions.

Other nearby markers. At least 8 other markers are within 2 miles of this marker, measured as the crow flies. John C. McCoy (about 400 feet away, measured in a direct line); Tueria Dell Marshall (approx. half a mile away); Juanita Craft House (approx. 0.6 miles away); 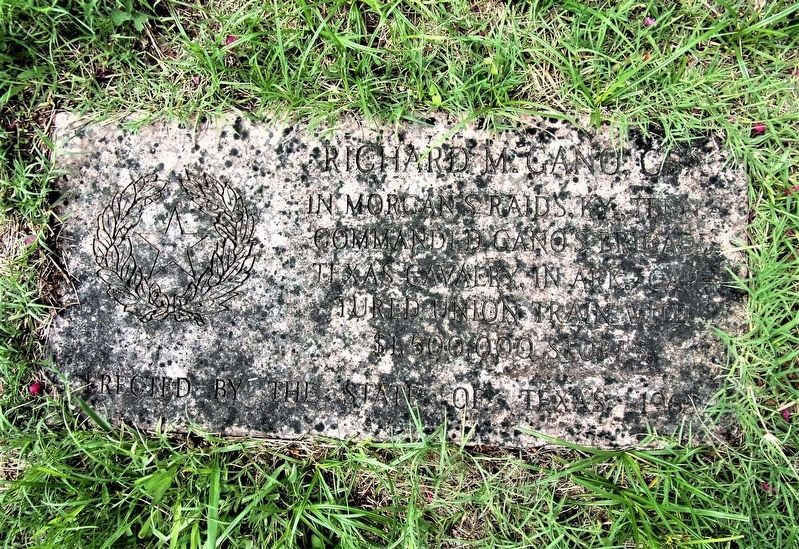 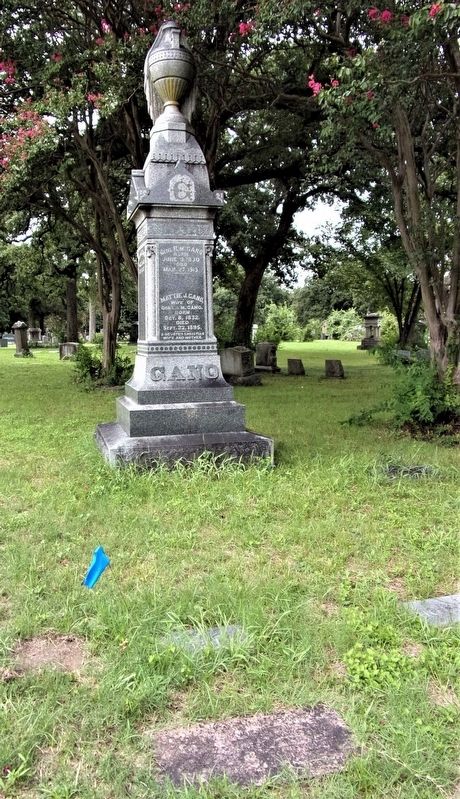 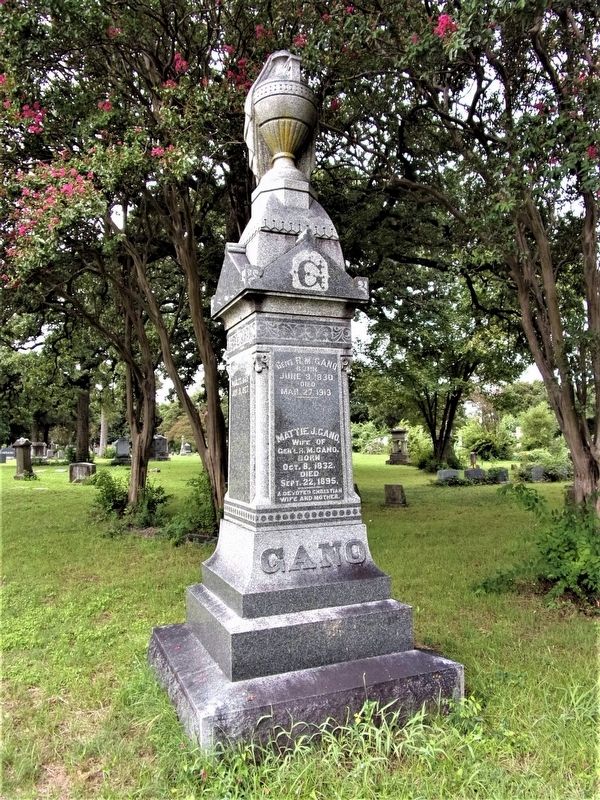 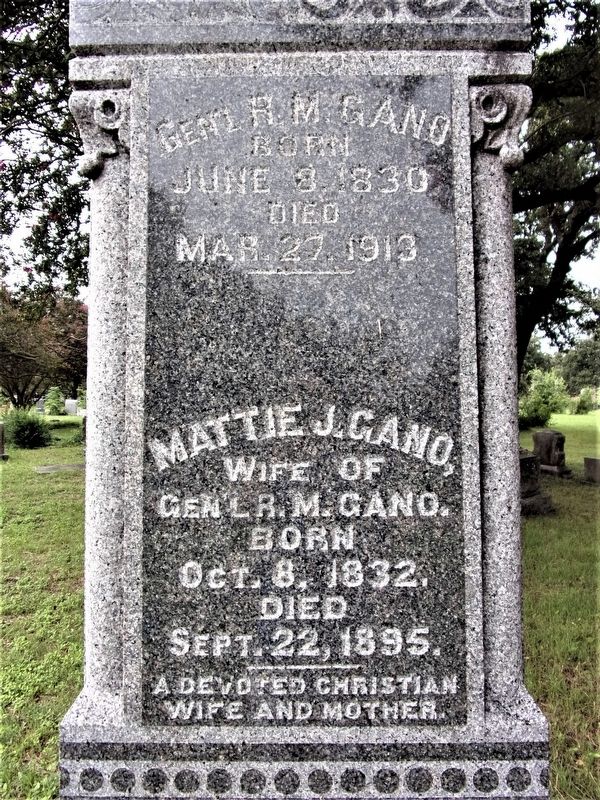 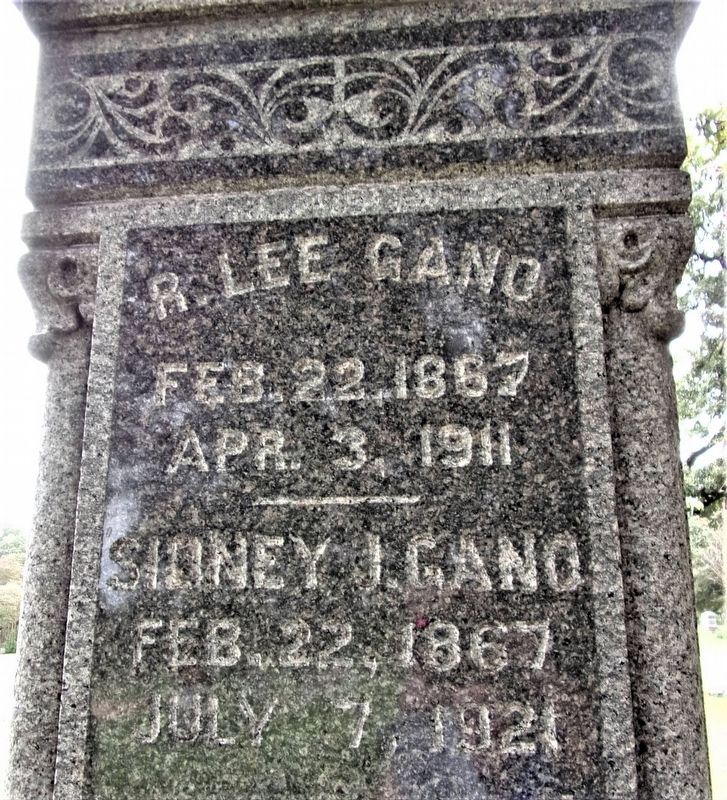