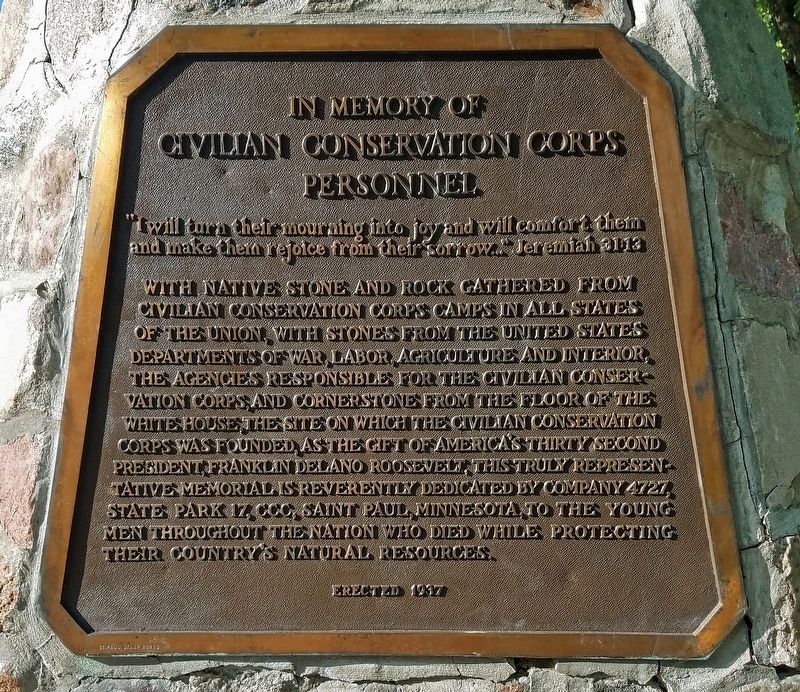 "I will turn their mourning into joy and will comfort them and make them rejoice from their sorrow..." Jeremiah 31:13

Topics and series. This historical marker is listed in these topic lists: Horticulture & Forestry • Parks & Recreational Areas. In addition, it is included in the Civilian Conservation Corps (CCC) series list. A significant historical year for this entry is 1937. 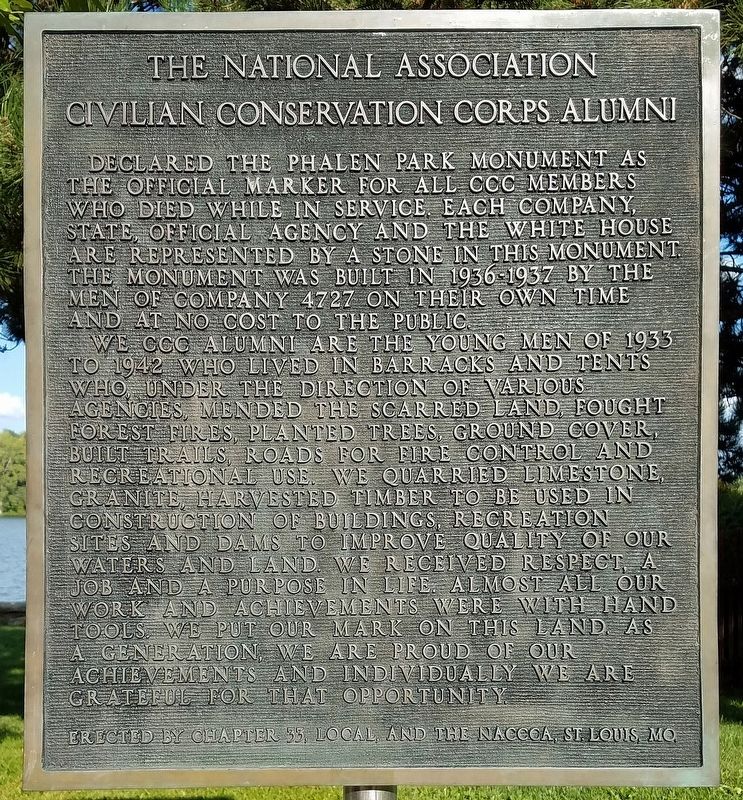 Click or scan to see
this page online
44° 59.261′ N, 93° 3.37′ W. Marker is in Saint Paul, Minnesota, in Ramsey County. Marker can be reached from Phalen Drive north of Wheelock Parkway, on the right when traveling north. Memorial is alongside the footpath around Lake Phalen, just north of the Phalen Lakeside Activity Center. There is a parking lot in the immediate vicinity. Touch for map. Marker is at or near this postal address: 1530 Phalen Dr, Saint Paul MN 55106, United States of America. Touch for directions. 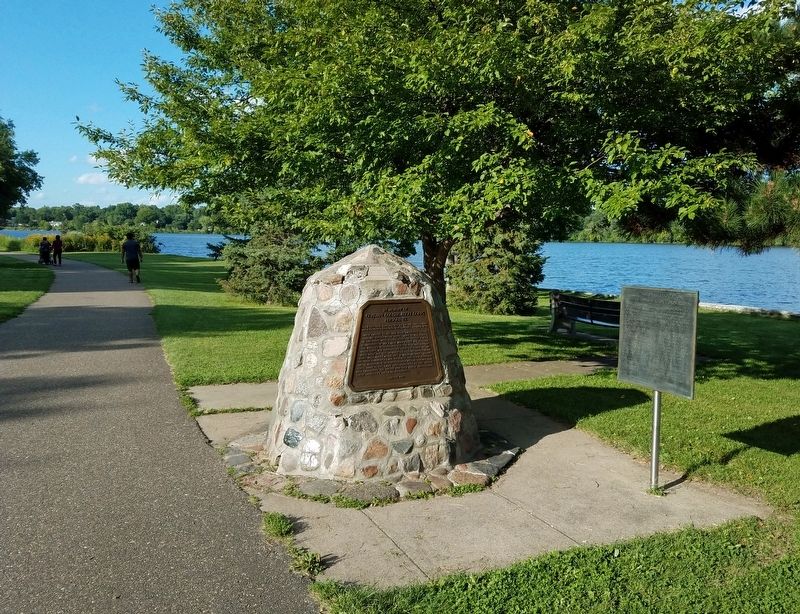 Additional commentary.
1. The National Association Civilian Conservation Corps Alumni
Declared the Phalen Park Monument as the official marker for all CCC members who died while in service. Each company, state, official agency and the White House are represented by a stone in this monument. The monument was built in 1936-1937 by the men of Company 4727 on their own time and at no cost to the public.

We CCC alumni are the young men of 1933 to 1942 who lived in barracks and tents who under the direction of various agencies, mended the scarred land, fought forest fires, planted trees, ground cover, built trails, roads for fire control and recreational use. We quarried limestone, granite, harvested timber to be used in construction of buildings, recreation sites and dams to improve quality of our waters and land. We received respect, a job and a purpose in life. Almost all our work and achievements were with hand tools. We put our mark on this land. As a generation, we are proud of our achievements and individually we are grateful for that opportunity.