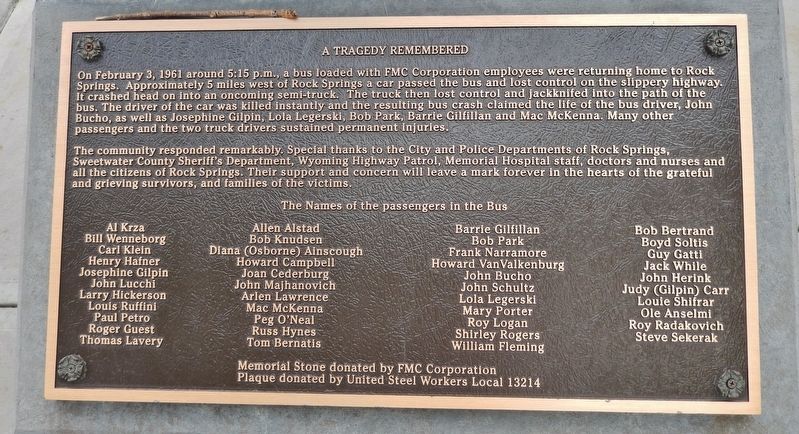 On February 3, 1961 around 5:15 p.m., a bus loaded with FMC Corporation employees were returning home to Rock Springs. Approximately 5 miles west of Rock Springs a car passed the bus and lost control on the slippery highway. It crashed head on into an oncoming semi-truck. The truck then lost control and jackknifed into the path of the bus. The driver of the car was killed instantly and the resulting bus crash claimed the life of the bus driver, John Bucho, as well as Josephine Gilpin, Lola Legerski, Bob Park, Barrie Gilfillan and Mac McKenna. Many other passengers and the two truck drivers sustained permanent injuries.

The community responded remarkably. Special thanks to the City and Police Departments of Rock Springs, Sweetwater County Sheriff's Department, Wyoming Highway Patrol, Memorial Hospital staff, doctors and nurses and all the citizens of Rock Springs. Their support and concern will leave a mark forever in the hearts of the grateful and grieving survivors, and families of the victims. 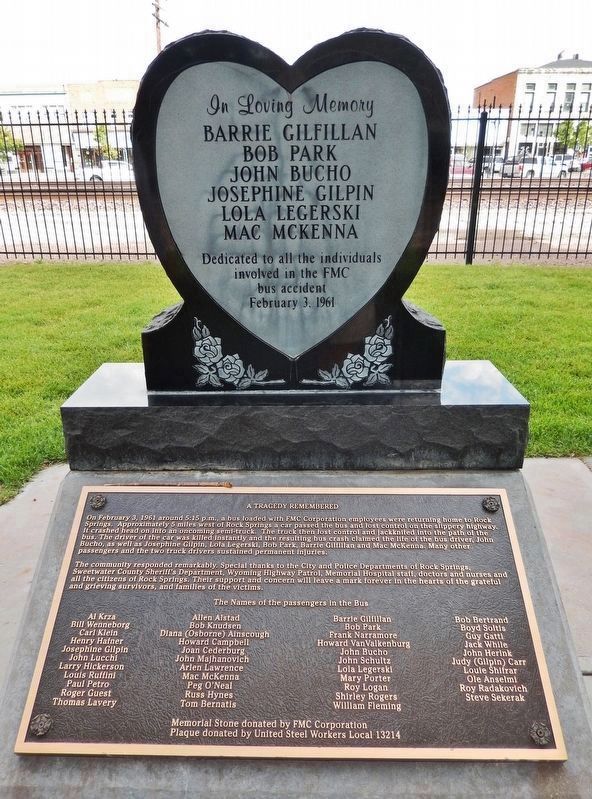 Dedicated to all the indiduals
involved in the FMC
bus accident
February 3, 1961

Topics. This historical marker is listed in this topic list: Notable Events. A significant historical date for this entry is February 3, 1961.

Other nearby markers. At least 8 other markers are within 6 miles of this marker, measured as the crow flies. "Charlie Smith" (here, next to this marker); Rock Springs Coal 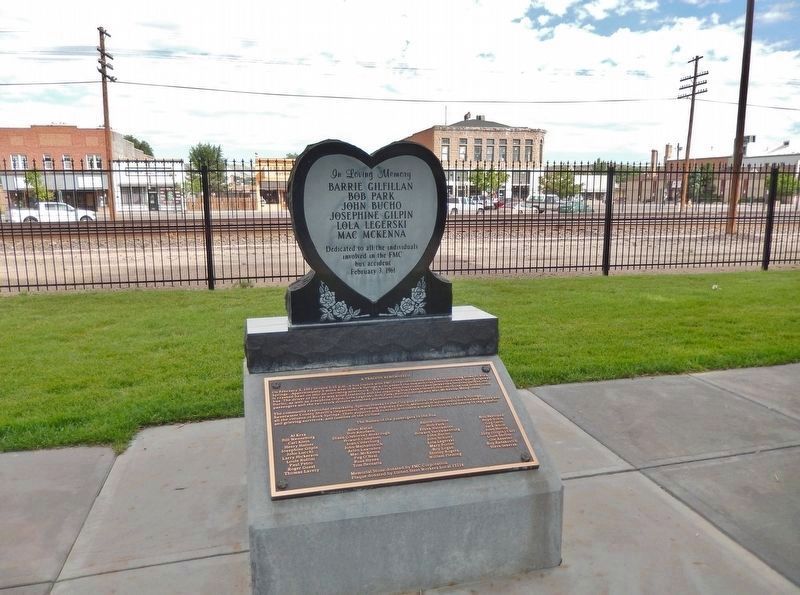