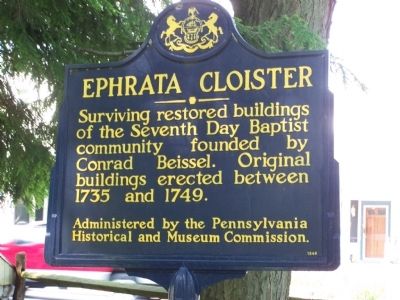 By Beverly Pfingsten, June 8, 2008
1. Ephrata Cloister Marker
Inscription.
Ephrata Cloister. . Surviving restored buildings of the Seventh Day Baptist community founded by Conrad Beissel. Original buildings erected between 1735 and 1749. . . Administered by the Pennsylvania Historical and Museum Commission. . This historical marker was erected in 1948. It is in Ephrata in Lancaster County Pennsylvania

Administered by the Pennsylvania Historical and Museum Commission.

Topics and series. This historical marker is listed in these topic lists: Cemeteries & Burial Sites • Churches & Religion • Colonial Era • Settlements & Settlers. In addition, it is included in the National Historic Landmarks series list.

Other nearby markers. At least 8 other markers are within walking distance of this marker. The Kedar (about 400 feet away, measured in a direct line); Home of Conrad Beissel (about 500 feet away); Brothers' House Complex (about 600 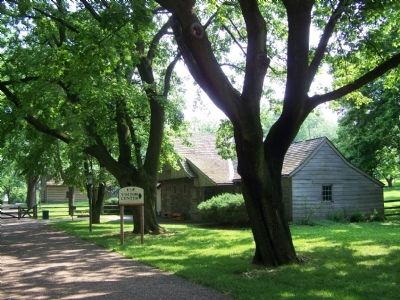 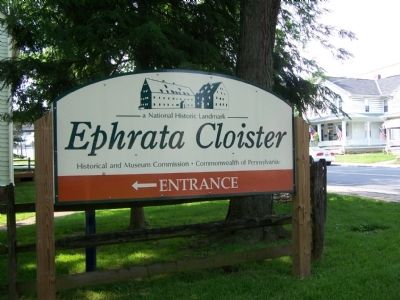 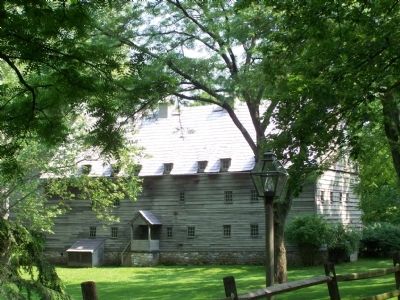 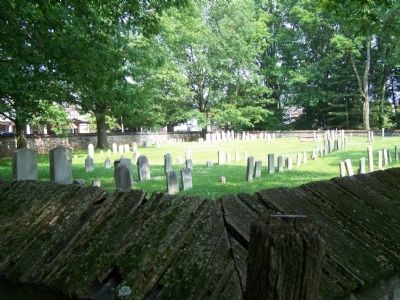 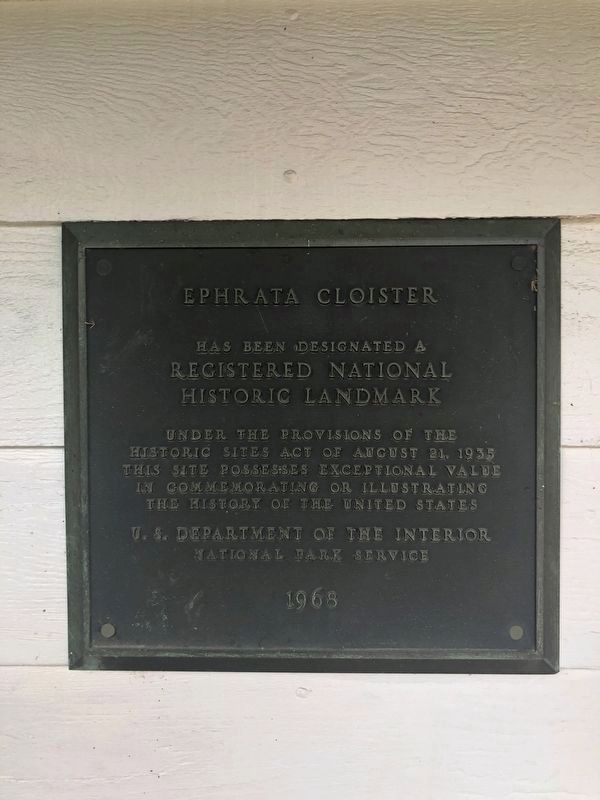