Your Gateway to Pencader Heritage 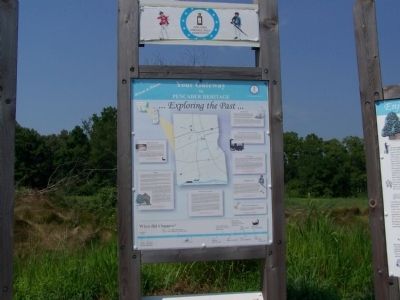 Left Column
Welsh Tract Church
William Penn granted a 30,000 acre tract of land to three Welshmen, (David Evans, William Davis, and William Willis) in 1701. They and their followers had left southern Wales in search of religious freedom. In encouraging settlement of this portion of "the lower three counties", William Penn was defending his charter against possible incursion of settlers from the adjacent Calvert Charter which established Maryland.
The Welsh were an Old School Primitive Baptist congregation. They built their first church, a log structure, in 1703 at the site of the current church on Welsh Tract Road. It was the first Baptist church in Delaware. It was replace by the current brick building in 1746. The church continues to hold services from its beginnings to the present day. The settlement was an example of religious freedom combined with formal deeding of property ownership which established the format for the development of Delaware and Pennsylvania.
Separating two religious doctrines (Catholic and Anglican) by ownership of deeded land.
Milling
The Native Americans were the first millers 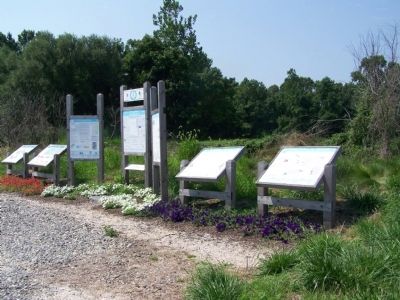 Topics. This historical marker is listed in these topic lists: Churches & Religion • Colonial Era • Industry & Commerce. A significant historical date for this entry is February 28, 1932.

Location. 39° 38.462′ N, 75° 43.941′ W. Marker is near Newark, Delaware, in New Castle County. Marker is on Dayett Mills Road near Old Baltimore Pike, on the right when traveling south. Touch for map. Marker is in this post office area: Newark DE 19702, United States of America. Touch for directions.