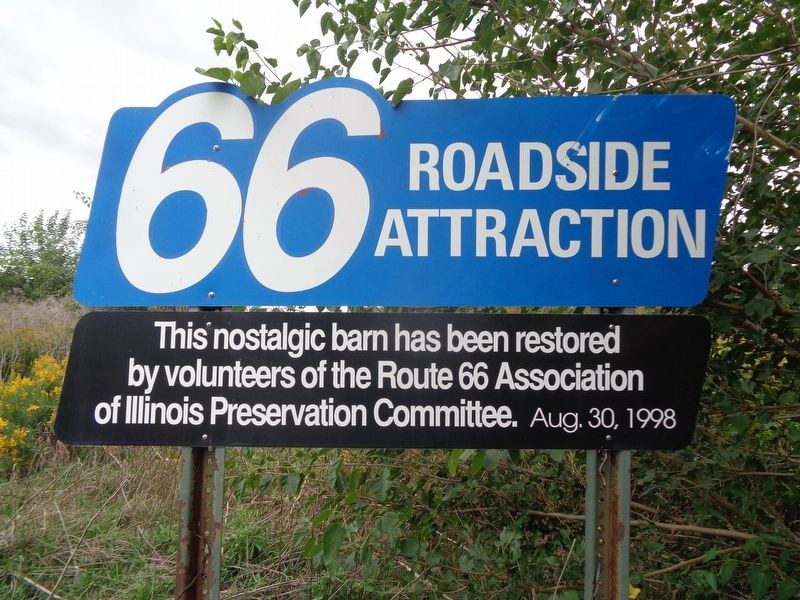 This nostalgic barn has been restored by volunteers of the Route 66 Association of Illinois Preservation Committee. August 30, 1998

Topics and series. This historical marker is listed in these topic lists: Arts, Letters, Music • Communications • Roads & Vehicles. In addition, it is included in the Route 66 Roadside Attractions, and the U.S. Route 66 series lists. 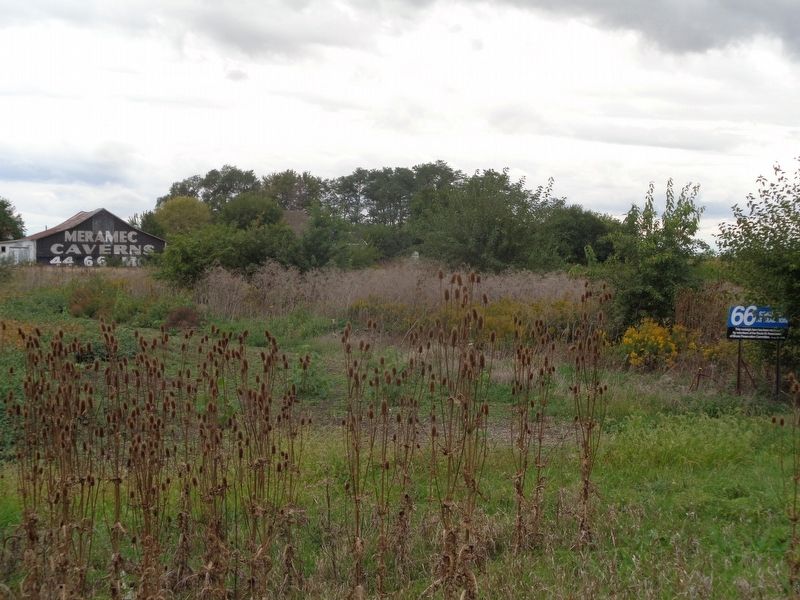 More about this marker. This was the first Route 66 marker erected by the Hampton Hotels Save-a-Landmark Program. That story is told in the photo that contains the original marker, which was replaced due to deterioration (see photo).

Regarding Meramec Caverns Barn. Meramec Caverns is one of the most advertised places in the Midwest, with billboards in such states as Missouri and Illinois. Farmers were paid money to advertise the attraction on their barns. Not just on Route 66 but on interstates as well. It is not known when exactly this was originally painted, though it is shown in typical 1930's style. This is one of four surviving Meramec Caverns barns along old Route 66 - the other three are in Conway, MO, St. Clair, MO and Chandler, OK. There was one in Hamel, Illinois but it was damaged by a tornado in 2011. 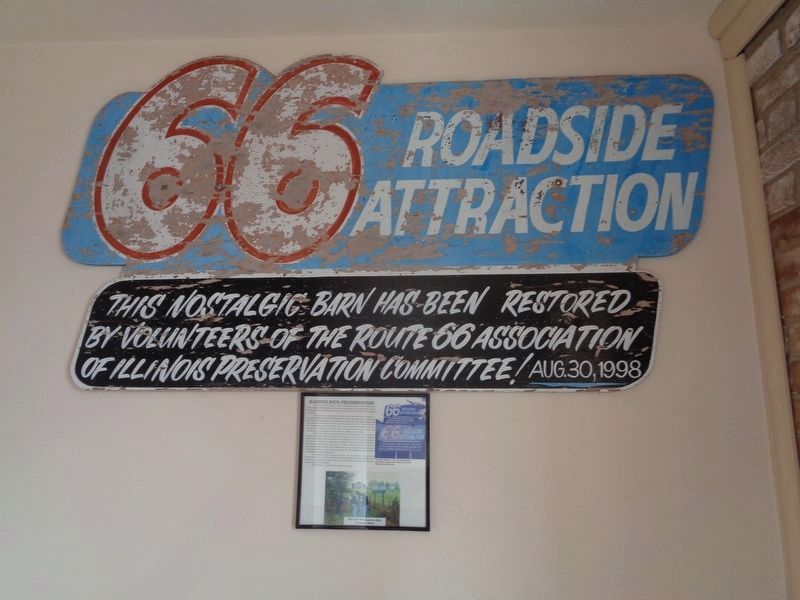