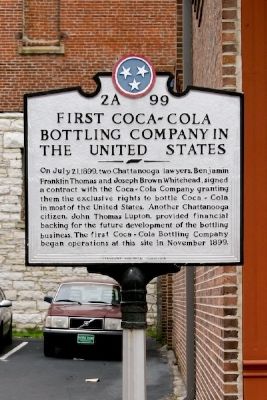 On July 21, 1899, two Chattanooga lawyers, Benjamin Franklin Thomas and Joseph Brown Whitehead, signed a contract with the Coca-Cola Company granting them the exclusive rights to bottle Coca-Cola in most of the United States. Another Chattanooga citizen, John Thomas Lupton, provided financial backing for the future development of the bottling business. The first Coca-Cola Bottling Company began operations at this site in November 1899.

Topics and series. This historical marker is listed in this topic list: Industry & Commerce. In addition, it is included in the Tennessee Historical Commission series list. A significant historical month for this entry is July 1870. 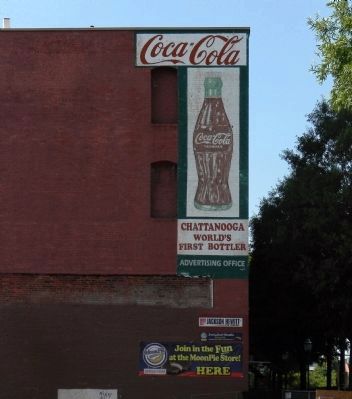 Photographed By PaulwC3, June 17, 2014
2. Remants of the First Coca-Cola Bottling Company In The United States
Still visible today on the side of downtown Chattanooga building.