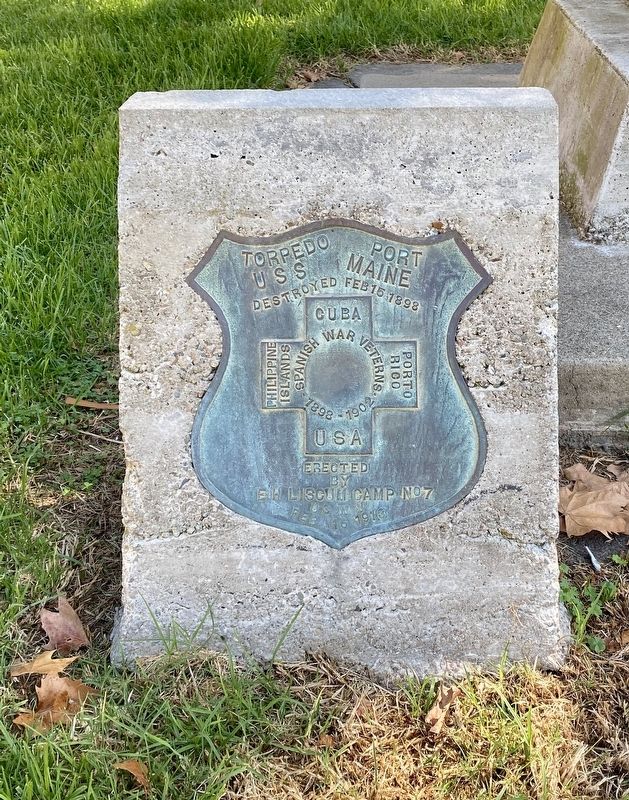 Topics and series. This memorial is listed in these topic lists: War, Spanish-American • Waterways & Vessels. In addition, it is included in the U.S.S. Maine Memorial Plaques series list.

Location. 37° 48.659′ N, 122° 15.681′ W. Marker is in Oakland, California, in Alameda County. Memorial is at the intersection of Grand Avenue and Harrison Street, on the right when traveling west on Grand Avenue. Touch for map. Marker is at or near this postal address: 200 Grand Avenue, Oakland CA 94610, United States of America. Touch for directions. 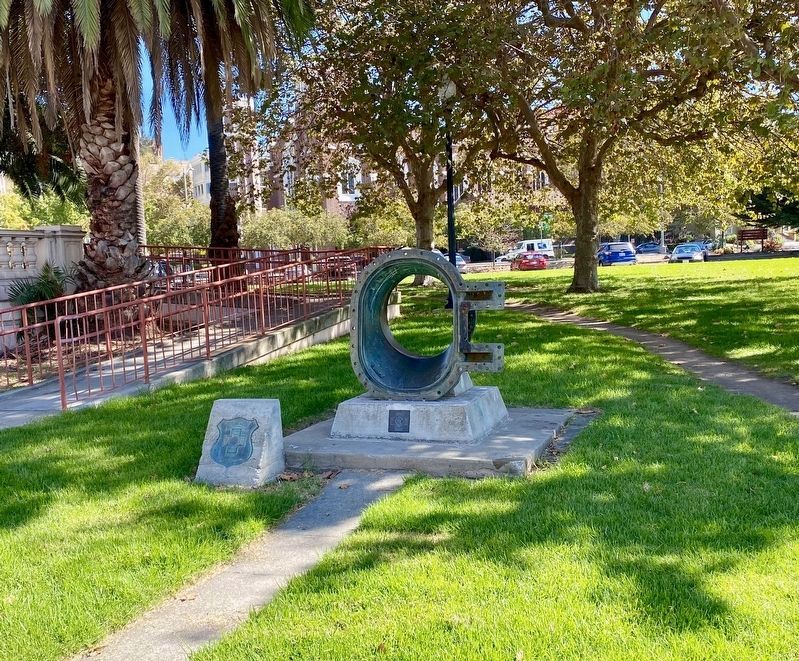 More about this memorial. The memorial is located on the grounds of the Downtown Oakland Senior Center (formerly the Veterans Memorial Building).

Also see . . .  USS Maine (1889) (Wikipedia). "USS Maine was a United States Navy ship that sank in Havana Harbor in February 1898, contributing to the outbreak of the Spanish–American War in April. American newspapers, engaging in yellow journalism to boost circulation, claimed that the Spanish were responsible for the ship's destruction. The phrase "Remember the Maine! To hell with Spain!" became a rallying cry for action. Although the Maine explosion was not a direct cause, it served as a catalyst that accelerated the events leading up to the war." (Submitted on October 4, 2020.) 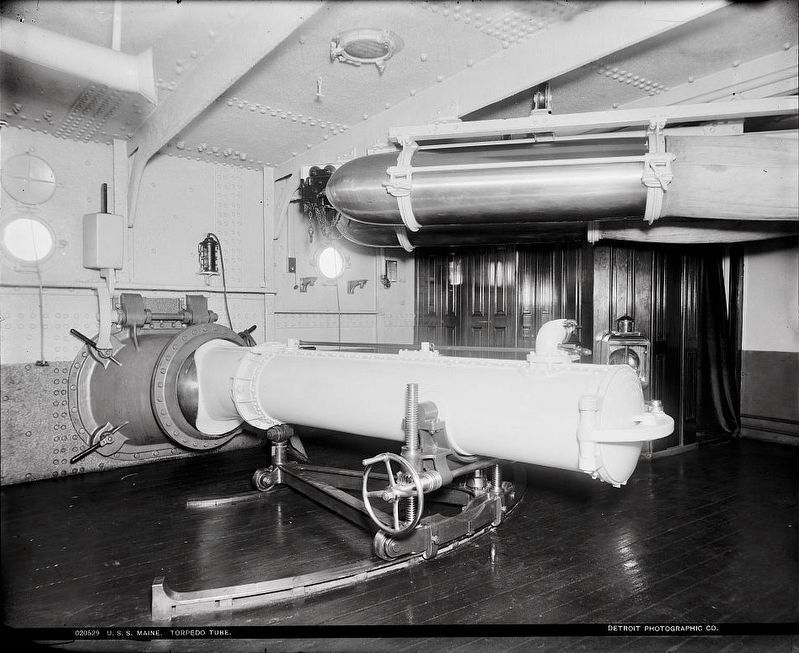