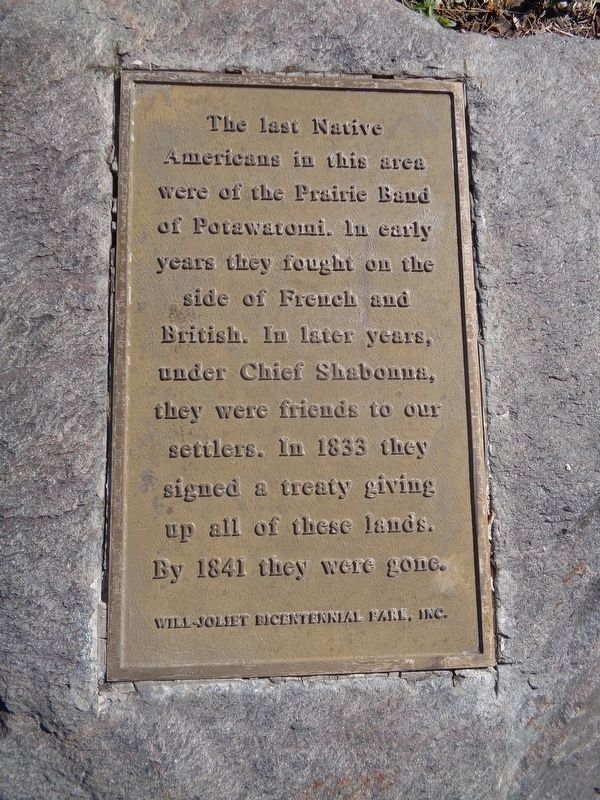 The last Native Americans in this area were of the Prairie Band of Potawatomi. In early years they fought on the side of French and British. In later years, under Chief Shabonna, they were friends to our settlers. In 1833 they signed a treaty giving up all of these lands. By 1841 they were gone.

Topics. This historical marker is listed in these topic lists: Native Americans • Settlements & Settlers. A significant historical year for this entry is 1833.

Location. 41° 31.527′ N, 88° 5.281′ W. Marker is in Joliet, Illinois, in Will County. Marker is on North Bluff Street north of West Jefferson Street (U.S. 30), on the right when traveling south. Marker is located at Billie Limacher Bicentennial Park. Touch for map. Marker is at or near this postal address: 30 N Bluff Street, Joliet IL 60435, United States of America. Touch for directions. 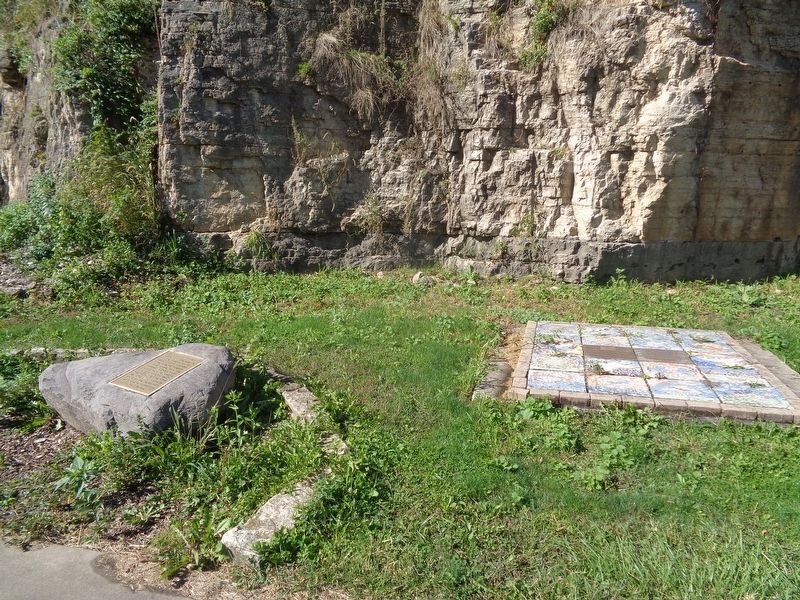