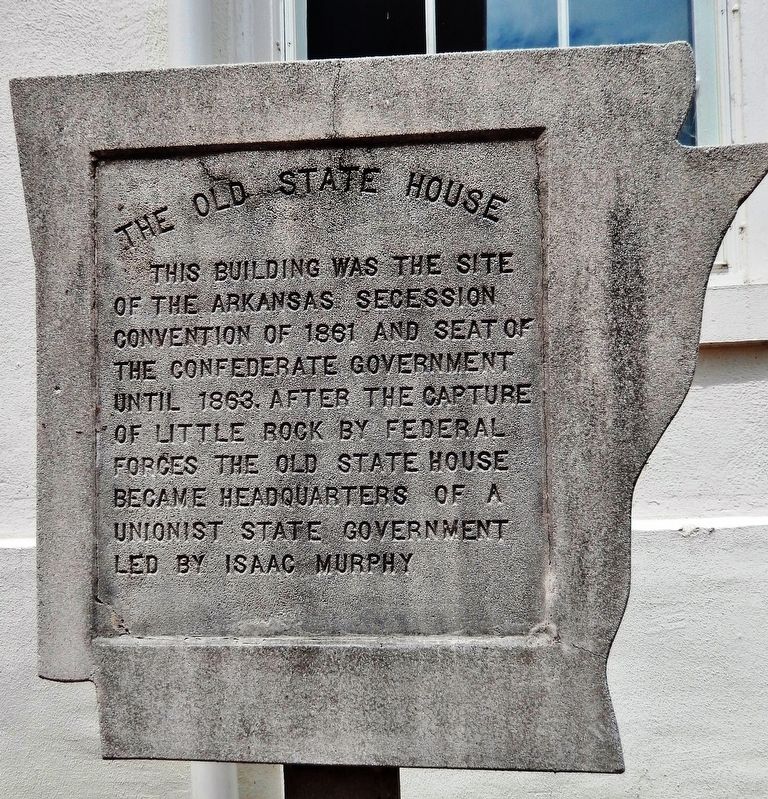 This building was the site of the Arkansas Secession Convention of 1861 and seat of the Confederate Government until 1863. After the capture of Little Rock by Federal forces the Old State House became headquarters of a Unionist State Government led by Isaac Murphy.

Topics. This historical marker is listed in these topic lists: Notable Buildings • War, US Civil. A significant historical year for this entry is 1861.

Location. 34° 44.941′ N, 92° 16.335′ W. Marker is in Little Rock, Arkansas, in Pulaski County. Marker can be reached from the intersection of West Markham Street and Ashley Street, on the right when traveling west. Marker is located in the courtyard on the east side of the Old State House Museum. Touch for map. Marker is at or near this postal address: 300 West Markham Street, Little Rock AR 72201, United States of America. Touch for directions. 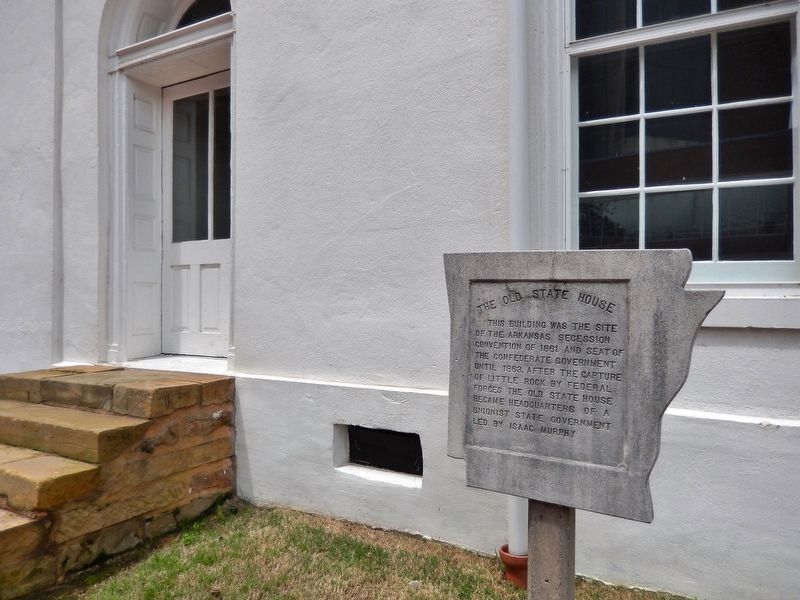 Regarding The Old State House. National Register of Historic Places #69000037.

Also see . . .
1. Old State House. Wikipedia entry:
Unionists prevailed at an initial, March 1861, secession convention after the 1860 election of Abraham Lincoln. However, after South Carolina fired on Fort Sumter and Lincoln called up troops, on the morning of May 6, 1861, a second secession convention assembled at the State House. After intense debate, an ordinance of secession passed. Isaac Murphy, a delegate from Madison County, held out despite enormous pressure. After the Union victory at the Battle of Bayou Fourche in September 1863, Federal troops occupied the building for the rest of the war. (Submitted on October 7, 2020, by Cosmos Mariner of Cape Canaveral, Florida.) 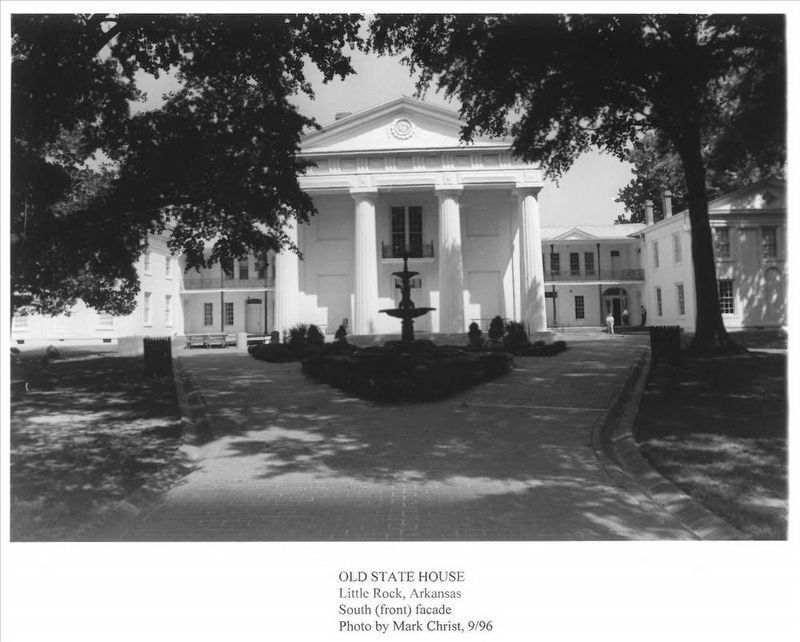 via NPS, unknown
3. Old State House
NPGallery Digital Asset Management System website entry
Click for more information.
many of the most important events in Arkansas history. The Old State House has hosted the admission of Arkansas to the Union, a fatal Bowie knife fight between two sitting legislators, the Arkansas vote to secede from the United States and join the Confederacy, pioneering medical research into hookworm and malaria, and two acceptance speeches by the president of the United States. (Submitted on October 8, 2020, by Cosmos Mariner of Cape Canaveral, Florida.)

3. Isaac Murphy (1799–1882). Encyclopedia of Arkansas website entry:
Isaac Murphy was a teacher, attorney, and eighth governor of Arkansas. He became nationally famous when, at the Arkansas Secession Convention on May 6, 1861, he not only voted against secession but also resolutely refused to change his vote despite enormous crowd pressure. In 1864, he became the first elected governor of Union-controlled Arkansas. (Submitted on October 8, 2020, by Cosmos Mariner of Cape Canaveral, Florida.) 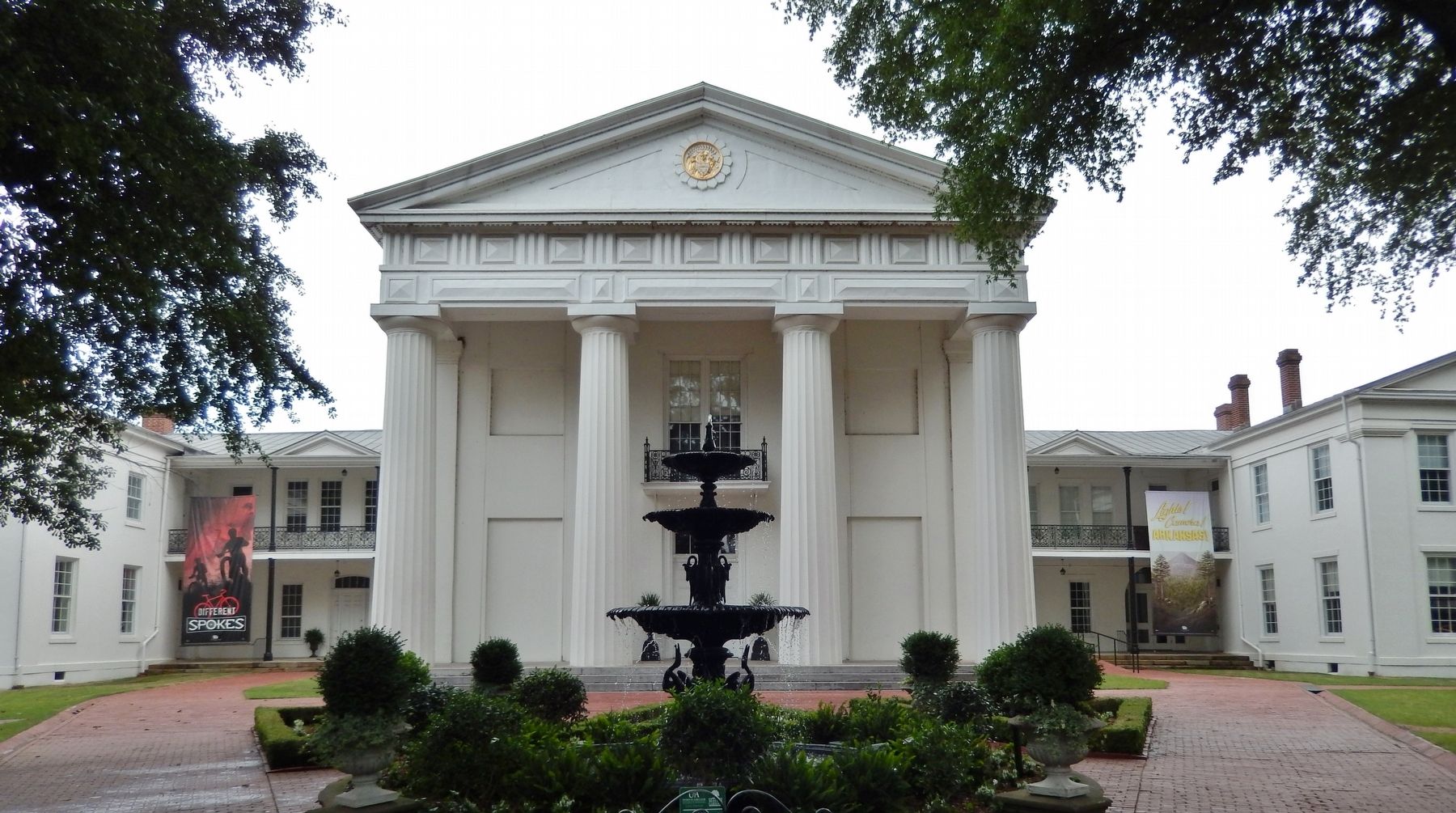