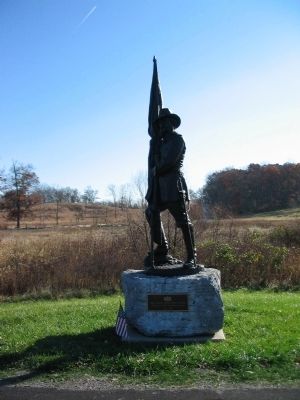 Location. 39° 47.756′ N, 77° 14.327′ W. Marker is in Cumberland Township, Pennsylvania, in Adams County. Memorial is on Crawford Avenue, on the right when traveling north. Located in Plum Run Valley (the Valley of Death) in Gettysburg National Military Park. Touch for map. Marker is in this post office area: Gettysburg PA 17325, United States of America. Touch for directions. 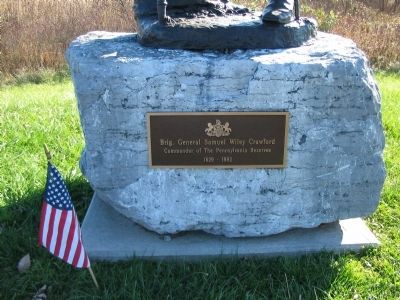 Click or scan to see
this page online
Click here for a list of markers that are related to this marker. Plum Run Valley vurtual tour by markers.

Also see . . .  Reports of Brig. Gen. Samuel W. Crawford. Gen. Crawford's Division represented the last reserve on the Federal left on July 2. When committed in the falling evening light the Pennsylvanians cleared a Plum Run Valley up to the edge of the Wheatfield:
Not a moment was to be lost. Uncovering our front, I ordered an immediate advance. The command advanced gallantly with loud cheers. Two well-directed volleys were delivered upon the advancing masses of the enemy, when the whole column charged at a run down the slope, driving the enemy back across the space beyond and across the stone wall, for the possession of which there was a short but determined struggle. The enemy retired to the wheat-field and the woods. (Submitted on February 1, 2009, by Craig Swain of Leesburg, Virginia.)

Additional commentary.
1. Crawford Park
Long after the war, General Crawford maintained an attachment to the battlefield, and often visited Gettysburg. In 1872, he became concerned with changes being made to the battlefield, specifically tree cutting and rock quarrying. In response, for $500 Crawford purchased Plum Run Valley west of Little Round Top. The 47 acre tract 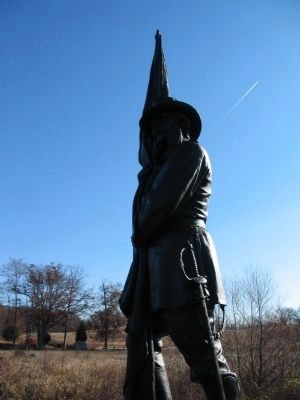 Photographed By Craig Swain, November 11, 2008
3. Statue of Gen. Crawford
The statue depicts General Crawford taking the colors from the bearer to personally lead the charge of the Pennsylvania Reserves into the Valley of Death.
was known as Crawford Park. Later, Crawford became director of the Gettysburg Battlefield Memorial Association (GBMA), an organization supported by the State of Pennsylvania that pre-dated any Federal Battlefield Commissions. However, in spite of being part of the GBMA, Crawford had many disputes with the organization with regard to how Crawford Park was used. Crawford refused to even allow monument placement on his land.

Even though General Crawford indicated the park would be passed to the GBMA after his death, the disagreements must have seeded resentment. Before his death in November 1892, no arrangements were made for the land transfer. Adding further insult, Crawford granted a right-of-way for an electric railway through the Vally over his property, a development opposed by the GBMA.

Outrage against the intrusive construction of the railway line was public and at times emotional. The opposition reached a crescendo in late 1893 when the War Department was asked to survey the changes and assess any damage. One reaction to the report was Federal opposition to the railway, and a legal battle lasting several years. In 1896, the U.S. Supreme Court ruled that the Federal government could legally condemn land of historic significance in order to preserve it. The land was then acquired for the then new Gettysburg National Military Park, which over the span of another 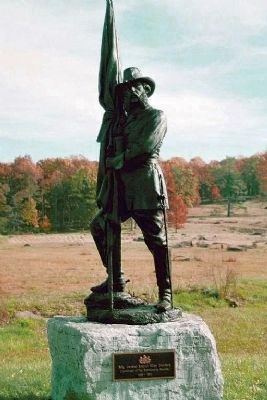 Thus one might say the ground west of Little Round Top was the site of two major battles - one between Federal and Confederate, and another which was more a legal affair to preserve the ground. All said, it is ironic to a degree that General Crawford's statue stands on ground where he opposed placement of memorials. 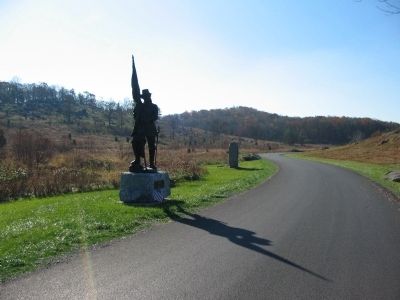