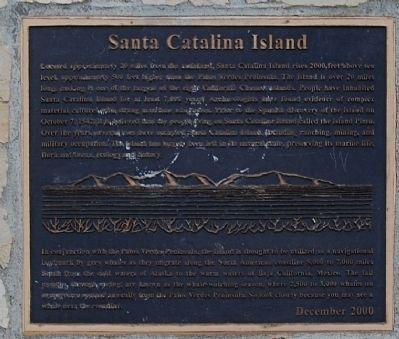 In conjunction with the Palos Verdes Peninsula, the island is thought to be utilized as a navigational landmark by grey whales as they migrate along the North American coastline 5,000-7,000 miles south from the cold waters of Alaska to the warm water of Baja California, Mexico. The fall months through spring are known as 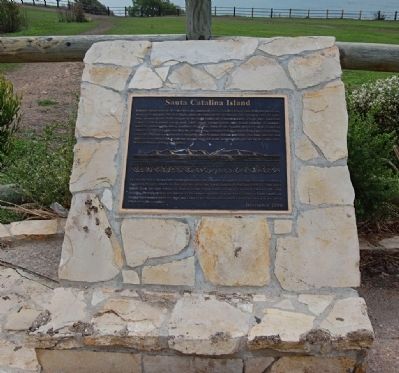 Click or scan to see
this page online
whale-watching season where 2,500 to 3,000 whales on average are spotted annually from the Palos Verdes Peninsula. So look closely because you may see a whale near the coastline.

Topics. This historical marker is listed in these topic lists: Animals • Environment • Exploration. A significant historical month for this entry is October 1797. 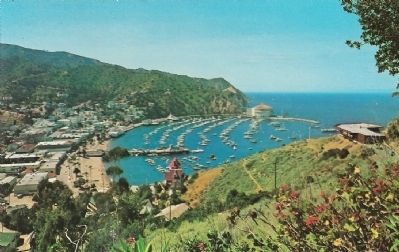 Photographed By Mike Roberts Color Productions, Catalina Color Cards
3. View of Avalon and the Harbor - Santa Catalina Island
Description on postcard:
Avalon and the Harbor as viewed from the grounds of Mt. Ada which was originally built as a home by William Wrigley, Jr. This view looks northwest towards the Chimes Tower and Casino across the bay.
spring training operations to the Island. From 1921 to 1941 Major League Baseball played an important role on the island. 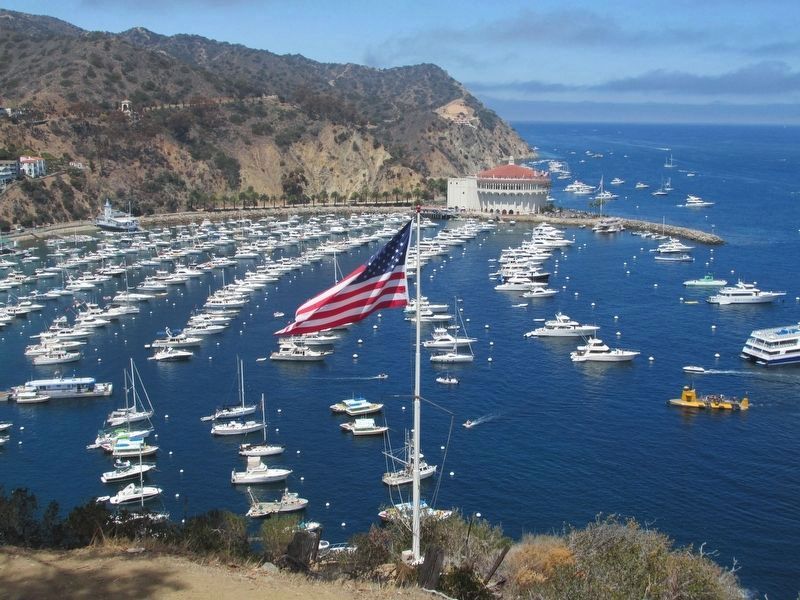 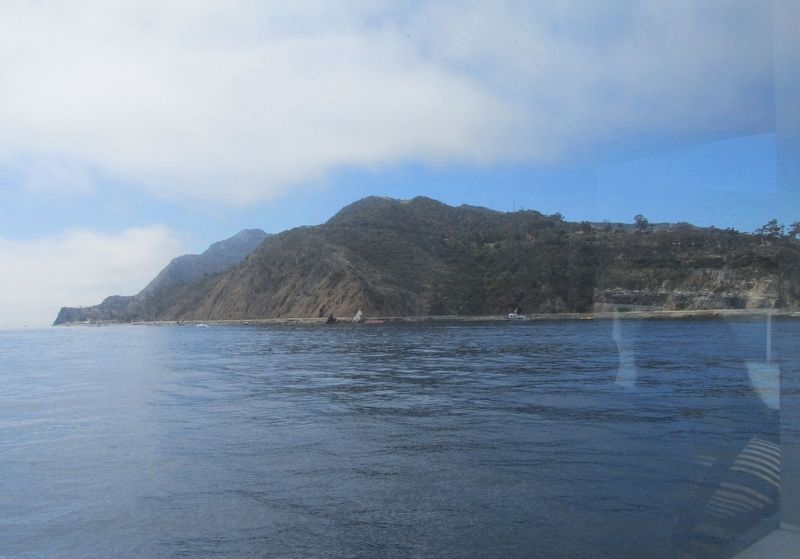 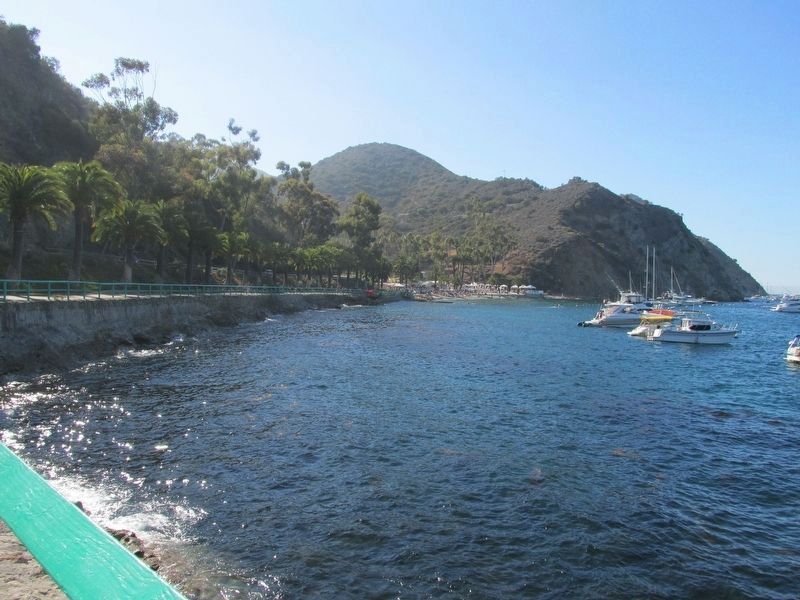