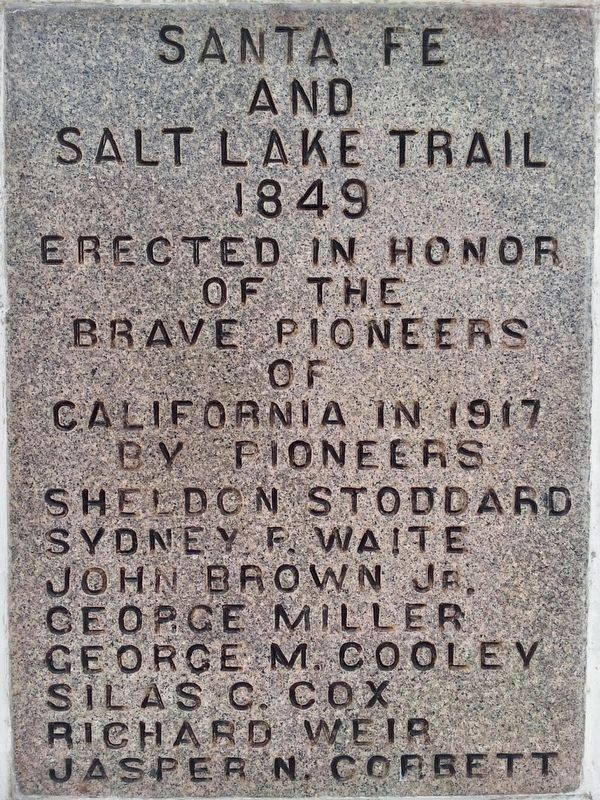 Topics and series. This historical marker is listed in these topic lists: Roads & Vehicles • Settlements & Settlers. In addition, it is included in the California Historical Landmarks, the Mormon Pioneer Trail, and the U.S. Route 66 series lists.

Other nearby markers. At least 8 other markers are within 5 miles of this marker, measured as the crow flies. Camp Cajon Monument (within shouting distance of this marker); Stoddard-Waite Monument (approx. 0.2 miles away); Mormon Pioneer Trail (approx. ¼ mile away); Blue Cut 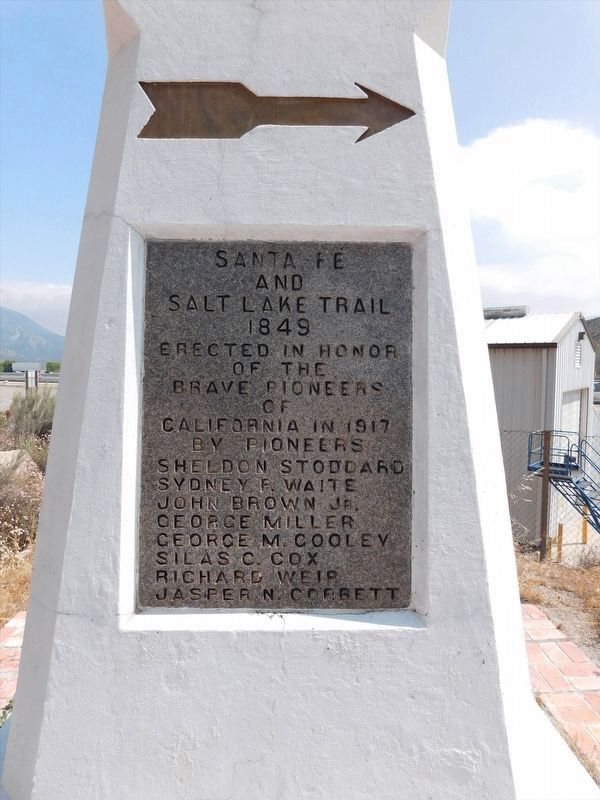 More about this marker. The marker dedication ceremony on December 23, 1917 was attended by all eight of the named pioneers.
This is California Historical Landmark number 576. 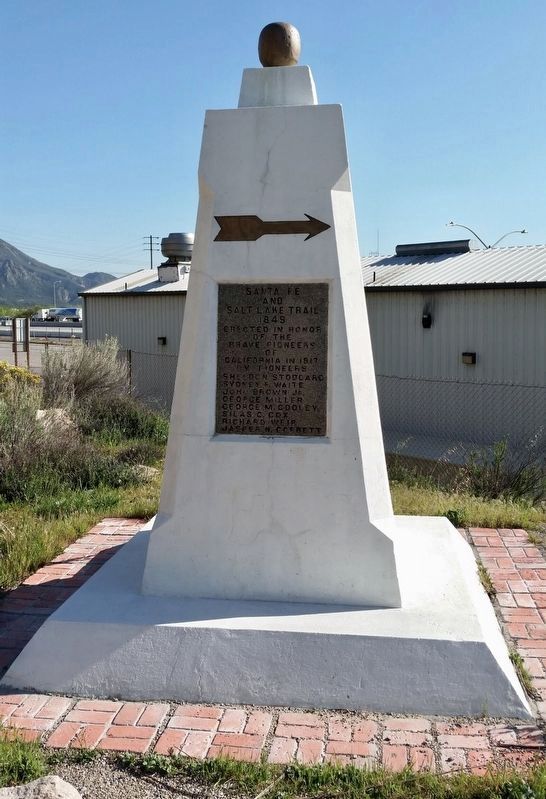 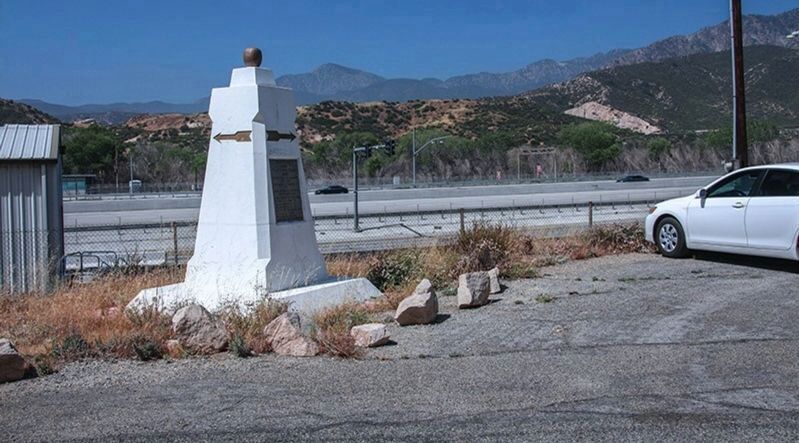 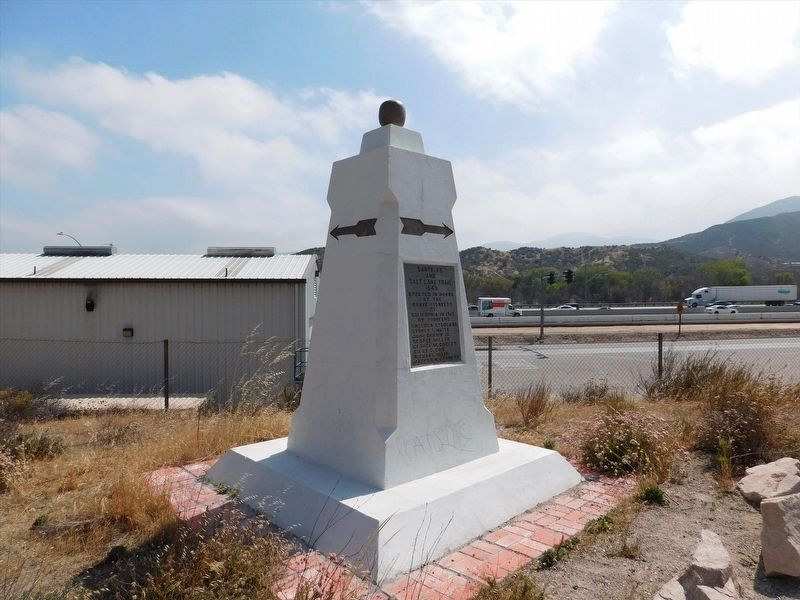 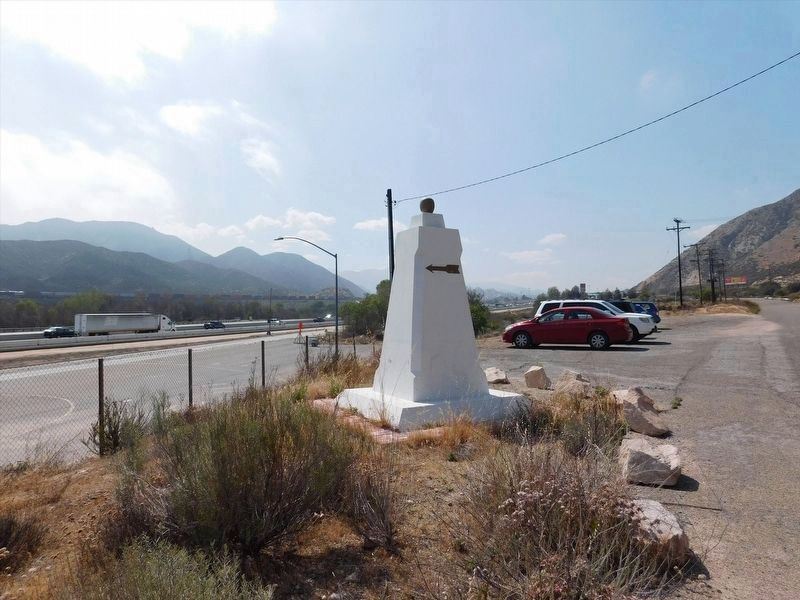 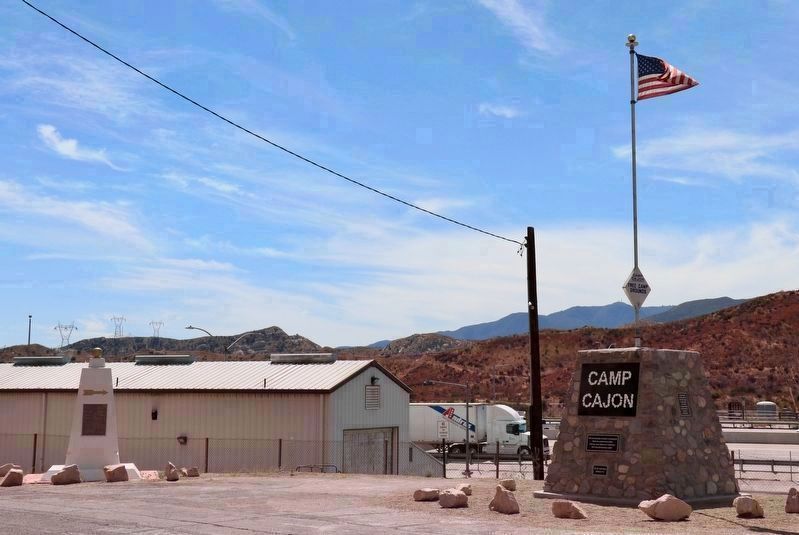 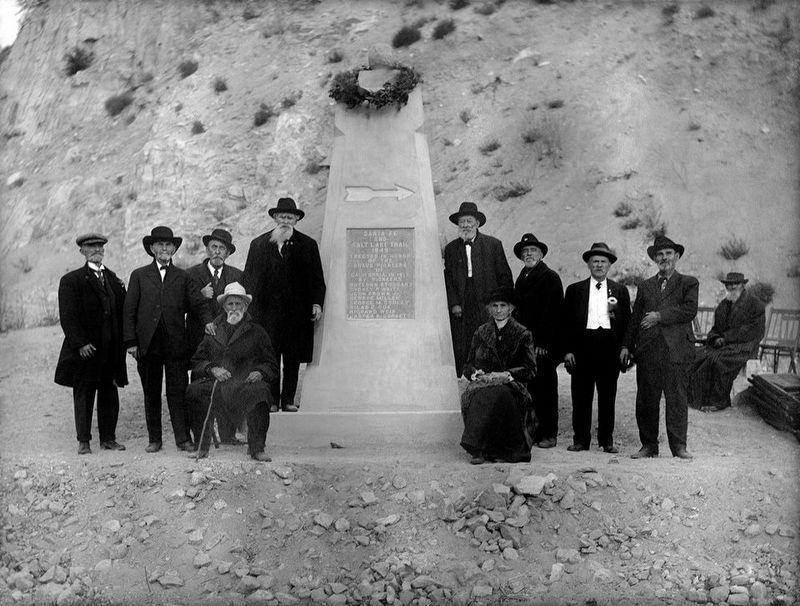