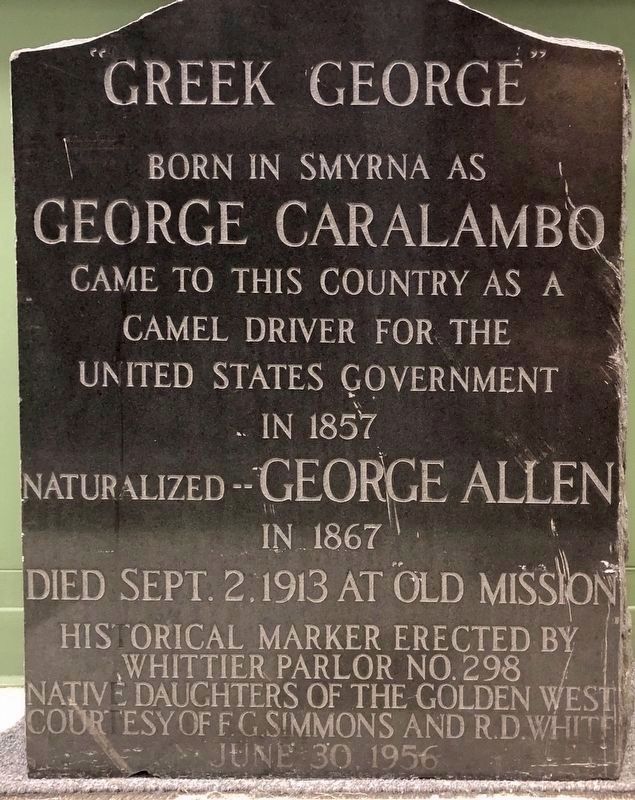 Whittier Historical Society & Museum, 2020
1. Greek George Marker
Inscription.
Greek George. Grave of George Caralambo. , Greek George, born in Smyrna as George Caralambo, came to this country as a camel driver for the United States Government in 1857. , Naturalized -- George Allen in 1867. , Died Sept. 2, 1913 at Old Mission. , Historical marker erected by Whittier Parlor No. 298 Native Daughters of the Golden West, courtesy of F. G. Simmons and R.D. White, June 30,1956. . This historical marker was erected in 1956 by Native Daughters of the Golden West. It is in Whittier in Los Angeles County California

Greek George, born in Smyrna as George Caralambo, came to this country as a camel driver for the United States Government in 1857.
Naturalized -- George Allen in 1867.
Died Sept. 2, 1913 at Old Mission.

Topics and series. This historical marker is listed in these topic lists: Animals • Cemeteries & Burial Sites. In addition, it is included in the California Historical Landmarks, and the Native Sons/Daughters of the Golden West series lists. A significant historical date for this entry is June 30, 1956.

Other nearby markers. At least 8 other markers are within 5 miles of this marker, measured as the crow flies. 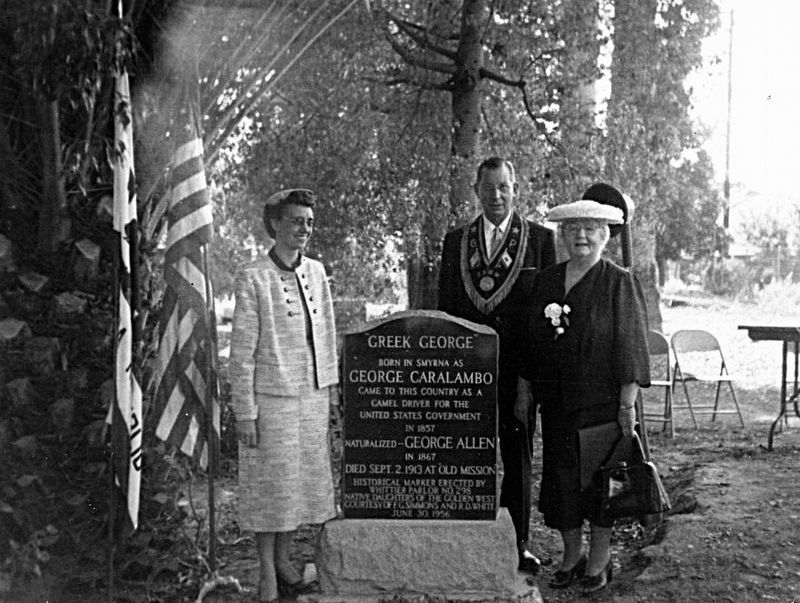 Courtesy Whittier Public Library, June 30, 1956
2. Greek George Marker
Dedication of the memorial gravemarker of Greek George. Although this is a Native Daughters' dedication, the gentleman in the photo is the Grand President of the Native Sons, Alfred P. Peracca.

More about this marker. In 1977 all headstones were permanently removed, and the cemetery was covered with fill dirt and transformed into a public park. It was decided to develop the property into a park after it was declared a public nuisance in 1959. The remains of the unclaimed are still there, and the names of the deceased are listed on a memorial at the park. The present park walkways follow the original cemetery paths.

The historical marker for Greek George is currently on display at the Whittier Museum, 6755 Newlin Ave, Whittier, open Tue-Fri 9-4, Sat 1-4.

Regarding Greek George. This is California Historic Landmark No. 646, Grave of George Caralambo (Greek George) —
This is the grave of 'Greek George,' a camel driver from Asia Minor who came to the United States with the second load of camels purchased by the War Department as an experiment to open a wagon road to Fort Tejón from Fort Defiance, New Mexico. Because of the Civil War, the experiment was abandoned. 'Greek George' became a naturalized citizen in 1867 under the name of George Allen. He built an adobe home on Santa Monica Boulevard. 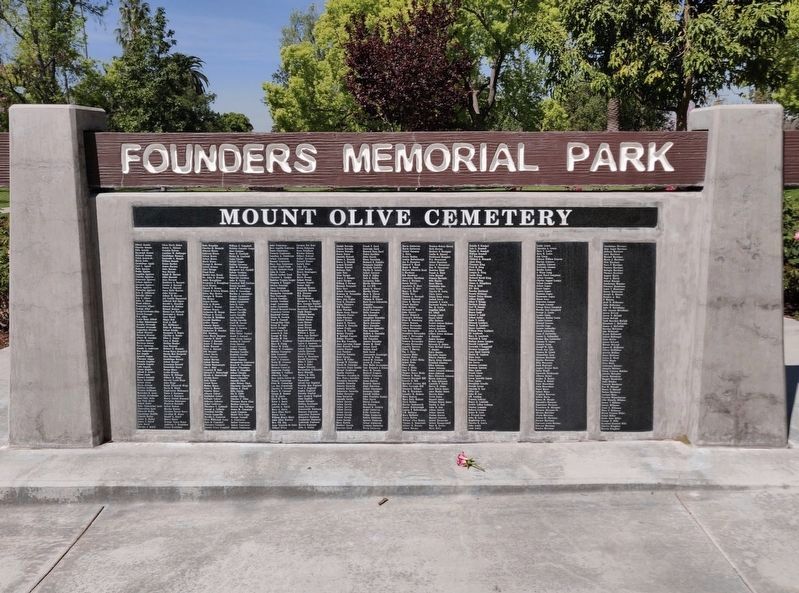