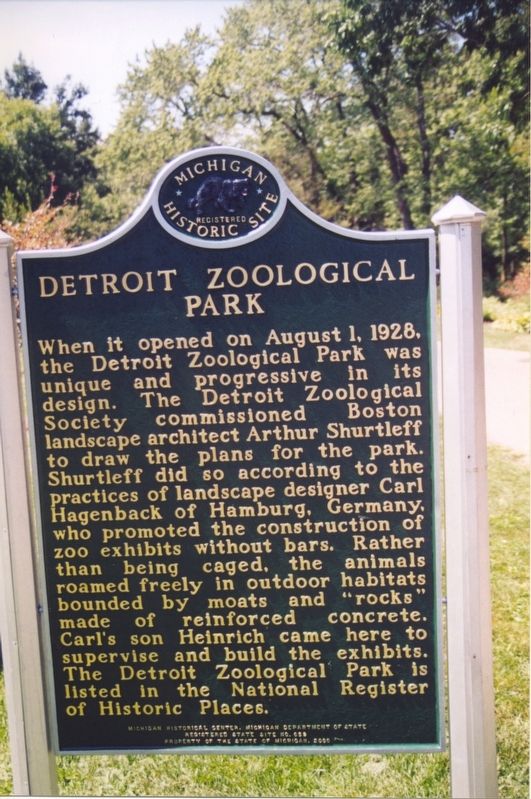 When it opened on August 1, 1928, the Detroit Zoological Park was unique and progressive in its design. The Detroit Zoological Society commissioned Boston landscape architect Arthur Shurtleff to draw the plans for the park. Shurtleff did so according to the practices of landscape designer Carl Hagenback [sic] of Hamburg, Germany, who promoted the construction of zoo exhibits without bars. Rather than being caged, the animals roamed freely in outdoor habitats bounded by moats and "rocks" made of reinforced concrete. Carl's son Heinrich came here to supervise and build the exhibits. The Detroit Zoological Park is listed in the National Register of Historic Places.

Topics and series. This historical marker is listed in these topic lists: Animals • Parks & Recreational Areas. In addition, it is included in the Michigan Historical Commission series list. A significant historical date for this entry is August 1, 1928. 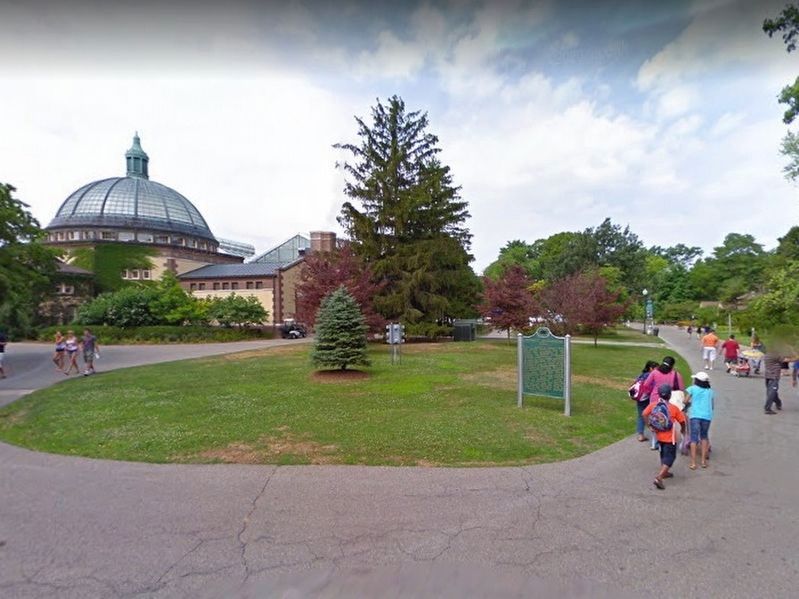 Also see . . .
1. Detroit Zoo. Wikipedia article that includes a history of the zoo. (Submitted on October 12, 2020, by Joel Seewald of Madison Heights, Michigan.)

Editor’s want-list for this marker. Confirmation that the marker has either been removed or moved. • Can you help?
Share this page.