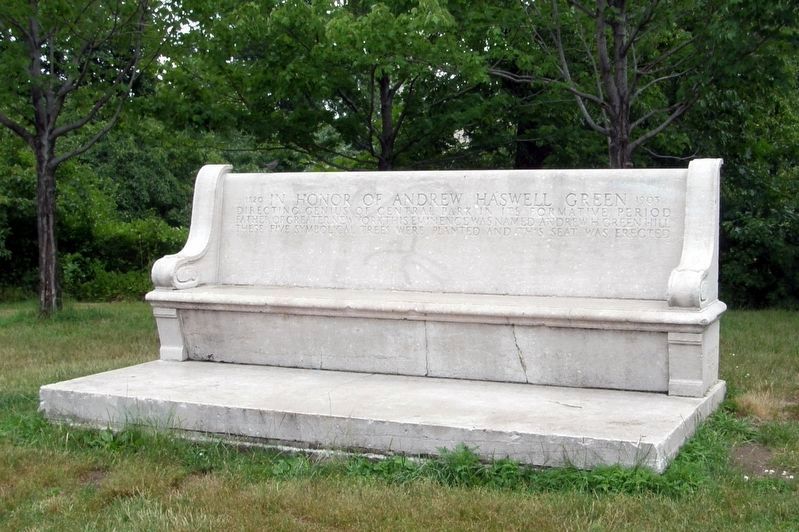 In Honor Of Andrew Haswell Green, 1820 - 1903.
Directing genius of Central Park in its formative period.
Father of Greater New York, this eminence was named Andrew H. Green Hill.
These five symbolical trees were planted and this seat was erected.

Topics. This historical marker and memorial is listed in these topic lists: Horticulture & Forestry • Parks & Recreational Areas. A significant historical year for this entry is 1820. 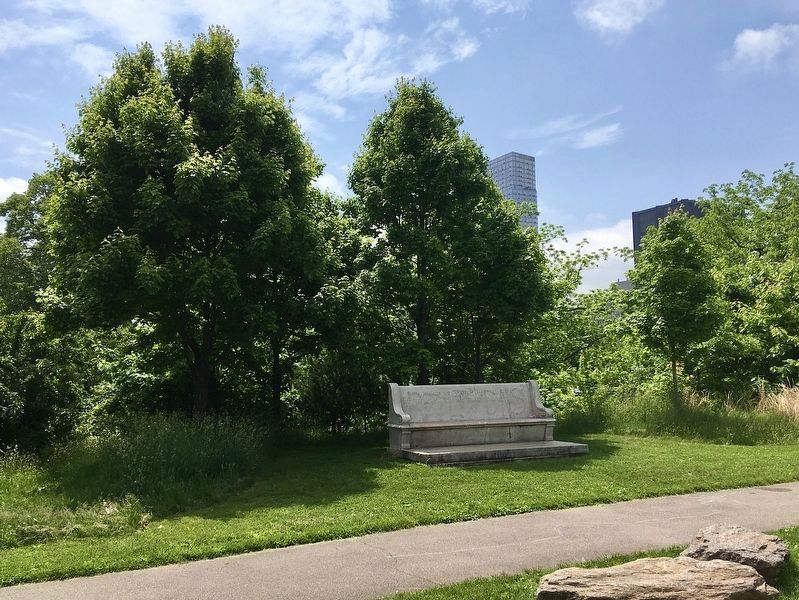 More about this memorial. The memorial was badly in need of care.

Regarding Andrew Haswell Green Memorial. Dedicated to the “Father of New York City” in 1929, this stone bench honors Andrew Haswell Green who played a pivotal role in both the creation of Central Park and the history of New York City. The bench was originally at east side of East Drive, but was moved c. 1976 to the west side of East Drive at 106th Street and five new maple trees were planted for the NYC centennial in 1998.
The original Andrew H. Green Hill is now a compost heap. 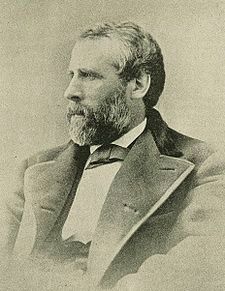