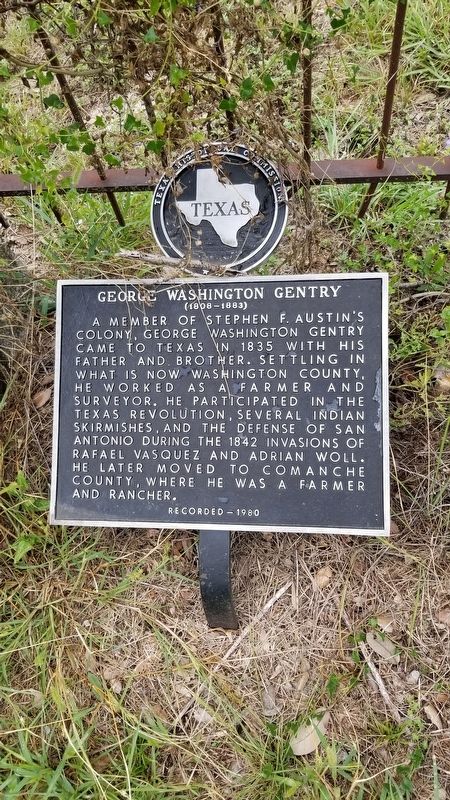 A member of Stephen F. Austin's Colony, George Washington Gentry came to Texas in 1835 with his father and brother. Settling what is now Washington County, he worked as a farmer and surveyor. He participated in the Texas Revolution, several Indian skirmishes, and the defense of San Antonio during the 1842 invasions of Rafael Vasquez and Adrian Woll. He later moved to Comanche County, where he was a farmer and rancher.
Recorded – 1980

Location. 31° 54.407′ N, 98° 36.017′ W. Marker is in Comanche, Texas, in Comanche County. Marker can be reached from the intersection of Bryan Street and East Cedar Avenue. The marker and gravestone are in section C-10 at the Oakwood Cemetery. Touch for map. Marker is in this post office area: Comanche TX 76442, United States of America. Touch for directions.

Other nearby markers. At least 8 other markers are within walking distance of this marker. M.R. (Boss) Greene (within shouting distance 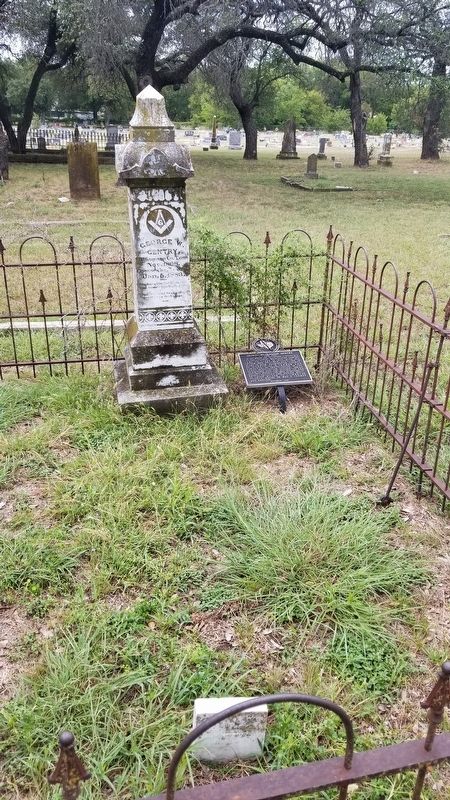 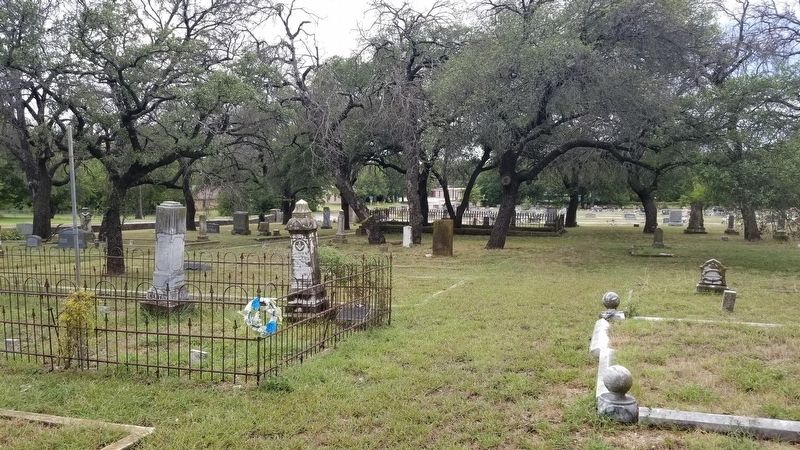