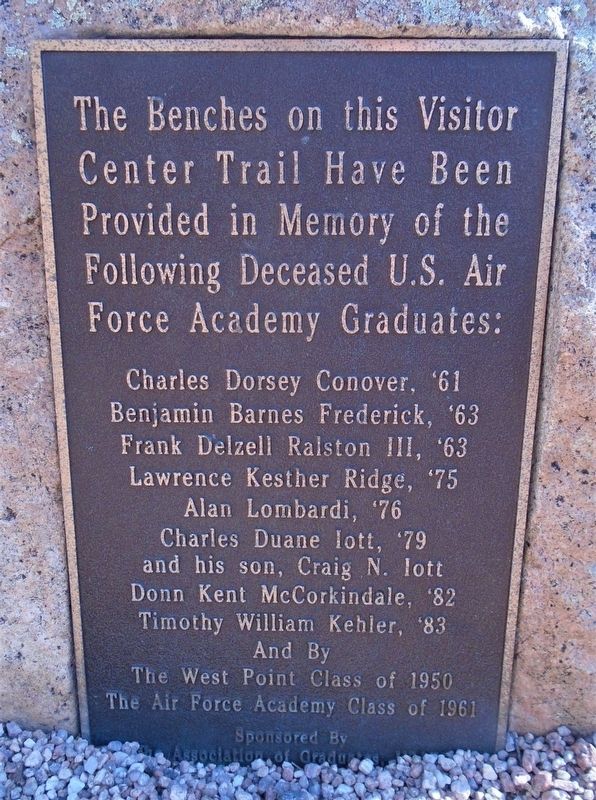 The Benches on this Visitor Center Trail
Have Been Provided in Memory of the Following
Deceased U.S. Air Force Academy Graduates:

Erected by The Association of Graduates.

Topics. This memorial is listed in this topic list: Patriots & Patriotism. 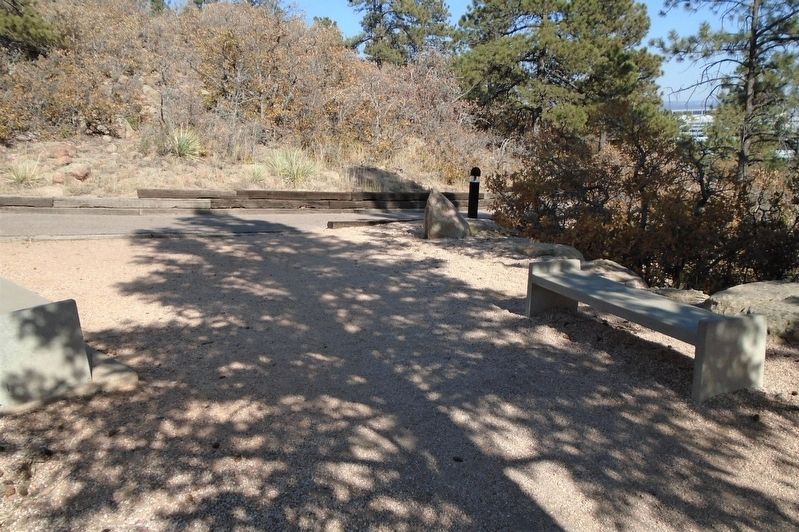