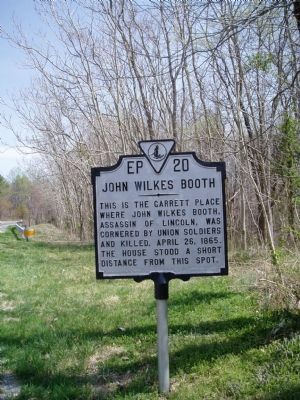 Photographed By John Walker Guss, March 15, 2007
1. John Wilkes Booth Marker
Inscription.
John Wilkes Booth. . This is the Garrett place where John Wilkes Booth, assassin of Lincoln, was cornered by Union soldiers and killed, April 26, 1865. The house stood a short distance from this spot. . This historical marker was erected in 1937 by Virginia Conservation and Development Commission. It is Near Port Royal in Caroline County Virginia

This is the Garrett place where John Wilkes Booth, assassin of Lincoln, was cornered by Union soldiers and killed, April 26, 1865. The house stood a short distance from this spot.

Topics and series. This historical marker is listed in this topic list: War, US Civil. In addition, it is included in the Booth's Escape, the Former U.S. Presidents: #16 Abraham Lincoln, and the Virginia Department of Historic Resources series lists. A significant historical date for this entry is April 26, 1865.

Location. This marker has been replaced by another marker nearby. It was located near 38° 8.39′ N, 77° 13.723′ W. Marker was near Port Royal, Virginia, in Caroline County. Marker was on U.S. 301, 2½ miles south of U.S. 17, on the right when traveling north. It could be seen from the southbound lanes of US-301. It was north of Peumansend Creek. Touch for map. Marker was in this post office area: Port Royal VA 22535, United States of America. Touch for directions.

Other nearby markers. At least 8 other markers are within 3 miles of this location, measured as the crow 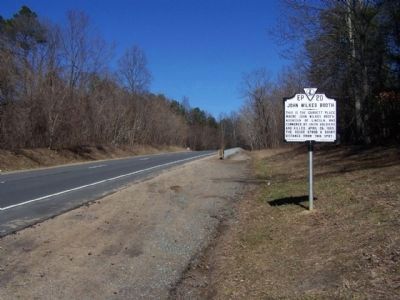 More about this marker. This marker was replaced by a new one named Assassin's End (see nearby markers).

Additional commentary.
1. Marker Stolen
The Free Lance-Star (01/07/15) reports this marker was stolen in October 2014. A replacement marker titled “Assassin’s End” has been approved by VDHR. Note To Editor only visible by Contributor and editor
— Submitted January 8, 2015.
2. Stolen marker replaced
This marker, stolen in 2014, has been replaced by one with updated text. Members of the Surratt Society, a group that studies the Lincoln assassination, 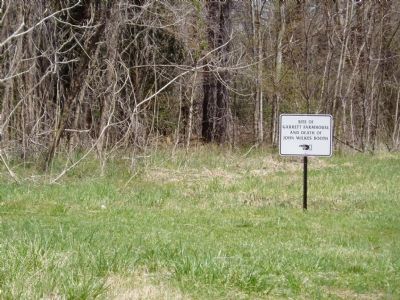 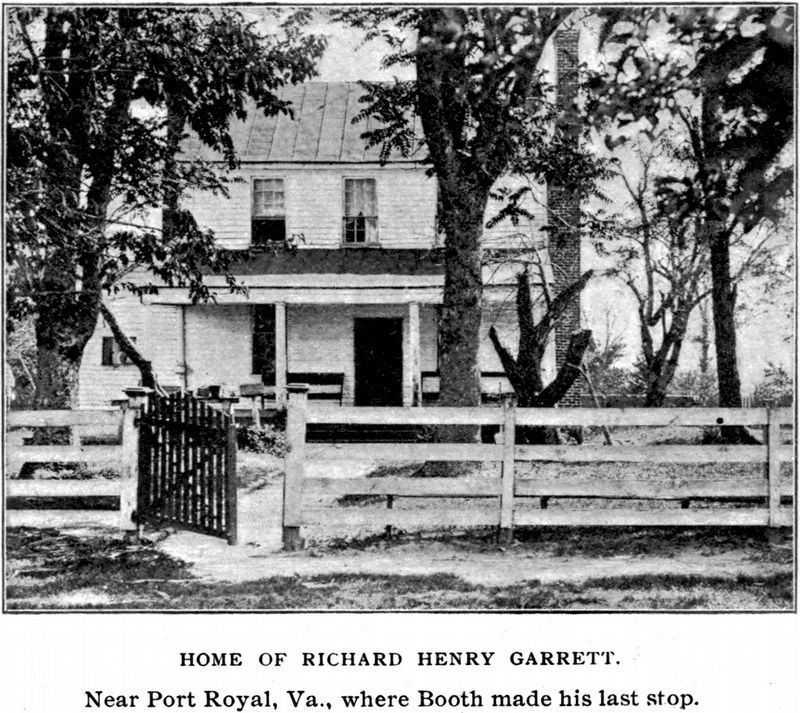 Internet Archive
4. Home of Richard Henry Garrett
Where Booth made his last stop.
From The Assassination of Abraham Lincoln by Osborn Hamiline Oldroyd and Thomas Mealey Harris, 1901. 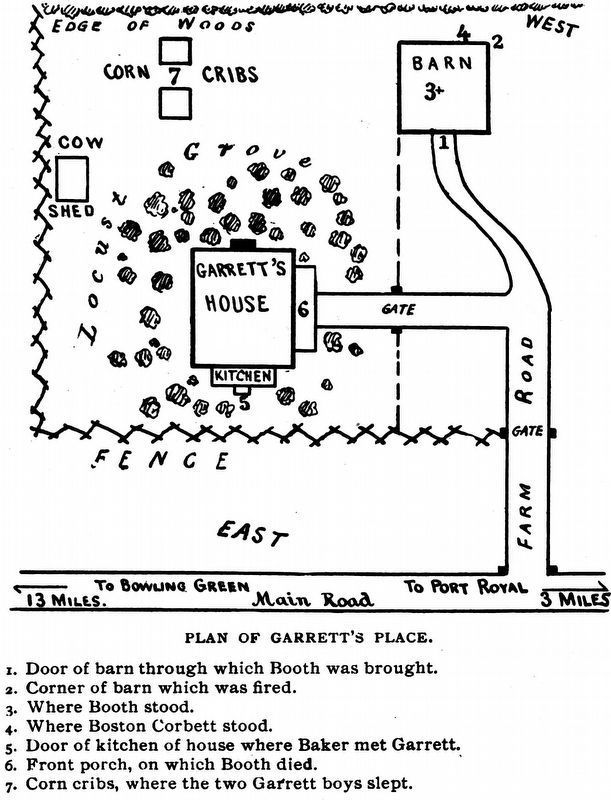 Internet Archive
5. Plan of Garrett's Place
From The Assassination of Abraham Lincoln by Osborn Hamiline Oldroyd and Thomas Mealey Harris, 1901. 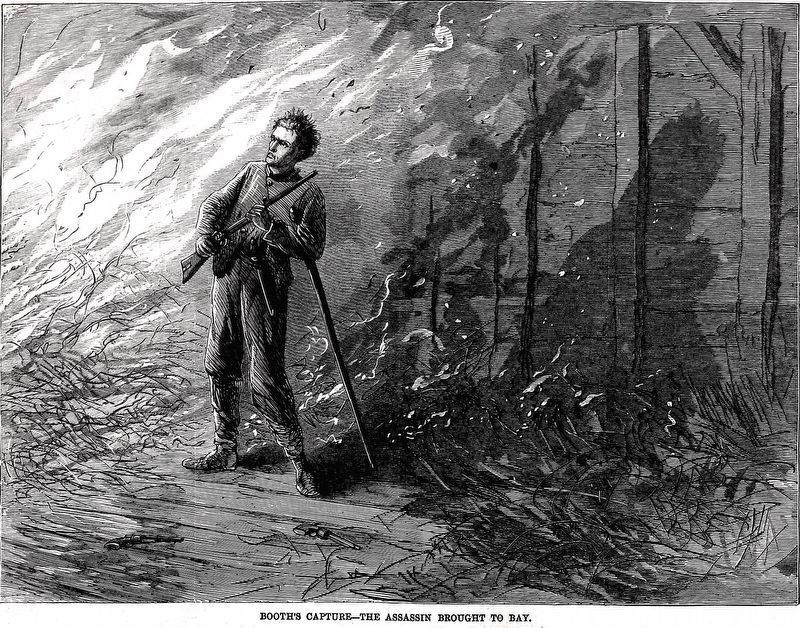