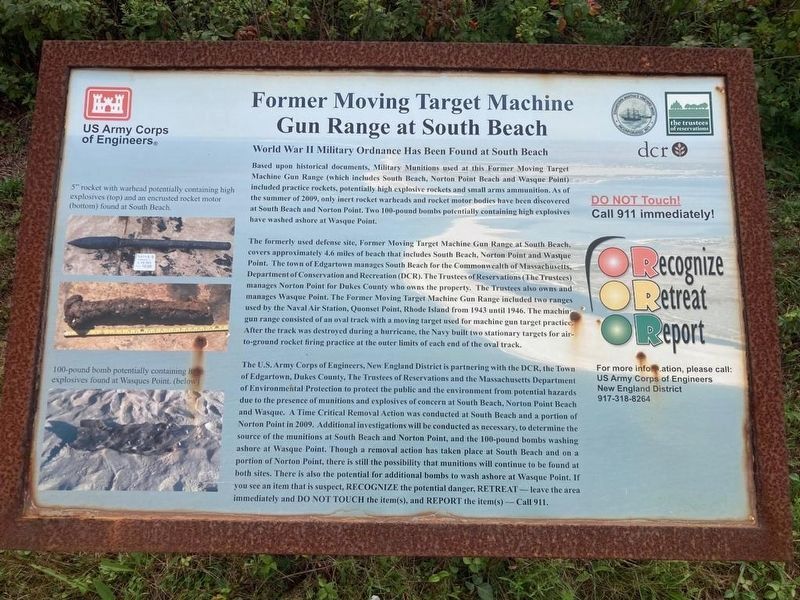 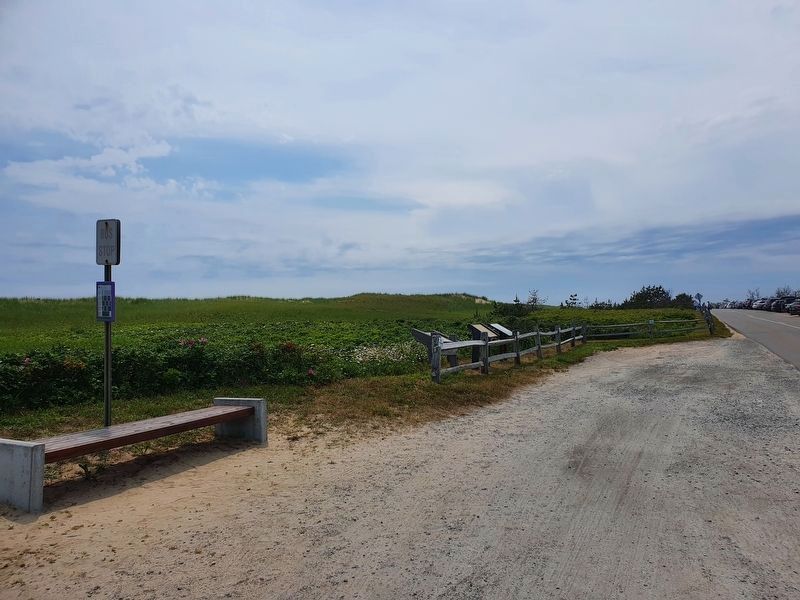 Click or scan to see
this page online
ranges used by the Naval Air Station, Quonset Point, Rhode Island from 1943 until 1946. The machine gun range consisted of an oval track with a moving target used for machine gun target practice. After the track was destroyed during a hurricane, the Navy built two stationary targets for air- to-ground rocket firing practice at the outer limits of each end of the oval track.

The U.S. Army Corps of Engineers, New England District is partnering with the DCR, the Town of Edgartown, Dukes County, The Trustees of Reservations and the Massachusetts Department of Environmental Protection to protect the public and the environment from potential hazards due to the presence of munitions and explosives of concern at South Beach, Norton Point Beach and Wasque. A Time Critical Removal Action was conducted at South Beach and a portion of Norton Point in 2009. Additional investigations will be conducted as necessary, to determine the source of the munitions at South Beach and Norton Point, and the 100-pound bombs washing ashore at Wasque Point. Though a removal action has taken place at South Beach and on a portion of Norton Point, there is still the possibility that munitions will continue to be found at both sites. There is also the potential for additional bombs to wash ashore at Wasque Point. If you see an item that is suspect, RECOGNIZE the potential danger, RETREAT – leave the area immediately and DO NOT TOUCH the item(s), and REPORT the item(s) - Call 911.

Erected by US Army Corps of Engineers.

Topics. This historical marker is listed in these topic lists: Parks & Recreational Areas • War, World II. A significant historical year for this entry is 2009.

Location. 41° 20.962′ N, 70° 30.734′ W. Marker is near Edgartown, Massachusetts, in Dukes County. Marker is on Atlantic Drive west of Katama Road, on the left when traveling west. Touch for map. Marker is in this post office area: Edgartown MA 02539, United States of America. Touch for directions.