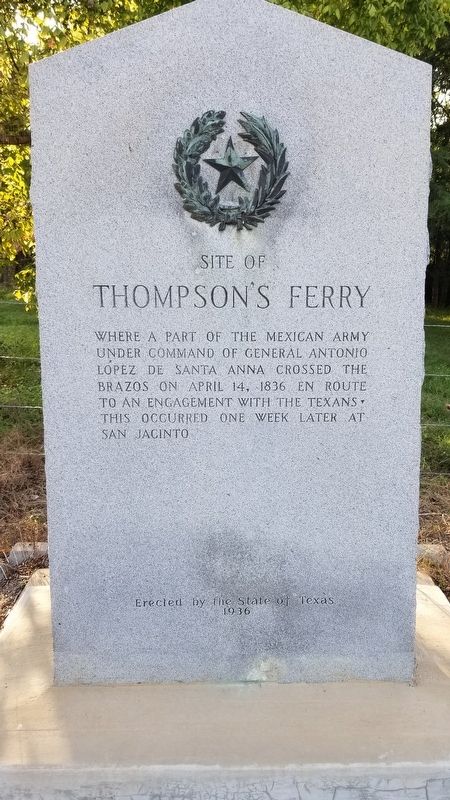 Photographed By James Hulse, October 10, 2020
1. Site of Thompson's Ferry Marker
Inscription.
Site of Thompson's Ferry. . , Where a part of the Mexican Army under command of General Antonio Lopez de Santa Anna crossed the Brazos on April 14, 1836 en route to an engagement with the Texans . This occurred one week later at San Jacinto, Erected by the State of Texas . This historical marker was erected in 1936 by State of Texas. It is in Richmond in Fort Bend County Texas

Where a part of the Mexican Army under command of General Antonio Lopez de Santa Anna crossed the Brazos on April 14, 1836 en route to an engagement with the Texans • This occurred one week later at San Jacinto

Erected by the State of Texas

Topics and series. This historical marker is listed in these topic lists: War, Texas Independence • Waterways & Vessels. In addition, it is included in the Texas 1936 Centennial Markers and Monuments series list. A significant historical date for this entry is April 14, 1836. 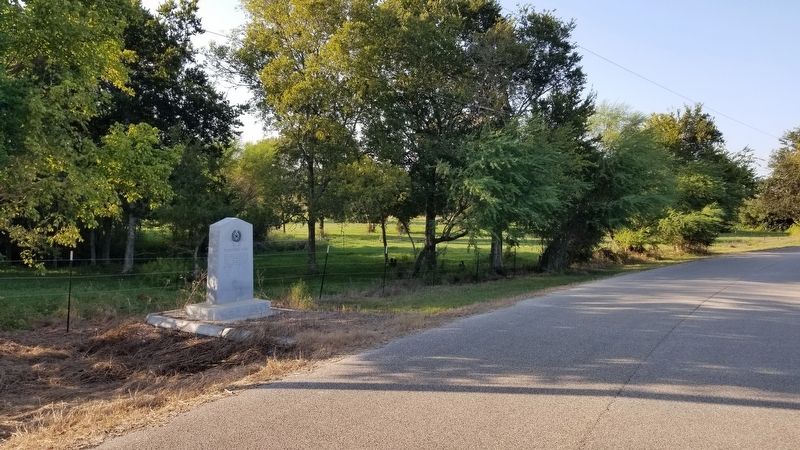 Regarding Site of Thompson's Ferry. Thompson's Ferry, on the Brazos River between San Felipe and Fort Bend, was operated from 1828 to 1834 by Jesse Thompson. It was important during the Texas Revolution. As Sam Houston's Texan army retreated toward Jared E. Groce's plantation, rear-guard contingents under Moseley Baker at San Felipe and Wyly Martin at Fort Bend sought to prevent the Mexicans from crossing the Brazos River. On April 9, 1836, Gen. Antonio López de Santa Anna, not wishing to be delayed by Baker's men at San Felipe, led a column downriver toward Thompson's Ferry. The Mexicans arrived at the crossing on the morning of April 12 and spied a black ferryman on the east bank of the Brazos. Col. Juan N. Almonte, who spoke English well, hailed the ferryman. Probably thinking that this was a countryman who had been left behind during the retreat, the ferryman poled the ferry across to the west bank. 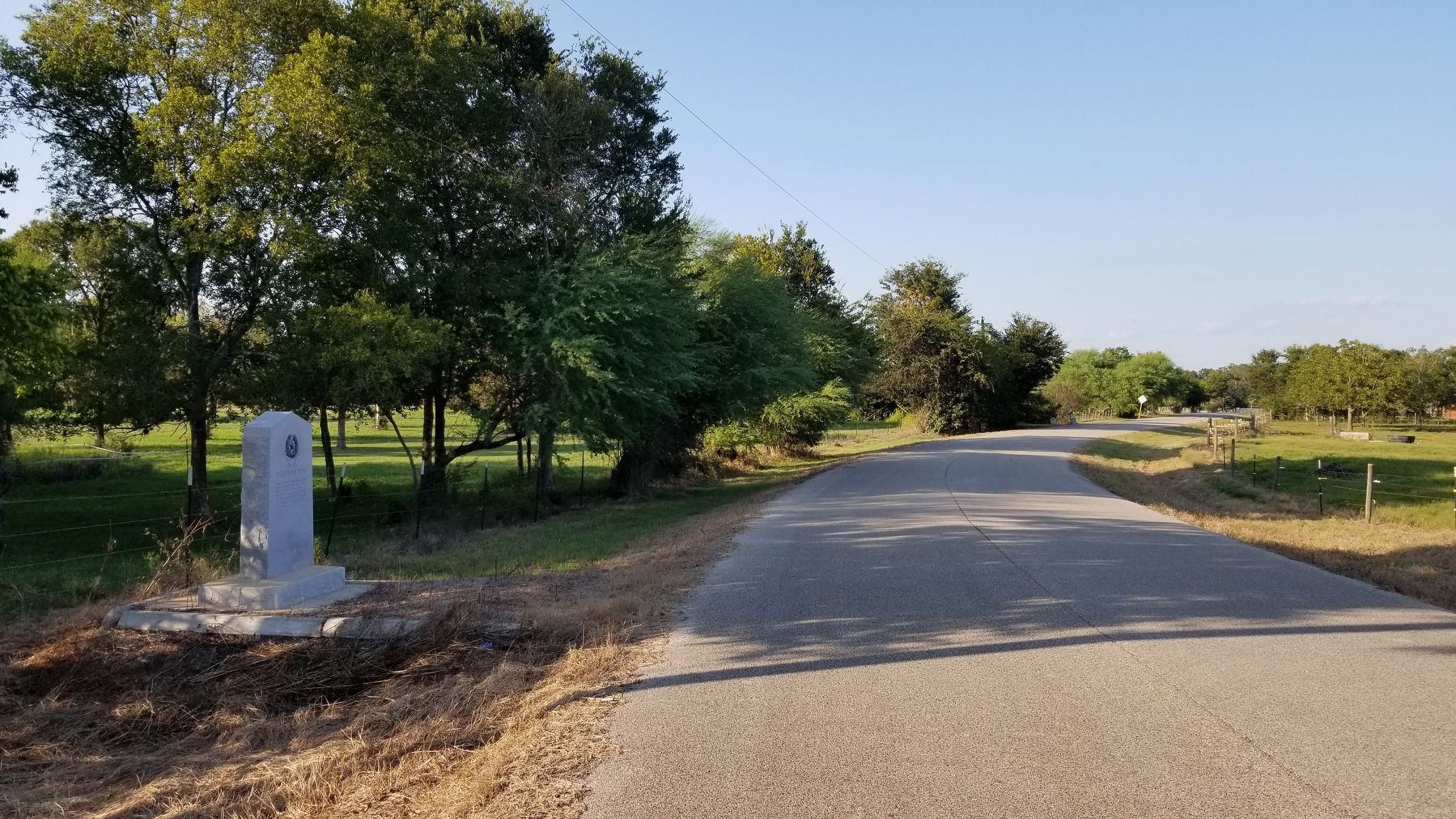 Photographed By James Hulse, October 10, 2020
3. Site of Thompson's Ferry Marker
Santa Anna and his staff, who had been hiding in nearby bushes, sprang out and captured the ferry. By this means the Mexican Centralists accomplished a bloodless crossing of the Brazos, which they completed by April 14. Twelve miles downriver, Martin and the Texans guarding the Fort Bend crossing learned that the Mexicans had crossed in force at Thompson's Ferry; outflanked and outnumbered, they had no choice but to abandon Fort Bend. Baker, also outflanked, was now obliged to end his dogged defense of the San Felipe crossing and join the rest of the Texans in their retreat. José Enrique de la Peña reported that after the battle of San Jacinto, 1,500 Mexican troops and four cannons were stationed at or near Thompson's Ferry under the command of Gen. Vicente Filisola. Peña asserted that if Filisola had force-marched his troops from Thompson's Ferry to San Jacinto, a mere two day's march, he might have undone the effects of the Texan victory. In 1936 the Texas Centennial Commission erected a monument at the ferry site.
Source: "Thompson's Ferry" TSHA Texas State Historical Association - Handbook of Texas