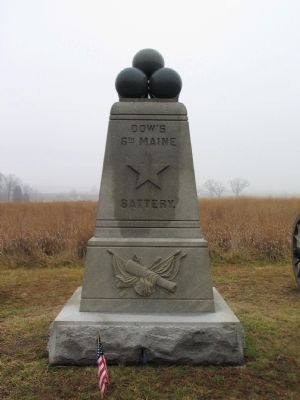 Topics. This memorial is listed in this topic list: War, US Civil. A significant historical year for this entry is 1862.

Location. 39° 48.197′ N, 77° 14.073′ W. Marker is in Cumberland Township, Pennsylvania, in Adams County. Memorial is on Hancock Avenue, on the left when traveling north. Located on the south part of Cemetery Ridge in Gettysburg National Military Park. Touch for map. Marker is in this post office area: Gettysburg PA 17325, United States of America. Touch for directions. 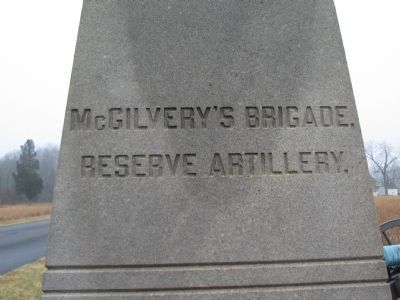 Photographed By Craig Swain, December 27, 2008
2. Left Side of Monument

Regarding Dow's 6th Maine Battery. Dow's Battery was Battery F of the 6th Maine Light Artillery. It was commanded by Lieutenant Edwin B. Dow and was part of the 4th Volunteer Brigade, Artillery Reserve. Dow was attached to McGilvery's 1st Volunteer Brigade during most of the battle. Thrown into action on July 2 as the Federal Third Corps withdrew, the battery fought east of the Trostle Farm. Later it relocated on Cemetery Ridge, where it participated in the actions of July 3. The battery brought four 12-pounder Napoleon guns into the battle, and lost none. Eight men of the battery were wounded, and five horses were lost. 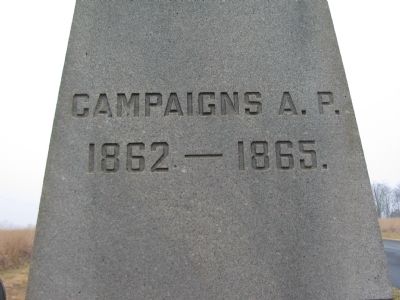 Photographed By Craig Swain, December 27, 2008
3. Right Side of Monument 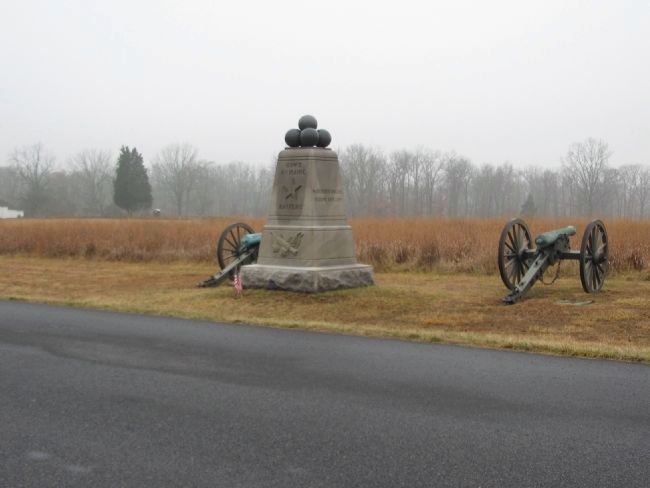 Photographed By Craig Swain, December 27, 2008
4. Dow's 6th Maine Battery Position
Two "False Napoleons" flank the marker. These pieces were regulation 6-pounder Field Guns altered to resemble 12-pounder Napoleons. The modification included turning off exterior features to present a smooth appearance. The modification were done in the 1890s by the Gettysburg National Battlefield Commission to overcome a shortage of guns for displays. 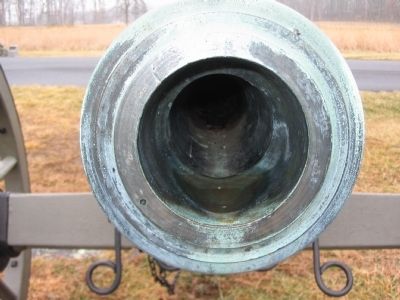