Confederate Army of the Valley District 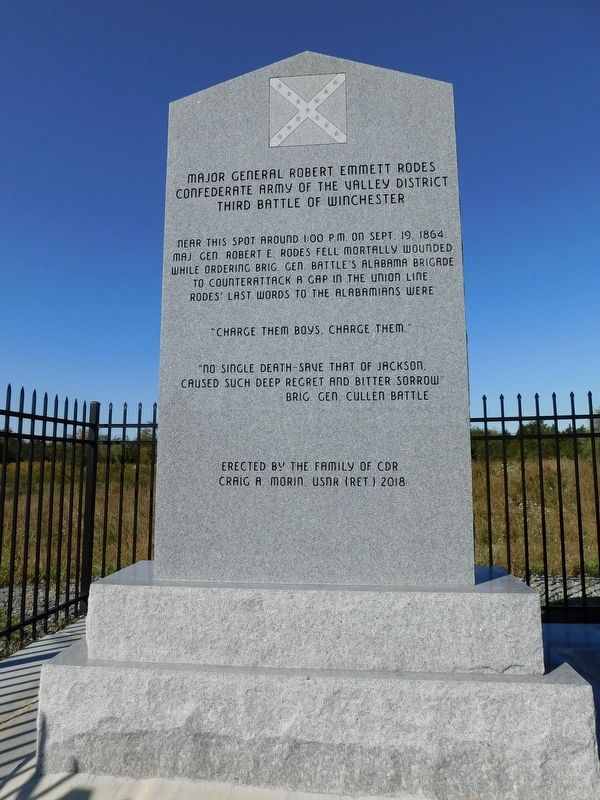 (front)
Near this spot around 1:00 P.M. on Sept. 19, 1864, Maj. Gen. Robert E. Rodes fell mortally wounded while ordering Brig. Gen. Battle’s Alabama Brigade to counterattack a gap in the Union line. Rode’s last words to the Alabamians were

"Charge the boys, charge them.”

Topics. This historical marker is listed in this topic list: War, US Civil. A significant historical date for this entry is September 19, 1864. 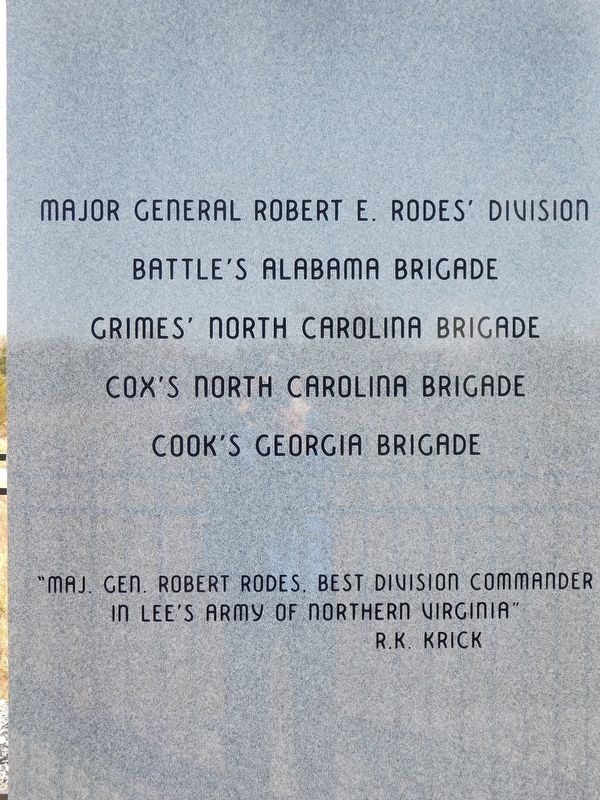 Click or scan to see
this page online
0.1 miles north of Gateway Drive, on the left when traveling north. Marker is in the West Woods section of the Third Winchester Battlefield and can be reached most directly from the southern trailhead (located on Getty Lane) for the Third Battle of Winchester Trail. Touch for map. Marker is at or near this postal address: 170 Getty Lane, Winchester VA 22603, United States of America. Touch for directions. 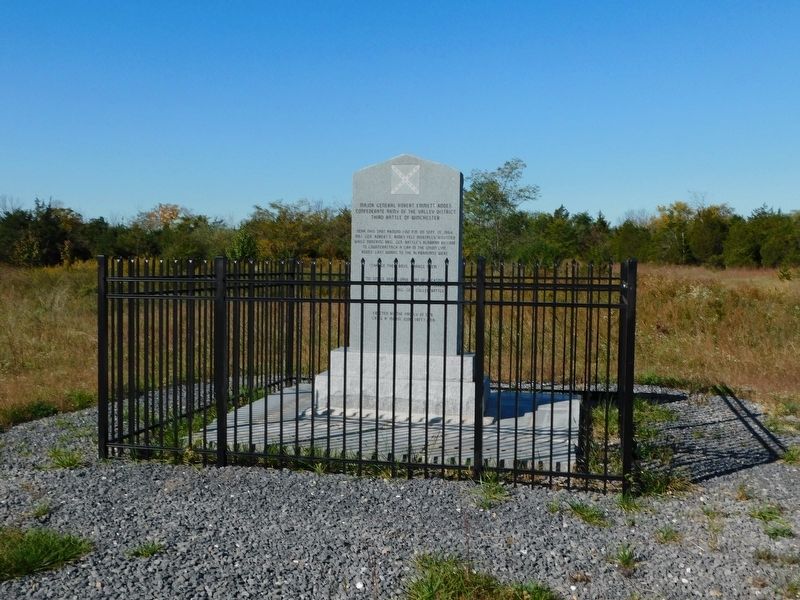 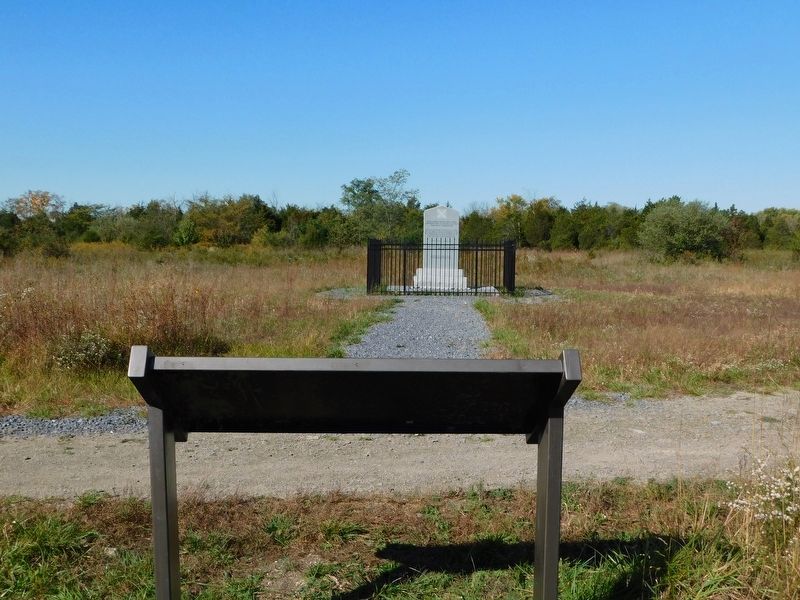