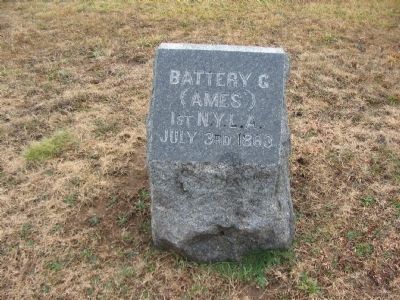 Location. 39° 48.165′ N, 77° 14.067′ W. Marker is in Cumberland Township, Pennsylvania, in Adams County. Memorial is at the intersection of Hancock Avenue and United States Avenue, on the left when traveling north on Hancock Avenue. Located on the south part of Cemetery Ridge in Gettysburg National Military Park. Touch for map. Marker is in this post office area: Gettysburg PA 17325, United States of America. Touch for directions. 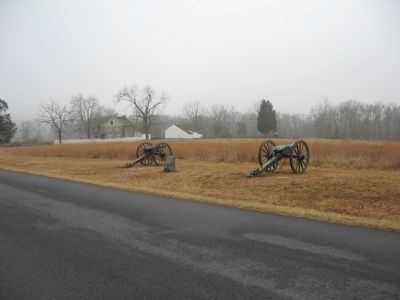 Photographed By Craig Swain, December 27, 2008
2. Ames Battery Position of July 3
Two "False Napoleons" represent the battery at this location. These pieces were regulation 6-pounder Field Guns altered to resemble 12-pounder Napoleons. The modification included turning off exterior features to present a smooth appearance. The modification were done in the 1890s by the Gettysburg National Battlefield Commission to overcome a shortage of guns for displays.

Click or scan to see
this page online
(about 600 feet away); Third Division (about 700 feet away). Touch for a list and map of all markers in Cumberland Township.

Related markers. Click here for a list of markers that are related to this marker. Battery G, 1st New York Light Artillery at Gettysburg. 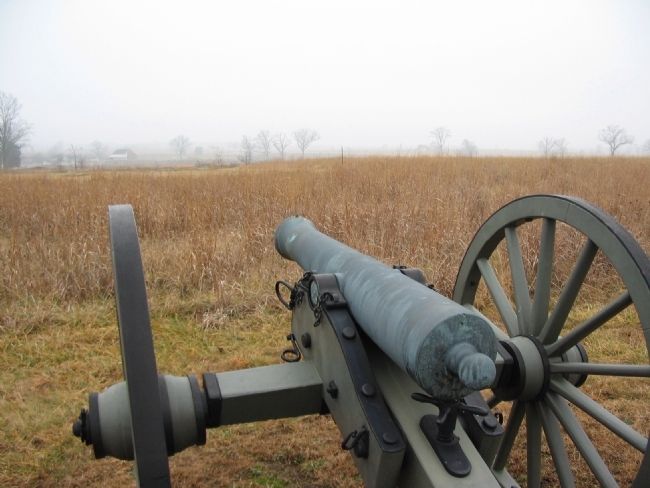