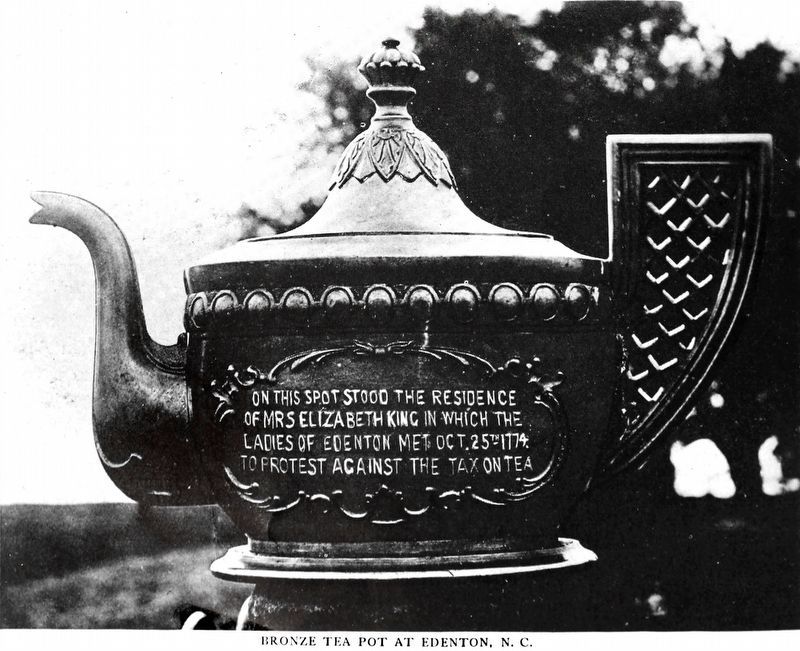 Internet Archive
1. Bronze Tea Pot at Edenton N. C.
from Daughters of the Revolution Magazine, Vol. LVI, No. 6, June 1922.
Inscription.
Residence of Mrs. Elizabeth King. . On this spot stood the residence of Mrs. Elizabeth King in which the ladies of Edenton met Oct. 25, 1774 to protest against the tax on tea . This historical marker is in Edenton in Chowan County North Carolina

On this spot stood the residence of Mrs. Elizabeth King in which the ladies of Edenton met Oct. 25, 1774 to protest against the tax on tea

Topics. This historical marker is listed in these topic lists: Colonial Era • Patriots & Patriotism • War, US Revolutionary • Women. A significant historical date for this entry is October 25, 1774.

Location. 36° 3.446′ N, 76° 36.495′ W. Marker is in Edenton, North Carolina, in Chowan County. Marker is on Colonial Avenue north of East Water Street, on the left when traveling north. This marker is near the Chowan County Courthouse. Touch for map. Marker is in this post office area: Edenton NC 27932, United States of America. Touch for directions. 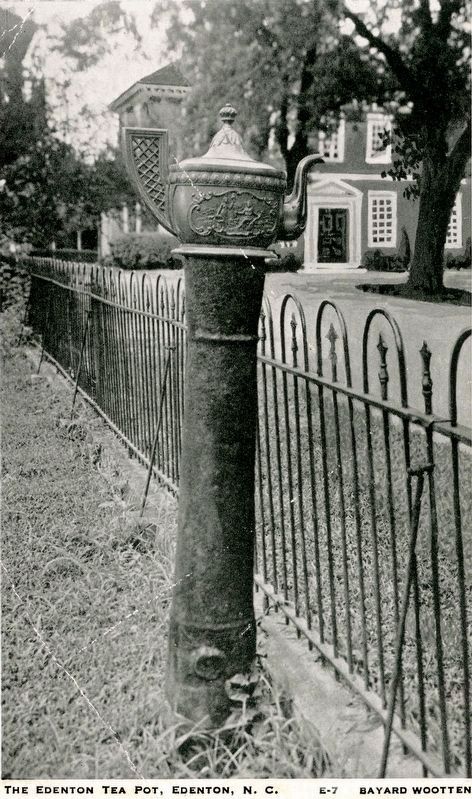 Click or scan to see
this page online
The Edenton Tea Pot. Commemorative Landscapes. “It is doubtful that a gathering of all 51 women who signed the resolves ever took place. The home of Mrs. William King was too small for such an assembly and the wording of the resolution does not indicate a gathering, but rather an agreement. There is no doubt, however, that the ladies of Edenton sent the document to England in 1774, making the resolution among the first public political acts by women in America.” (Submitted on October 27, 2020, by Allen C. Browne of Silver Spring, Maryland.) 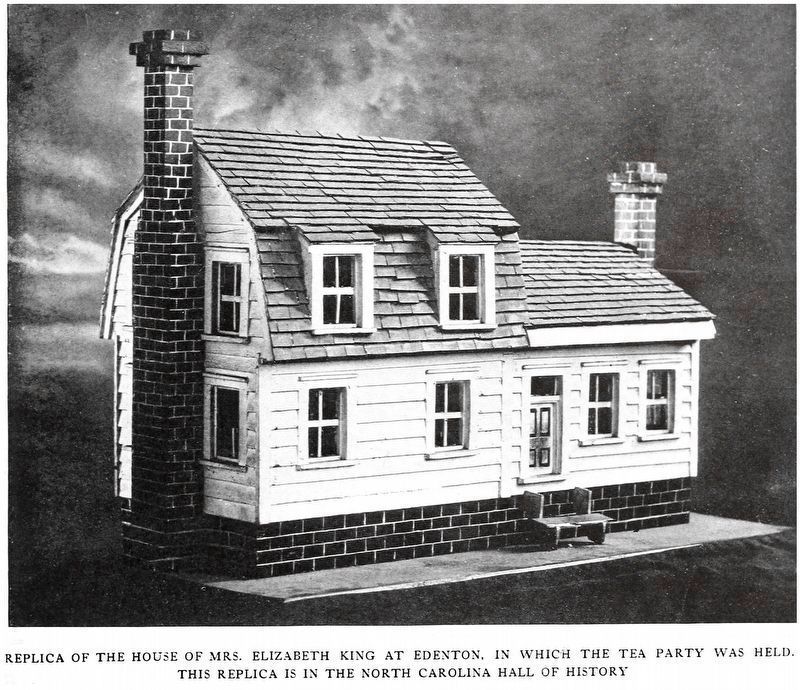 Internet Archive
3. Residence of Mrs. Elizabeth King
In Which the Tea Party was Held
This Replica is in the North Carolina Hall of History
From Daughters of the Revolution Magazine, Vol. LVI, No. 6, June 1922. 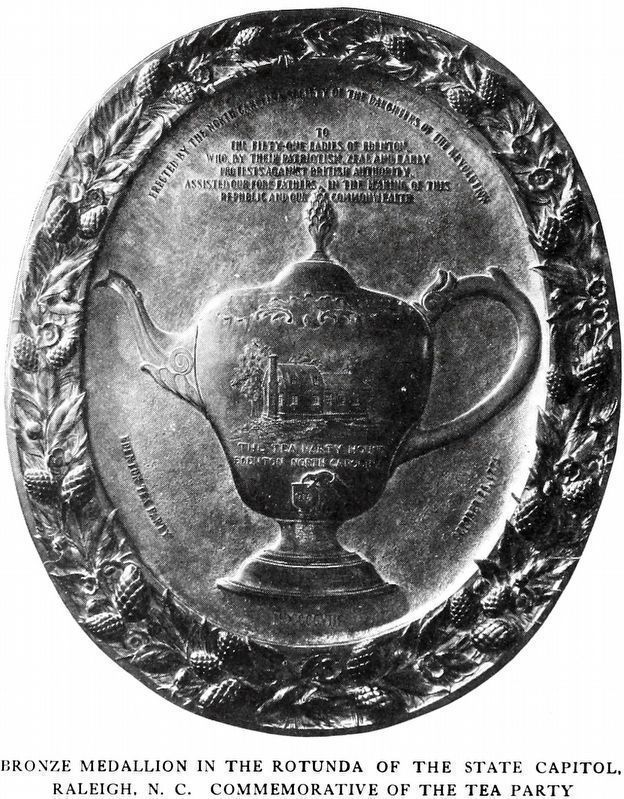 Internet Archive
4. Bronze Medallion
In the Rotunda of the State Capitol, Raleigh, N.C.
Erected by The North Carolina Society of the Daughters Of The American Revolution


To
The Fifty-One Ladies Of Edenton,
Who, By Their Patriotism, Zeal And Early
Protests Against British Authority,
Assisted Our Fore Fathers In The Making Of This
Republic And Our Commonwealth.